The UK is fighting back against COVID dystopia 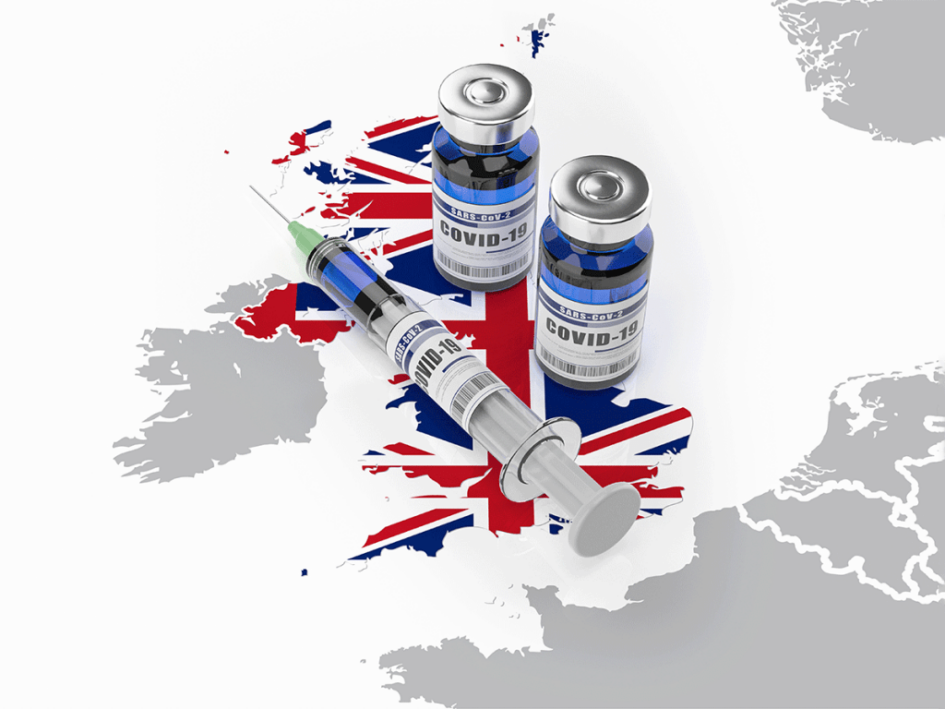 Australian authorities are walking into a wall of pain as they prepare to introduced vaccine passports, dividing the country into the vaccinated and the unvaccinated, with only those who have had the jab being allowed to resume anything like a normal life, such as going to a restaurant or a bar.

You might even be allowed to have visitors in your home.

TOTTNews were predicting more than 12 months ago that vaccine passports would be introduced into Australia, the only media outlet in the country to do so.

Here is their take on a rapidly escalating conflict with profound implications:

As the world continues to plunge deeper and deeper into an era of medical biofascism, it seems as if the United Kingdom is taking a surprisingly different turn.

England has made the decision to scrap vaccine passports as a requirement for venue entry, while the debate over vaccinating children has seen the narrative lose strength.

While political actors in Australia are continuously seen at daily press conferences driving home the notion that vaccine passports are ‘our strongest weapon out of the pandemic’, others have argued such a plan will create moral and ethical dilemmas in society.

The ‘vaccine passport’ – a document that signifies whether the holder has been ‘fully vaccinated’ or not – essentially slices society into two categories, with one side of the fence eligible for certain freedoms, while the other is left out in the cold.

In other words, medical apartheid of the highest order is the agenda at work.

However, as Australia doubles-down on this authoritarian direction, our brothers and sisters over in the United Kingdom are heading a different way. Particularly in England.

After reopening in July – with residents free to enter pubs, clubs and even travel overseas – the UK government has sensationally dumped its plan to rollout vaccine passports across England.

This week, British Health Minister Sajid Javid flagged fronted the nation to announce it was “unlikely” England would ever return to lockdowns, and that the government will also drop its plan to make people show a vaccine passport for entry to crowded events.

Claiming he “never liked the idea” in the first place, vaccine passports were set to be introduced at the end of this month – facing backlash from the citizens living domestically.

Mr Javid said after analysing the data and given the high vaccine uptake, there was no longer a need to rollout mandatory vaccine passports for residents to prove whether they’ve had the jab or not.

This is despite the fact that cases continuing to soar in the UK.

“We’ve looked at it properly and while we should keep it in reserve as a potential option, I’m pleased to say that we will not be going ahead with plans for vaccine passports,” Mr Javid told reporters.

The national passport plan would undoubtedly punish some members of society who, for various reasons (including the right to medical freedom), choose not to be vaccinated.

A great move in the right direction for the U.K.

Furthermore, the news gets even better from here.

Not only is England reported to be heading in this direction, but the Kingdom is no longer looking to target young children with their COVID-19 vaccine rollout.

18 months into this pandemic saga, we are now witnessing a push to get children jabbed.

Not only for children themselves, but now also for pregnant and expecting mothers.

The Epsilon Agenda begins to get serious.

In the UK, some very interesting developments have recently occurred.

Earlier this month, the UK’s vaccine advisors have decided to now advise against the vaccination of healthy children against COVID-19, saying the direct health benefits are “marginal”.

In its analysis of whether the rollout of coronavirus vaccines should be expanded to children aged between 12 and 15, the Joint Committee on Vaccination and Immunisation (JCVI) concluded that the benefits are “marginally greater than the potential known harms”.

Looking at numbers of children needing intensive care treatment for COVID-19, the JCVI said the “…margin of benefit, based primarily on a health perspective, is considered too small to support advice on a universal program”.

The Health Ministers from the four U.K. nations — England, Scotland, Wales and Northern Ireland —subsequently have asked their respective chief medical officers to make their own assessments.

As a result, Britain announced earlier this week they will still go ahead with offering jabs for children, however, it will only be a single dose and the decision remains in the parent’s hands.

Very interesting. Imagine if the government defied the TGA’s advice?

Division in the ranks between the vaccine regulator and the unelected health officials.

The propaganda is not as strong to maintain if narratives are divided.

Let’s hope that the other three nations take the JCVI’s advice on board in their decision-making.

This conflict of viewpoints is very different to the one-sided ‘consensus’ here in Australia.

The Australian Technical Advisory Group on Immunisation (ATAGI) recently provided advice to the federal government that the Pfizer vaccine was safe and effective for children aged 12 to 15.

We have already detailed why this is a bad idea.

Australia is still pushing ahead with double-jabs for children, with aims to go younger.

One risk that has been frequently highlighted in this discussion is the identification of a condition known as myocarditis, which involves inflammation of the heart muscle. Particularly in the young.

The risk IS not worth it, and one piece of evidence lies in the continued, growing case rates.

Though nearly 80 per cent of the UK’s adult population has been fully inoculated, the country has seen infection numbers edge higher over the past month following the lifting of restrictions.

Britain recorded another 42,076 infections on Friday, the highest daily total since July 21.

Virus-related deaths have also been rising, with another 121 recorded on Friday, taking the UK’s total to 133,041, Europe’s highest. Even with their vaxx targets reached.

This is because people are dying with underlying health conditions.

This is because the flu has been replaced and labelled as COVID, to much smaller rates.

Passports are a naturally a bad idea when taking these things into consideration.

Will we see Australia take this information on board and make an informed decision?

If the response to these announcements is anything to go by, probably not.

The Australian government is very well aware of data and decisions made overseas.

They claimed Australia had ‘beaten COVID’ in November 2020, while websites like TOTT News warned this was only the beginning of things to come.

We warned that booster shots were on the way, and that vaccines weren’t the ‘magic solution’. We warned about the second wave as the COVID narrative was declining last year.

This wasn’t due to a ‘crystal ball’. This was from watching overseas developments.

Those who were much further ahead in this game, like Israel — who now prepares to line up for their FOURTH vaccine shot, after revealing the effects only last FIVE MONTHS.

All theatre to distract from the fact that goal posts will change.

We can already see the mainstream establishment here in Australia crying that opening up at 80% will be ‘ill advised’ without children jabbed and indigenous communities covered.

Speaking to news.com.au, senior lecturer of social sciences at The University of Western Australia, Dr Katie Attwell, said the UK’s decision to abandon lockdowns and shelve their vaccine passport plan in England was “really risky” and driven around public policy rather than health advice.

“The UK government is making policy for its own context,” Dr Attwell explained of the decision, casting doubt that Australian state and territory leaders would follow suit.

“The current lurch seems to be very much informed by Boris Johnson’s concerns around frittering away the political capital that his government has with their conservative base. They are facing a massive health and social policy crisis,” said Dr Attwell.

Typical response from the ‘experts’ here in Australia.

They will fight opening up as long as possible, before finding a reason to switch the agenda.

Continuing to use the jabs as the ‘solution’ before they are shown to be useless.

Last week, NSW Premier Gladys Berejiklian announced certain freedoms will be granted to those who have received the double jab by mid-October, including a visit to the pub and having picnics.

The U.K. was doing these types of things many months ago.

The infrastructure for vaccine passports is already in place at home. Awaiting businesses to be tricked into developing their own coercive policies — and take the manufactured backlash as a result.

Passing the blame and the liabilities. Intended to drive Australia further towards Agenda 2030.

Australia has always been the little brother that sucked up to the U.S. and the U.K.

Who would of guessed we were the evil little brother after all.

When will Australia grow a spine and ditch this madness?

Member Circle: The Hatchery of Scientism