Notes From The Edge Of The Narrative Matrix 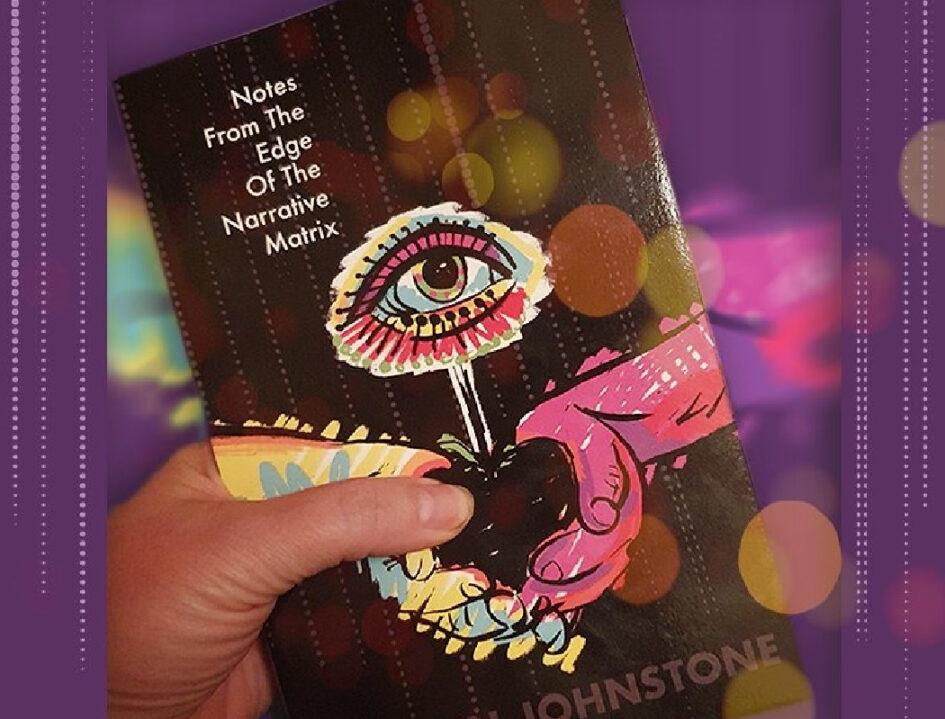 In Tolkien’s Middle Earth, the affairs of men are dominated by a cabal of wizards who understand the esoteric art of using language to manipulate reality in a way that advantages powerful rulers — Oh wait sorry that’s regular earth I was thinking of. That’s what happens here.

Some conspiracy-type people say the world is messed up because we’re ruled by illuminati or reptilians, but I’m way more out there than that: I say our entire society is made of imaginary thought stories with little relation to objective reality, and some clever manipulators have figured out how to exploit this.

The real underlying currency of our world is not gold, nor bureaucratic fiat, nor even military might. The real underlying currency of our world is narrative, and the ability to control it. Everything always comes down to this one real currency. If you look at what all these think tanks, NGOs, media outlets and grant making networks that billionaires pour their money into actually do, it ultimately boils down to controlling the dominant stories that people tell about what’s going on in their world.

Most of humanity’s problems boil down to an unhealthy relationship with narrative. Individually our suffering ensues from believed mental narratives about self, other and world, and collectively our destructive behaviors are driven by the propaganda narratives of the powerful.

Most people’s lives are dominated by mental story, so whoever can control those stories controls the people. The good news is that all we need to do to reclaim our world from the controllers is to reclaim our stories. The barrier between us and freedom is as thin as a fairy tale.

The world is messed up because powerful people think in terms of narrative control, and ordinary people don’t. Change that and you change the world.

The three most overlooked and under-appreciated aspects of the human condition are (1) consciousness itself, (2) the way compulsive thought patterns shape our experience and our lives, and (3) the effects of mass media propaganda. In that order.

The primary reason people are so vulnerable to propaganda is that hardly anyone clearly sees just how much human consciousness is dominated by mental narrative. There’s a night and day difference between reality and the stories minds tell about reality. Manipulators exploit this.

Most people assume that the mental stories in their heads are an accurate reflection of what’s happening outside their skull, and that simply isn’t the case. Manipulators know they can just feed people stories—narratives—about what’s happening and they’ll accept those narratives as reality.

Manipulators know they can trade a bunch of convincing words in exchange for all sorts of real valuables: money, sex, deals, loyalty, votes, political power. Humanity’s deluded relationship with narrative means you can get real, concrete treasures in exchange for pure illusion.

Most of the things which consume your attention are pure narrative constructs: religion, philosophy, culture, politics, the economy, even what you take to be your very self. But few ever take the time to sift these narratives apart from reality, so we’re hackable by manipulators.

For as long as there has been language and power there have been narratives circulating to advantage the powerful. Much of our so-called “culture” is just ancient power-serving protopropaganda deliberately interwoven into our ancestors’ worldviews.

If people truly understood the extent to which mental narrative dominates their experience of life, propaganda, advertising and all other forms of psychological manipulation would be regarded by our society similarly to physical assault or property theft.

Propaganda is the root of all our problems; people consent to inequality and injustice because they’re manipulated into doing so. And propaganda is only effective because we’ve got an idiotic societal taboo against acknowledging that we can be fooled. That our minds are hackable.

Manipulation only works when you don’t know it’s happening. Those who think they’re too clever to be manipulated (which would be the majority of people) are the most vulnerable to manipulation. If we just made manipulation more shameful than being manipulated, this could change.

You cannot form an accurate worldview without accounting for the fact that powerful people have invested a great deal in manipulating that worldview, and that to some extent they have probably succeeded. Because being manipulated is considered shameful, most don’t look at this.

I have been manipulated and fooled. So have you. It happens to all of us. There’s no shame in it. The shame belongs solely to those doing the manipulating and deceiving. Fraud is a crime for a reason, and the one they charge for that crime is not the victim, it’s the perpetrator.

Conmen will always try to convince you that it’s your fault you were conned. If they can do that, they get away with the con. This is true of all manipulators, and it’s why you should never blame the gullible. Being gullible isn’t a crime, being a conman is.

Nobody who is being successfully manipulated is free, and our world is dominated by mass-scale manipulation. It doesn’t matter how many “rights” you have on paper, if you’ve been manipulated into supporting or consenting to the agendas of power you might as well be in a cage.

As long as the powerful are propagandizing the people, the people aren’t truly operating with free will. Anyone who’s escaped a relationship with a manipulative abuser understands that you’re not really operating with much free agency while you’re being psychologically dominated.

Manipulation is a necessary component in long-term abusive relationships, because people don’t tend to stay in abusive situations unless they’re manipulated into it. This is true whether you’re talking about significant others or globe-spanning power structures.

The world would be so much better if everyone just watched people’s actions and ignored their stories about their actions. It would radically change politics, it would prevent abusive relationships, it would stifle manipulators, and it would transform human civilization.

If you ever feel unimportant, remember that rich and powerful people are constantly pouring effort and wealth into trying to manipulate the thoughts in your head.

Hi I’m Sleazy McPundit with WMD News. To explain why more internet censorship is needed to fight disinformation, here’s a panel of millionaires who are paid to lie to you.

War is the worst thing in the world. By far. If the rank-andfile public could see past the veil of propaganda and distortion and objectively see war for the horrific thing that it is, ending it would immediately become everyone’s foremost priority. Hence all the war propaganda.

It’s such a trip how opposition to mass-scale murder and oppression is the single most self-evidently correct position anyone could possibly take, yet so few take that position in a clear and unequivocal way. The reason is of course generations of propaganda brainwashing.

Nobody comes out of the womb demanding to go to war. Left unmolested it would never occur to a normal human brain that strangers on the other side of the planet need to have explosives dropped on them by overpriced aircraft. The problem isn’t people democratically voting for warmongers and consenting to military mass murder of their own free will, the problem is propaganda.

People only ever think you’re wrong to reject mainstream politics and media because they have no idea how fucked things really are.

It only takes a rudimentary understanding of human psychology to manipulate someone. Edward Bernays was recruited by the US government to study the science of modern propaganda in 1917. This science has been in research and development for over a century. Don’t underestimate its power.

Propaganda is so advanced that rank-and-file members of the public will openly cheerlead their government’s imprisonment of Assange so that their government can continue to lie to them.

The dawn of political insight is when you realize propaganda isn’t just something that is done by other countries and other political parties.

To be a real journalist you must ask inconvenient questions, shine light in inconvenient directions, refuse to parrot establishment narratives, and be indifferent to the approval of the powerful. To be a rich and famous journalist, you must do the exact opposite of these things.

Step 1: Be the billionaire class.

Step 2: Buy up all news media.

Step 5: Dominate the narrative about what’s going on in the world.