Lufthansa paid back its debt, Australia’s National Airline Qantas bought its own shares 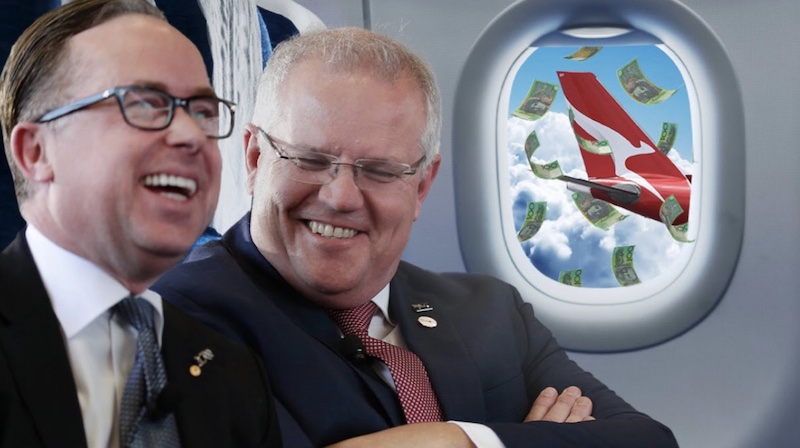 As the Spirit of Stuff-Ups continues, nothing puts the Qantas conundrum in starker relief than rival airline, Germany’s national carrier Lufthansa, which paid back its Covid debt to the German people last November.

“On behalf of all Lufthansa employees, I would like to thank the German government and the German taxpayers,” declared Carsten Spohr, CEO of Deutsche Lufthansa. “In the most serious financial crisis in our company’s history, they have given us a perspective for the future. This has enabled us to save more than 100,000 jobs.”

What’s the scam? The German government lent the money (1m euros), jobs were saved, service standards preserved. The Australian government gave billions in public subsidies instead of loans, standards plummeted and 9,400 lost their jobs while management banked the JobKeeper.

The scam is that, unlike many of the world’s airlines, Qantas is not bound by any minimum service obligations, let alone an obligation to pay the money back.

But the biggest scam came last week when Qantas handed down its profit results and declared a $400m share buy-back. The board apparently deems it okay for Alan Joyce and co to spend the airline’s excess cash – publicly subsidised cash – not on disaffected workers, not on tax, not paying back subsidies, not on services for customers but on … drumroll, buying its own shares in order to prop up the stock price and lift executive bonuses.

And now, with its fleet already under extreme pressure, as Michael Sainsbury reported here, Qantas has to put its A380s in for wing-crack maintenance at roughly 50 hours of engineering time per plane.