The Nightmare Story of the 21st Century: The Latest from the Brownstone Institute. 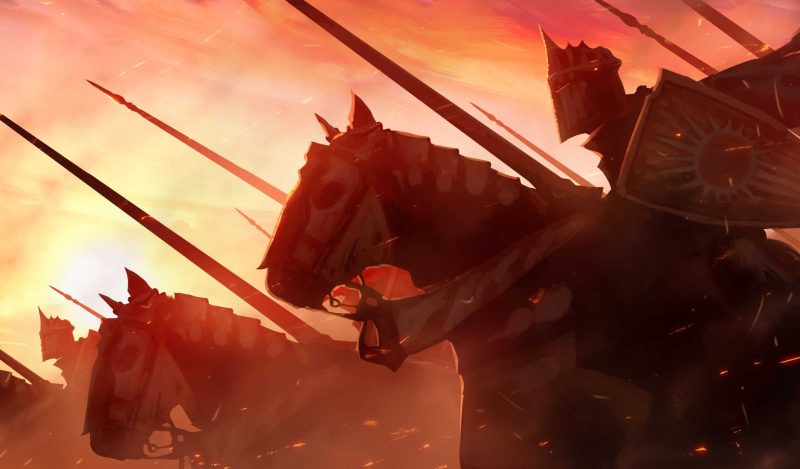 The Brownstone Institute has emerged as the world’s leading academic centre for covering the Covid story. Just when you think the story of corruption, coercion, death, injury and malfeasance couldn’t get any worse, it does. Brownstone says they intend to become a secure sanctuary for truth, reason, and science in the years ahead. “Such is needed now more than in many generations.”

Here is a sampling of their recent articles.

Medical ethics is about protecting society from medical malfeasance and the self-interest of the humans whom we trust to manage health. It is therefore disturbing when prominent people, in a prominent journal, tear up the concept of medical ethics and human rights norms. It is worse when they ignore broad swathes of evidence, and misrepresent their own sources to do so.

On July 8th 2022, The Lancet published a ‘Viewpoint’ article online: “Effectiveness of vaccination mandates in improving uptake of COVID-19 vaccines in the USA.” The article, which acknowledges the controversial nature of vaccine mandates, primarily concludes that coercing people to take a medical product, and reducing options for refusal, increases product uptake.

It further concludes that the best way to implement such mandates is for employers and educational institutions to threaten job security and the right to education.

The use of coercion goes against the established ethics and morals of Public Health, and could be argued to be anti-health. In this case, the article justifies it by stating that “the current evidence regarding the safety of COVID-19 vaccines in adults is sufficient to support mandates.” However, it offers scant evidence to back this assertion, and ignores all evidence to the contrary. They apparently consider the ability to work and support a family, or gain formal education, as something that is to be granted or taken away, not a human right.

The USA and its 50 state jurisdictions provide a natural experiment to test whether excess all-cause deaths can be directly attributed to implementing the social and economic structural large-scale changes induced by ordering general-population lockdowns.

Ten states had no lockdown impositions and there are 38 pairs of lockdown/non-lockdown states that share a land border. We find that the regulatory imposition and enforcement of statewide shelter-in-place or stay-at-home orders conclusively correlates with larger health-status-corrected, per capita, all-cause mortality by state. This result is inconsistent with the hypothesis that lockdowns saved lives.

On March 11, 2020, the World Health Organization declared a pandemic based on a reported outbreak in Wuhan, China of COVID-19 (hereafter COVID), the respiratory illness purportedly caused by the SARS-CoV-2 virus. On March 13, 2020 a national emergency was declared in the United States concerning the COVID-19 outbreak. In the US, this declaration resulted in a heterogeneous set of responses from health authorities and government officials in various states. Among those varied, state-wise policy responses, most states issued shelter-in-place or stay-at-home orders in March and April of 2020.

The motivation for these lockdown measures was to slow the spread of COVID-19 by limiting social interactions, under the assumption that the disease spreads by person-to-person contact. However, due to the independence of state governance in the US, the lockdown measures had a wide range of implementation and enforcement, with some states foregoing lockdowns altogether.

There exists strong evidence supporting the hypothesis that lockdowns placed a sudden and severe stress burden on vulnerable demographics in the US, leading to significant increases in death in those states that used lockdowns as disease control measures.

This summary is drawn from the authors’ larger study.

In a recent paper, Hafsi and Baba (2022) show how collective health fear, fed by politically fearful leadership, had generated a cascading, isomorphic set of exaggerated responses in most countries. Muller (2021) similarly shows how the trap of what she names “performative scientism” has led to a decision-making process that is secretive, paternalistic and dismissive of dissenting views. This resulted in excessive reliance on, and confidence in, catastrophic projections that informed the enforcement of an aggressive lockdown and vaccination policies regardless of their toll on public health and trust.

I argue that pursuing such a commitment bias was made possible by governments persuasively portraying the Corona outbreak as a “potential uncertainty” – one that no known possibility is sufficient to counter it, and therefore requires a distinctive perspective on the future, and the present. Its uniqueness is so overwhelming that it warrants and legitimizes new forms of mass surveillance, detention, and restrictions (Samimian-Darash, 2013).

In early March 2021, Israeli law required the presentation of a Green Pass certificate as a precondition for entering certain businesses and public spheres. Entitlement for a Green Pass was granted to Israelis who have been vaccinated with two doses of COVID-19 vaccine, who have recovered from COVID-19, or who are participating in a clinical trial for vaccine development in Israel.

The Green Pass was publicly justified as an essential measure for retaining immune individuals’ freedom of movement and for promoting the public interest in reopening the economic, educational, and cultural spheres of activity (Kamin-Friedman and Peled Raz, 2021). Kamin-Friedman and Peled-Raz even exclaim that “although the Green Pass may not correlate with trust building or the promotion of solidarity, it is ethically vital to consider its application under the Israeli circumstances” (2021: 3).

Yet, in August and September 2021, despite the policy, the case numbers continue to skyrocket, with over 7,000 new cases reported daily and approximately 600 people hospitalized in serious condition with the disease. This was despite over 57% of the country’s 9.3 million citizens having received two doses of the Pfizer/BioNTech vaccine, and over 3 million of Israel’s 9.3 million people having received a third shot. In response, the Israeli government broadened its scope to infringe on almost all aspects of life.

Jared Kushner had not yet read the news most likely. He was just telling an interviewer that he is working on getting more healthy because his generation is likely to be the first to “live forever” or the “last generation that’s going to die.” Therefore we need to “keep ourselves in pretty good shape.”

True, it would be awful to live forever and not be fit as a fiddle.

A good start to living forever might be, for example, taking steps toward longer life expectancy right now. Let’s just say that it is not going well. Americans over two years have lost on average three years of life expectancy. It’s a disaster by any standard, based on data that is mostly unfakeable.

Yes, it gets exasperating. At the very outset of lockdowns, so many said this would happen. The deployment of state power against a virus would unleash every manner of hell including economic collapse, population-wide demoralization, cultural confusion and crime, loss of hope, and overall ill-health. There was already a vast literature on this, and it was unbearably obvious that this would be the result.

Sadly, here we are two years later and all the data is pouring in. The CDC reports that in 2021, life expectancy fell yet again just as it did in 2020, for a total of nearly three years of lost life. The trend is grim.

The below is excerpted from Pfizer’s reported 2021 2nd quarter results. It refers to the company’s profit margin on sales of what is commonly known around the world as the “Pfizer” Covid-19 vaccine or, per its scientific codename, BNT162b2.

The highlighted information is also present in other Pfizer earnings reports. It is, namely, that Pfizer splits profits on sales 50-50 with the actual developer and owner of the product: the German firm BioNTech.

This means that the main financial beneficiary from sales of the “Pfizer” vaccine is in fact BioNTech. How so if the split is 50-50? Well, apart from its 50% share of the profit on Pfizer-branded sales, per the terms of its collaboration agreement with Pfizer, BioNTech also does direct sales in two reserved territories (Germany and Turkey), and, furthermore, it has a separate agreement with Fosun Pharma assuring it (per its own representations to the SEC) 30 to 39 percent of profits on sales in China. (For lack of authorization, the latter have thus far been limited just to Hong Kong.)

But if BioNTech’s profits on sales of the “Pfizer” vaccine are greater than that of Pfizer in absolute terms, its profit margin is far, far greater. This is because while BioNTech earns a 50% share of profits on Pfizer-branded sales, it does not share the associated manufacturing and marketing costs. The 50% are royalties.This explains BioNTech’s whopping 2021 pre-tax profit margin of 79%! See the below chart from BioNTech’s 2021 F-20 filing to the SEC. Over 15 billion euros in profits on nearly 19 billion euros in revenues, roughly equivalent to the same figures in dollars at the current exchange rate. Note too that BioNTech paid nearly one-third of those 15 million euros as corporate tax in Germany. BioNTech has never commercialized any other product. So, virtually all its profits are related to the “Pfizer” vaccine.

Any serious effort to end the crisis must deal with the problem of the administrative state and the bureaucratic power thereof. Without that focus, no reform effort can get anywhere. That is surely a main takeaway from the trauma of our times.

The solution has to be drastic and it has to work. The reason is simple: a free and functioning society cannot coexist with an undemocratic beast like this on the loose, making its own laws and running roughshod over rights and liberties with zero oversight from elected leaders. Until the administrative state is defanged and disempowered, there will be no representative government and no hope for change.

It’s obvious that the bureaucracies will not reform themselves. In promising an overhaul of the Centers for Disease Control and Prevention, for example, Rochelle Walensky emphasized better communication and less confusing messaging to the public. This is the appearance of an apology: “I’m sorry you’re upset.” The reform will be the same: cosmetic without reality. It will not deal with the central problem as plainly stated by Harvey Risch: “industry subservience and epidemiologic incompetence.”

The agency wants another chance. Maybe it does not deserve one. Still, let us reflect on how reform happens in the real world outside of government.

In the case of government bureaucracy, accounting operates very differently. Congress approves the money and it is spent. That’s the end. There are no consumers voluntarily electing to purchase their services. Their revenue is extracted via various forms of force.

The Government Accounting Office can make sure that the money incoming and outgoing are properly recorded and that overruns are minimized. Its loan accounts need to be in order and paid up if possible. This division and that division get an allocation and need to stick with it.

What’s missing here is any sort of metric that points to a larger concern: assessing whether any of this is actually worth it.