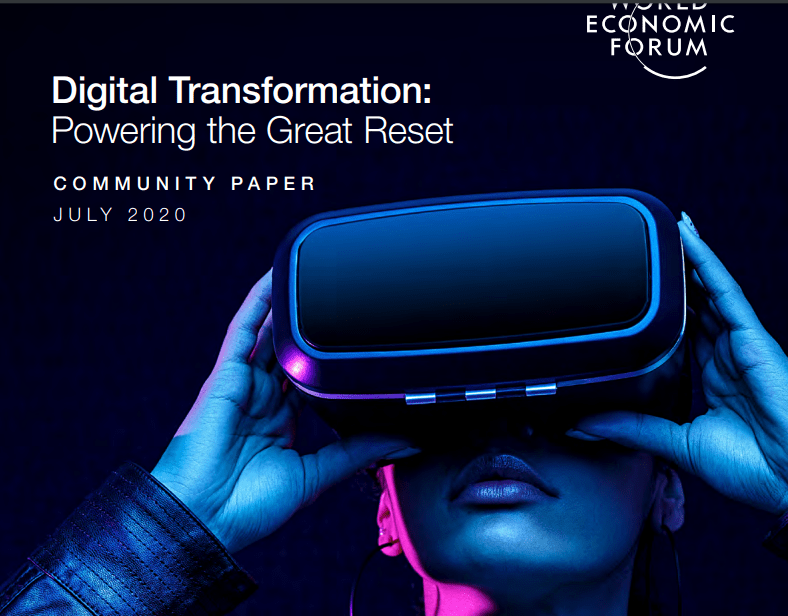 A year ago the obsessions of TOTT News Australia could easily have been dismissed as the tin-foil brigade: their multiple obsessions included Big Pharma, Big Tech, Bill Gates, uber surveillance and ever expanding state control over our lives, Agenda 2030 and eugenics. George Orwell and Aldous Huxley were oft quoted.

Except that what once appeared to be on the border of science fiction or conspiracy now appears to be in the process of becoming all too true.

TOTT News Australia is unlike any other news outlet in the country.

Clearly with some resources behind them, their preoccupations are not those of much of Australia’s mainstream media, the orthodox battles between left and right played out on defined social justice pastures. Nor do they much resemble any of the country’s increasingly lively independent media.

They share none of the preoccupations of the left: climate change, refugees, domestic violence, feminism, multiculturalism, gay marriage, indigenous disadvantage, the perfidy of the conservatives. Nor do they share the increasingly bewildered obsessions of the right: the lunacy of the Labor Party, the bias of the ABC, the misconduct of trade unions, the virtues of hard work and self reliance, the evils of China.

To this editor’s inflamed imagination at least in the beginning TOTT News had the feel about it of a counter intelligence operation, a project designed to mop up the crazies all the better to discredit them. Except that after a year when governments themselves became the biggest threat to a population’s well being, it was the crazies who are making more and more sense. The government has lost control of the narrative.

The march towards totalitarianism, to a frothing human insanity where individualism is discarded, group insanities rein and democracy is a distant charade, appears alarmingly in train.

And TOTT News has been on the job throughout 2020.

In April they ran a piece titled Questioning “COVID-19 will become Thoughtcrime”.

“Coupled with increased social engineering tactics, including appeals to ‘herd immunity’ during restrictions, foundations are being built for an approaching era of COVID-19 ‘thoughtcrime’.”

The role of social media companies in shaping the Covid narrative remains controversial to this day.

TOTT News were also quick to focus on the threats to freedom and liberty imposed by the authorities use of drones, something that has greatly expanded under Covid, including the monitoring of social distancing, lockdown protesters and even residences of activists.

“As COVID-19 restrictions tighten across the world, governments are harnessing the potential of drones. From delivering medical supplies, to helping keep people indoors — drones can do a lot in a pandemic.

“Like all technologies, the question with drones should be about how they are used. But embedding systems of control that can be turned against civilians is its own disaster in the making.

“The current heightened alarm comes in the wake of a Summer of Surveillance. Even before the pandemic.”

In “The Rise of Brain Reading Technology”, also published in early 2020, has also proved prescient; with algorithms now as a matter of course able to determine if you’re lying, your IQ, temperament, mood, cultural background and many other traits of the user.

“Technologies allowing thoughts and feelings to be translated and shared into digital form are already a reality, and in the era of neurocapitalism, your brain will soon require its own rights.”

“Nothing was your own except the few cubic centimeters inside your skull,” says Winston, the protagonist from George Orwell’s dystopian novel Nineteen Eighty-Four, published in 1949.

“The comment is meant to highlight the repressive surveillance state the characters live in. In retrospect, however, it may show just how lucky they are: At least their brains are still private.”

In the wake of that magnificent piece of work The Age of Surveillance Capitalism by Shoshana Zurboff, nothing could be more Orwellian than reality itself.

A new world of genetic DNA harvesting first takes root in common medical devices, and once engrained into society, incremental ‘improvements’ are made to eventually trap the masses.

This is similar to television, smart phones and many other aspects of the Web of Control.

Now, common medical assistance technology are doing way more than simply monitoring a condition — they are also collecting, analysing and storing other parts of the human body.

Many naysayers believe that COVID-19 tests with capabilities to harvest DNA is science fiction.

A take a look at a few examples of the frontier of ‘medical science’ and what they are achieving will show you that this theory is not very far fetched at all. In fact, it’s very achievable.

TOTT News has hit 2021 in full stride, with their piece “Gain-of-Function: The Blurred Lines of Biowarfare and Vaccine Research” once again marching to a different drummer to almost anyone else in Australia’s rapidly developing alternative media scene.

“This month marks a year since the magnitude of the coronavirus saga began to manifest, and subsequently, a year worth of evidence regarding its origin.

“Was it really a bioweapon? Or a gain-of-function experiment gone wrong? Perhaps, upon examination, the data is more complex than imagined.

“Consulting the best medical journals and US military documents, it’s time to explore the blurred lines between bioweapons and vaccine research.”

What was science fiction only a year ago has now been accepted as reality by Australia’s compliant, poorly educated populations. Loss of the right to protest, virtual house arrest, martial law by health bureaucrat diktat? Not possible 12 months ago. Perfectly possible now.

TOTT News, with its pro-natural health and anti-vaccination sympathies, has argued that individuals should be extremely suspicious of the behaviour of Big Pharma and Big Tech in league with Big Government.

Social media and the shallow intellectual pond of Australia’s mainstream media have combined to accentuate mob behaviour in a truly alarming way.

The blatant fear mongering, the blizzard of propaganda and contradictory edicts has made many people suspicious. Be wary. Be aware. Stay attuned to the numerous professionals who regard the behaviour of Australian governments through the Covid era as nothing short of insane. Don’t sneer before you hear. Trust no one.