Dusty Starr Australia: Make A Stand While You Can 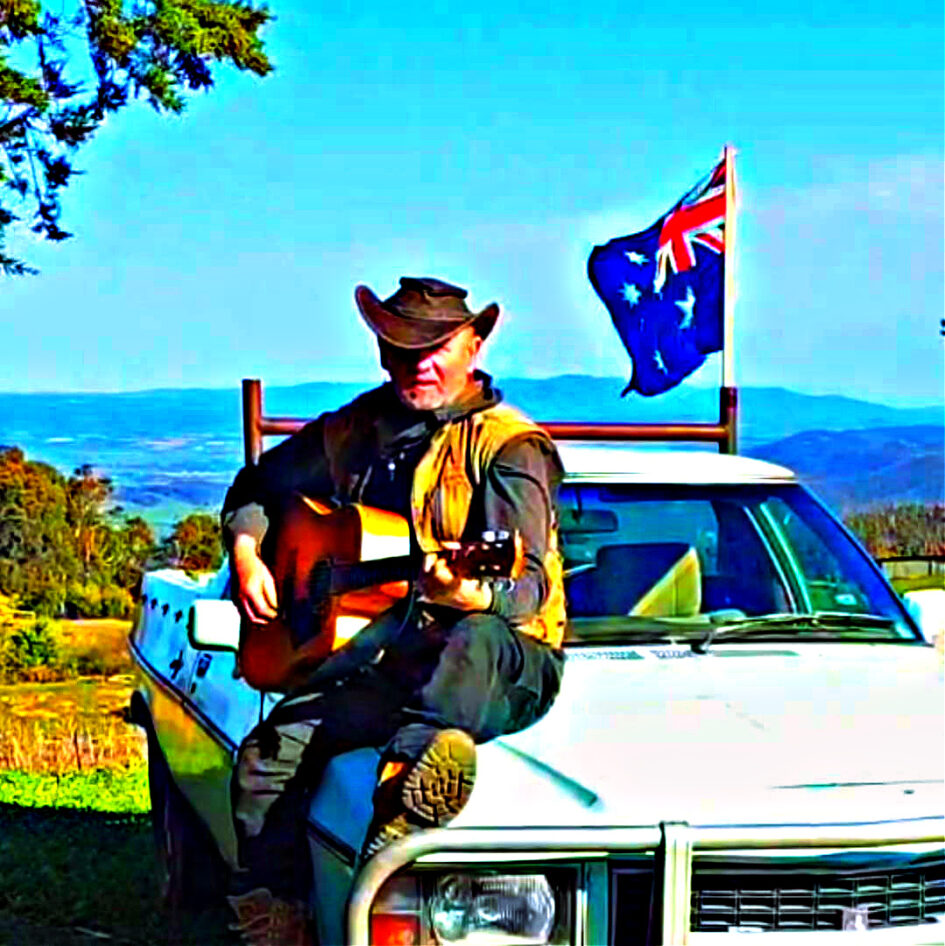 Dusty Starr is from Kinglake Ranges, the mountain districts north of the world’s most locked down city, Melbourne Australia.

A well known star of Australian country music, like so many other Australians he has been radicalised by the draconian overreach of the Australian government’s response to the Covid era.

He has attended and performed at 15 of Melbourne’s often violent anti-lockdown and anti-vaccine mandate demonstrations over the past two years.

And like so many other Australians, he has joined the Canberra Convoy, which has now attracted thousands of people to the nation’s capital and is growing by the day, by the hour.

Never a protest singer, the times have forged him into an outspoken critic of the authoritarian derangement which has overtaken his beloved country.

Six o’clock
The news is hot
You’ve got a brand new enemy
Fears, tears, raise your shields and spears
No place for conspiracy
Politics, biased media tricks
As easy as ABC
Keep the faith
They’ll keep you safe
While they take away our liberty’s

Well we thought 2020 was gonna give us plenty
But W H O is blaming the bats
And that’s that
Or did it
Escape from the lab in Wuhan, make its way from Beijing
The Corona 19

Now we’re from the right
And we’re shaking to the left
We close our eyes
Open wide
And take the test
We do a lock down turn around
Jump up and scream.
We’re just waking up to Corona 19

Our economy, where is it going to be
Are we gonna lock down every time we sneeze
We could be up the Belt and Road
With a heavy heavy load, from the Corona 19
Weve been shaken to the left. Weve been shaken to the right
We marked our face
blocked ears and
We shut our eyes tight
We’ve done a lockdown turn around
We Jumped up and screamed
We’ve just woken up to the Corona 19

Australia don’t dob in your neighbour
Australia, Don’t dob in yu neighbour
It’s not what this great nation stands for
Yeah it’s time to do our bit
But it ain’t like us to snitch
And turn upon each other, like never before

Now some of us can stay home
And some, to work we have to go
Some are doing ok and some real hard
Some receiving benefits
Some receiving non of it
Some doing what they can, trying not to starve
So come on, Australia
Don’t dob in yu neighbour
It’s not something we would do in the past
And taking out our rage on our community Facebook page
And calling coppers, will make you look like an ass

So let’s all do our bit
And give these germs the flick
But let’s not loose the plot along the way
Let’s not sacrifice, our free Australian way of life
Cause dobbing in each other is not ok

So come on Australia
Don’t dob in in your neighbour
These hard times will surly pass
Let’s not loose our self control from our lack of dunny roll
Cause dobbing each other in
Makes you look like an ass.

Australia Don’t Dob In Your Neighbour.

One thing about history
It helps you see how tomorrow could be
And if you think we’ve learnt from our mistakes
There just reruns, old repeats
Denying freedom of speech
Propaganda machines
Clearing the way for a new regime
And when they call in the dogs
To herd all the sheep
It’s time to hit the streets

To listen to Dusty Starr on Spotify go here.

To listen to Dusty Starr on Facebook go here.