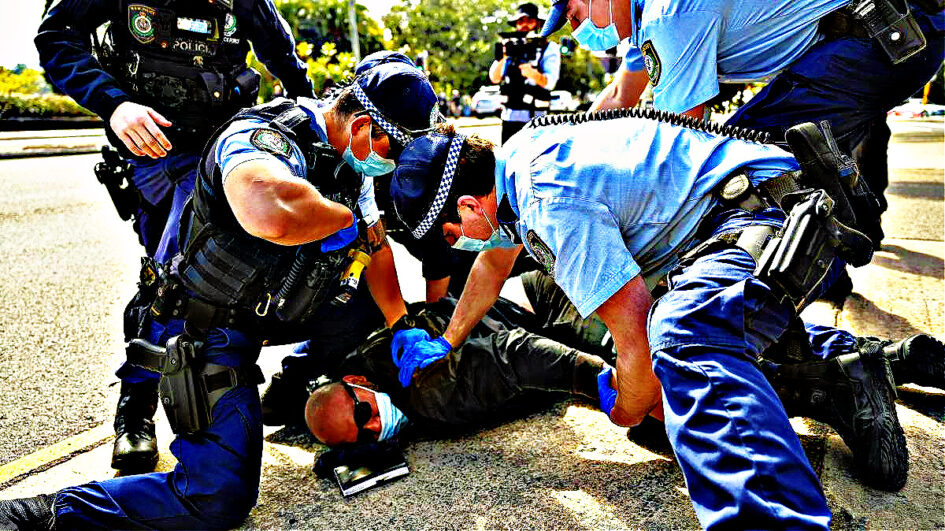 During the COVID-19 pandemic, and particularly during periods of lockdown, police in Australia have been given unprecedented and extraordinary powers to enforce COVID-19 restrictions.

From 25 June 2021, when Greater Sydney, the Blue Mountains, the Central Coast and Wollongong went into lockdown, NSW police have too often taken a heavy-handed approach to enforcing COVID-19 Public Health Orders. These Orders were frequently modified, often with a days’ notice and without sustained processes to clearly and accessibly communicate their content to relevant communities. The final version of the Public Health Order (COVID-19 Additional Restrictions for Delta Outbreak) runs to 56 pages.

Since the lockdown began, dozens of people have experienced concerning interactions with police, including being incorrectly issued fines and being stopped and searched under the pretext of the COVID-19 restrictions. The confusing nature of the Orders and the impunity given to NSW Police in relation to incorrect issuing of fines early in the lockdown were key contributors to this haphazard and overly punitive approach.

The COVID policing website, established in 2020 to capture incidents of COVID-related policing, has received a number of reports from individuals who experienced unjustified and harmful policing during the 2021 NSW lockdown.

The Public Health Orders during the 2021 lockdown did not contain any specific provisions relating to protests or human rights-related activities, effectively making protest a prohibited activity during the NSW lockdown. The policing of the few COVID-safe protests that happened during the lockdown was heavy handed, and resulted in peaceful protesters and legal observers being fined tens of thousands of dollars.

The policing of Public Health Orders

Many of the concerns reported to the COVID policing website involved police not using discretion when issuing fines, police misunderstanding the COVID-19 Public Health Orders, and mistakenly issuing fines to those not breaching restrictions.

Many of these interactions occurred within the Fairfield, Canterbury-Bankstown and Liverpool LGAs which were placed under particularly harsh lockdown restrictions. On one occasion in Bankstown, a person exercising in the park was accused by an officer of ‘loitering’ and fined $1000. The person, who has a disability that causes muscle weakness, reported that they explained this to the officer, but the officer still fined them. The person said they told the police officer multiple times that “exercise to me probably looks a lot different than exercise to you as I have a disability”, but received no response to this from the officer.

“Exercise to me probably looks a lot different than exercise to you as I have a disability.”

A PERSON FINED IN BANKSTOWN FOR EXERCISING DURING LOCKDOWN

In Blacktown, people reported being searched while being stopped in relation to COVID restrictions. This reflects findings from 2020 that police searched 45% of people stopped with regard to COVID-19. It is unclear how searches enforce COVID-19 Public Health Orders, or protect the public from contracting COVID-19. Concerningly, the 2020 research also found that Aboriginal and Torres Strait Island people were disproportionately subject to being arrested and searched by police in relation to COVID-19.

On numerous occasions reported to the COVID policing website, police did not appear to be aware of the content of their powers under the COVID-19 restrictions and mistakenly issued ‘move on’ orders or fined people who were not breaching Public Health Orders. In one case in Marrickville, a person was issued with a warning and a ‘move on’ order when returning from their partner’s home. They were asked to confirm their addresses and that they were within 5 kilometres of their home, although the 5 kilometre restriction did not apply to visits to intimate partners. They reported feeling intimidated by police, and that they were the only person in the area stopped by police.

NSW Police’s misunderstanding and misapplication of restrictions and the mistaken issuing of fines is particularly concerning given police were given discretion to not issue fines. Many of the people fined reported that the fine had a significant impact on their mental well-being and on their finances, particularly as some of them had been stood down or subject to reduced working hours because of the lockdown.

“While on-the-spot fines are often perceived as a modest form of penalty, their effects can be extremely punitive and long-term, especially for those already experiencing socio-economic disadvantage.”

PROFESSOR LUKE MCNAMARA FROM THE UNSW CENTRE FOR CRIME, LAW AND JUSTICE

During the hard lockdown of the Common Ground housing complex, NSW police reportedly searched residents’ deliveries, seized and confiscated personal items, and distributed personal items to the wrong recipients. The Public Health (COVID-19 Self-Isolation) Order No 3 and the Public Health Act 2010 do not provide any express or implied powers for NSW Health or NSW Police to search or confiscate the belongings of individuals who are required to self-isolate, or to impose limits on their consumption of legal substances. These actions, alongside the impunity given to NSW Police officers to wrongly issue fines without subsequent accountability, demonstrate a disregard for the rule of law.

The policing of protests

The NSW Public Health Orders during the 2021 lockdown did not specifically address protest as a relevant activity or define ways in which protest could be carried out in COVID-safe ways. In effect, this meant all protests became prohibited for the duration of lockdown. This prohibition was enforced by NSW Police, who took a heavy-handed response to two small, COVID-safe protests observed by Legal Observers NSW.

On 1 August, 9 protesters were fined a total of $9000 at a COVID-Safe protest car convoy – all were wearing masks, in cars with people from the same household, and all stayed within their cars during the protest. Over 200 police officers, including members of the Public Order & Riot Squad and mounted police, were present at the protest. A number of protesters had driven the route prior to the protest without incident, but were allegedly stopped and fined within minutes of putting signs or chalk on their cars.

NSW Legal Observers also observed a COVID-safe protest on 11 September held in response to the harsh lockdown of the Common Grounds housing complex. Residents at Common Ground had asked those living within a 5km radius to show solidarity by wearing purple and exercising in a COVID-safe way outside the complex.

Police issued a move order to everyone near Common Grounds within 30 minutes of the protest beginning. Police issued one person a direction to return home because he was filming the police, compelled people to show their IDs, questioned people about their reasons for being there, issued multiple directions for people to “move on”, and warned people that “failure to comply is an offence”. Police also directed a resident of Common Ground, who was standing on her balcony, to “stop blowing bubbles”.

POLICE DIRECTION TO A RESIDENT OF COMMON GROUND

Concerningly, police also issued a “move on order” to two legal observers, told them they had no right to observe under the current restrictions, and took photographs of legal observers. Legal observers play an important role in ensuring that human rights are protected at protests, and have a right to be present at protests. Despite moving on when ordered, these two legal observers later received fines for failing to move on, which are the subject of ongoing review requests and a complaint against police.

The policing of Public Health Orders

The policing of protests