A Celebration of Genius: Maria Popova and Figuring. 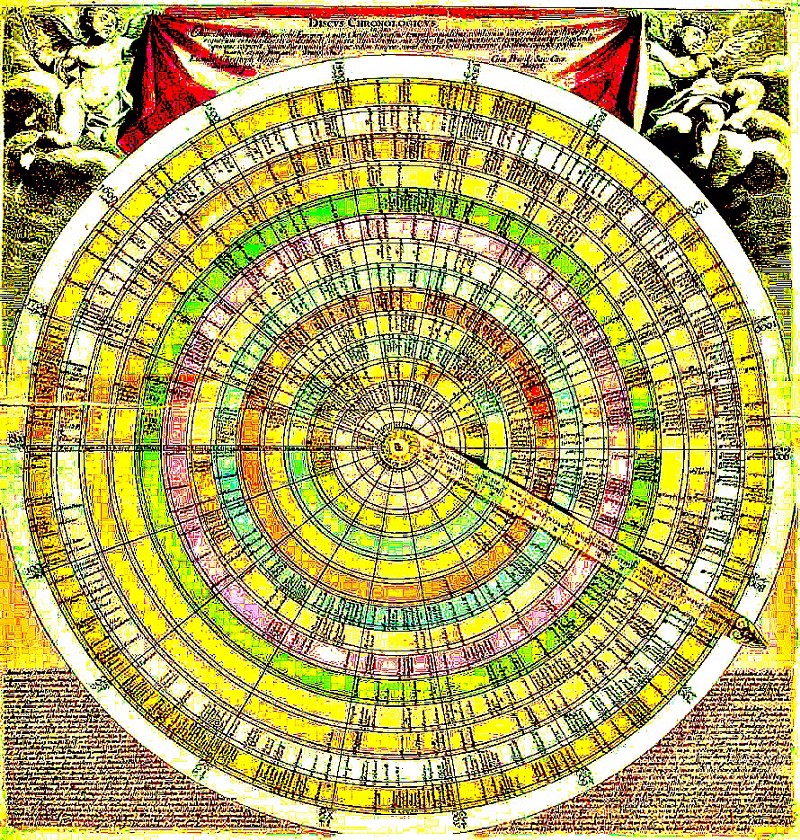 Luminously intelligent, gifted with a great eye and a startling, incandescent love of beauty, the already celebrated Maria Popova has finally put out a book. Figuring, is now available.

There is nothing else on Earth quite like it, where we can roam almost whimsically through the best of the best, be you obsessed or intrigued with the works of Albert Einstein or Albert Camus, Tchaikovsky or Walt Whitman.

Or whether your passion lies with the latest works the world’s leading scientists and theoreticians, such as Black Hole Blues and Other Songs from Outer Space by scientists Janna Levin, with whom Popova has a particular affinity.

In this era of hyper-connectivity, where genius can flourish as never before, there is a flip side: ever darker, crueler, insaner, coagulating pools of spiritual darkness, secret wars as ancient gods reap their souls.

The internet allows discovery and finds an audience for the greatest intellects of the age.

At the same time a new barbarism is let loose, while the pallid quality of media conceals the truth. There has been a deliberate dumbing down of public discourse.

Against these darkening shadows, frightening, malevolent pools of ignorance, there are people trying to trigger an Enlightenment.

Maria Popova is one such person.

Brain Pickings: An Inventory of the Meaningful Life is an antidote to fear mongering and blood drenched ideologies, the appalling military misadventures, bombings, massacres and frequently brutal, futile and remarkably cruel losses of life which pervade our realm.

Where I grew up in Australia there was no quicker path to unpopularity than topping the class or being caught reading a book.

Stick your head up and you will get it chopped off.

Maria Popova is at the other end of the spectrum, celebrating exceptional intellect and triumphant creative achievement with every waking breath.

She says of her first book:

I have composed a book. It only took twelve years of Brain Pickings and the most beautiful, difficult, disorienting experience of my personal life.

Figuring explores the complexities, varieties, and contradictions of love, and the human search for truth, meaning, and transcendence, through the interwoven lives of several historical figures across four centuries — beginning with the astronomer Johannes Kepler, who discovered the laws of planetary motion, and ending with the marine biologist and author Rachel Carson, who catalyzed the environmental movement.

Long ago, a kindly interviewer asked me why I routinely declined offers for the types of easy, marketable books I am frequently approached about doing.

I told him (please suspend judgment: I was in my twenties) that I had no interest in putting into the world a book that has the shelf life of a banana.

I hope Figuring has the shelf life of a shelf.

Maria Popova has just released this Prelude to Figuring:

All of it — the rings of Saturn and my father’s wedding band, the underbelly of the clouds pinked by the rising sun, Einstein’s brain bathing in a jar of formaldehyde, every grain of sand that made the glass that made the jar and each idea Einstein ever had, the shepherdess singing in the Rila mountains of my native Bulgaria and each one of her sheep, every hair on Chance’s velveteen dog ears and Marianne Moore’s red braid and the whiskers of Montaigne’s cat, every translucent fingernail on my friend Amanda’s newborn son, every stone with which Virginia Woolf filled her coat pockets before

wading into the River Ouse to drown, every copper atom composing the disc that carried arias aboard the first human-made object to enter interstellar space and every oak splinter of the floor-boards onto which Beethoven collapsed in the fit of fury that cost him his hearing, the wetness of every tear that has ever been wept over a grave and the yellow of the beak of every raven that has ever watched the weepers, every cell in Galileo’s fleshy finger and every molecule of gas and dust that made the moons of Jupiter to which it pointed, the Dipper of freckles constellating the olive firmament of a certain forearm I love and every axonal flutter of the tenderness with which I love her, all the facts and figments by which we are perpetually figuring and reconfiguring reality — it all banged into being 13.8 billion years ago from a single source, no louder than the opening note of Beethoven’s Fifth Symphony, no larger than the dot levitating over the small i, the I lowered from the pedestal of ego.

In Her Own Words

Before I saw an image of her, from the depth and breadth of her reading I had always assumed that Maria Popova was an elderly Jewish New York intellectual grandmotherly type.

Well of course she’s nothing of the kind.

Here’s some of her story in her own words.

On October 23, 2006, Brain Pickings was born as a plain-text email to seven friends. Halfway through my senior year of college, juggling my various jobs and academic course load, I took a night class to learn coding and turned the short weekly email into a sparse website, which I updated manually every Friday, then, eventually, every weekday.

The site grew as I grew — an unfolding record of my intellectual, creative, and spiritual development. At the time, I had no idea that this small labor of love and learning would animate me with a sense of purpose and become both my life and my living, nor that its seven original readers would swell into several million. I had no idea that this eccentric personal record, which I began keeping in the city where Benjamin Franklin founded the first subscription library in America, would one day be included in the Library of Congress archive of “materials of historical importance.”

I think there’s something to be said for a cross-disciplinary angle that’s still underpinned by a common thread. For me, that’s the belief that our creativity is merely our ability to combine and synthesize different pieces of knowledge, memory, ideas, inspiration and other bits of information we gather over the course of our lives into remarkable new creations, new ideas. I see my role as content curator as a curiosity guide and enabler of this kind of combinatorial creativity, so I try to make sure the content on Brain Pickings reflects that, make sure it enriches people’s mental reservoirs with eclectic and diverse bits that help them build more interesting original creations.

The “before others” element isn’t a big factor for me. I have a serious distaste for newsiness and forced “coolhunting,” because I believe some of the richest, most compelling content is evergreen. Whether it’s the brand new work of an emerging photographer or fascinating footage from some vintage archive, what matters to me is what makes it relevant and timeless, why it needs to be brought to the foreground of our collective conscience — that’s what I try to do.

What makes a writer great?

The same thing that makes a human great:

Curiosity without ego, and generosity of spirit. No amount of talent is worth anything without kindness.

There’s nothing like being tossed into necessity to help you figure out who you are and what matters most in life — necessity may be the mother of invention, but it’s even more so the fairy godmother of self-invention.

We’ve created a culture that fetishises the new(s), and we forget the wealth of human knowledge, wisdom, and transcendence that lives in the annals of what we call “history” — art, literature, philosophy, and so many things that are both timeless and incredibly timely.

Our presentism bias — anchored in the belief that if it isn’t at the top of Google, it doesn’t matter, and if it isn’t Googleable at all, it doesn’t exist — perpetuates our arrogance that no one has ever grappled with the issues we’re grappling with. Which of course is tragically untrue.

The many brilliant facets of Brain Pickings have accreted over the years, so that now you can wander down many avenues, adding constantly to a list of Must Read books most of us do not have the time, the focus or the intellectual ability to absorb.

Certainly not all of them.

Even with the help of a guiding hand like Popova.

Here is just one of the many posts that have intrigued me.

The Magic of the Book: Hermann Hesse on Why We Read and Always Will

Among the many worlds that man did not receive as a gift from nature but created out of his own mind, the world of books is the greatest… Without the word, without the writing of books, there is no history, there is no concept of humanity. And if anyone wants to try to enclose in a small space, in a single house or a single room, the history of the human spirit and to make it his own, he can only do this in the form of a collection of books.

With all peoples the word and writing are holy and magical; naming and writing were originally magical operations, magical conquests of nature through the spirit, and everywhere the gift of writing was thought to be of divine origin. With most peoples, writing and reading were secret and holy arts reserved for the priesthood alone.

Priesthoods and astrologers’ guilds can be dissolved or deprived of their privileges. Discoveries or poetic inventions that formerly were secret possessions of the few can be made accessible to the many, who can even be forced to learn about these treasures. But all this goes on at the most superficial level and in reality nothing in the world of the spirit has changed since Luther translated the Bible and Gutenberg invented the printing press. The whole magic is still there, and the spirit is still the secret of a small hierarchically organized band of privileged persons, only now the band has become anonymous.

And now there is a new work in the firmament, Figuring:

We spend our lives trying to discern where we end and the rest of the world begins. We snatch our freeze-frame of life from the simultaneity of existence by holding on to illusions of permanence, congruence, and linearity; of static selves and lives that unfold in sensical narratives. All the while, we mistake chance for choice, our labels and models of things for the things themselves, our records for our history. History is not what happened, but what survives the shipwrecks of judgment and chance.

How, in this blink of existence bookended by nothingness, do we attain completeness of being?

There are infinitely many kinds of beautiful lives.

So much of the beauty, so much of what propels our pursuit of truth, stems from the invisible connections — between ideas, between disciplines, between the denizens of a particular time and a particular place, between the interior world of each pioneer and the mark they leave on the cave walls of culture, between faint figures who pass each other in the nocturne before the torchlight of a revolution lights the new day, with little more than a half-nod of kinship and a match to change hands.