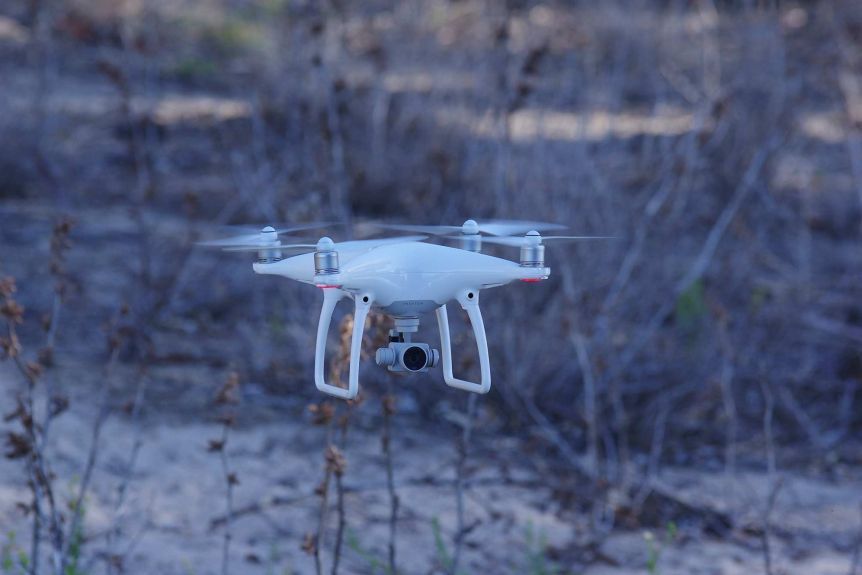 A new consultation paper has warned against the “malicious use” of drone technology by the Chinese Communist Party in Australia, as millions of devices continue to go unaccounted for.

The report cites government and business sites, as well as infrastructure and crowded places, as vulnerable to image and signals gathering, espionage, data exfiltration or physical attack.

Drones: A new technology that has become commonplace in the consumer market in recent years, after developing from a tool for military and government agencies across the world.

Although they have become widespread, just how much protection does the public have against them?

A new consultation paper released this month by Deputy Prime Minister Michael McCormack’s Transport and Infrastructure Department has expressed concerns over deficiencies in Australia’s current security system against “the malicious use of drones”.

According to the report, more protocols must be put in place to protect Australia’s interests:

“Both recreational and commercial operators are at risk of unauthorised access of sensitive information, intellectual property and other data if they operate drones on unsecure networks or using unencrypted communication links.”

According to the Civil Aviation Authority, there are almost 33,000 commercial drone operators and license holders in Australia. But the regulator has no data on recreational drone numbers.

It cites estimates of several hundred thousand to a million.

China’s Da-Jiang Innovations, more commonly known as DJI, controls 70 per cent of the world’s supply of drones. The market is forecast to expand by 380 per cent over the next four years.

Remember, any company that is based in China must hand over a large stake to the government.

Critics say says that Australia is particularly exposed to any orders to hand over data given by the Chinese government or state sponsored hacking on Australian DJI users.

“If you start including the $50 drones, right up to the $5000 DJI drones then we are talking about a possibility of millions of drones in the country and most of them are coming out of China,” he says.

Allan Liska, a Senior Security Architect at Recorded Future (an international security intelligence provider), says there is no visibility of what happens to the data stored by DJI.

The new report has strengthened concerns over Chinese spying on Australian shores, which has intensified in recent years both by dominating the marketplace and buying Australian assets.

Surveillance drone technology is not the only avenue Chinese characters may be using to spy on the day-to-day activities of Australians. In fact, the infiltration is much more widespread.

Surveillance systems, most notably CCTV cameras and advanced biometric technologies, have expanded at an unprecedented rate in Australia since the events of September 11th. Today, they have become a security staple of governments, private businesses and individuals alike.

To this end, much discussion has been raised in recent years that suggests some of the most popular brands of cameras, home appliances and consumer gadgets, are all being used as a surveillance intermediary for the Chinese government.

Hikvision andDahua, the largest and the second-largest video surveillance companies in the world, are responsible for many of the cameras installed across the country.

Both companies are currently facing long-standing accusations of spying on behalf of the Chinese government.

The town of Murgon in QLD, recently unveiled a 54-camera, 17-site wifi Hikvision CCTV system which is now used by Murgon Police to watch over parts of the town’s CBD.

Tenders also reveal expensive contracts for the “supply of video cameras and accessories” between the Australian Federal Police (AFP) and Central Security Distribution, one of the largest distributors of technology made by both companies in Australia.

Furthermore, cameras developed by both Hikvision and Dahua have been found at the Department of Home Affairs, Attorney-General’s office, AUSTRAC, the Office of National Assessments, major train stations and riddled through local government facilities.

The most serious example was a Hikvision camera discovered at one of Australia’s most classified defence facilities, RAAF Base Edinburgh in Adelaide.

It doesn’t stop there.

More than two years have passed since Hong Kong company Guardforce Group was allowed to complete its $158 million takeover of Securecorp. They are a leading provider of man-power security, electronic security, monitoring, integrated and cleaning services, to some of Australia’s most high-profile organisations and events.

In Melbourne, this includes 96 CCTV cameras in Melbourne’s CBD and security operations at everything from Westfield shopping centres, to Glencore mines and the Melbourne Cricket Ground.

Australians are very well being watched on a daily basis without even knowing it. The eyes in the sky from a distant land — a truly Orwellian setting in this country.

We are witnessing the advancement of a long history of exchanges between intelligence services in both the West and East, which has seen a number of key government policies developed to regulate and dictate the use of information sharing in the digital era.

In fact, Australian spy chief Nick Warner has recently identified innovations in nanotechnology, quantum computing, synthetic biology, facial recognition and gait recognition, as particularly significant in terms of changes facing Australia — with China at the forefront of all areas.

Just last week, it was revealed a Chinese company with links to Beijing’s military and intelligence networks has been amassing a vast database of detailed personal information on thousands of Australians, including prominent and influential figures.

This is just one example. I could go on forever, but you get the idea. The Chinese government and their agencies have all the tools necessary at their disposal to be able to monitor Australia to a very sophisticated and calculated extent. Yet this information does not mainstream headlines.

Fears of Chinese interference once seemed to hover indistinctly over Australia. Now, Beijing’s political ambitions, and the espionage operations that further them, suddenly feel local, concrete and ever-present. Not to mention the foreign takeover of Australia’s gas and electricity networks.

Australia has yet to draw clear boundaries for an autocratic giant that is both an economic partner and a threat to freedom — a conundrum faced by many countries.

As a creeping mirror of China’s ‘social credit system’ digital dystopia is predicted to reach Australia, particularly through the merging of social distancing and facial recognition, this is certainly a question that must be answered as soon as possible.

Where does this country stand? Or, perhaps, this was the plan all along?