Was Sweden Right and Australia Wrong? 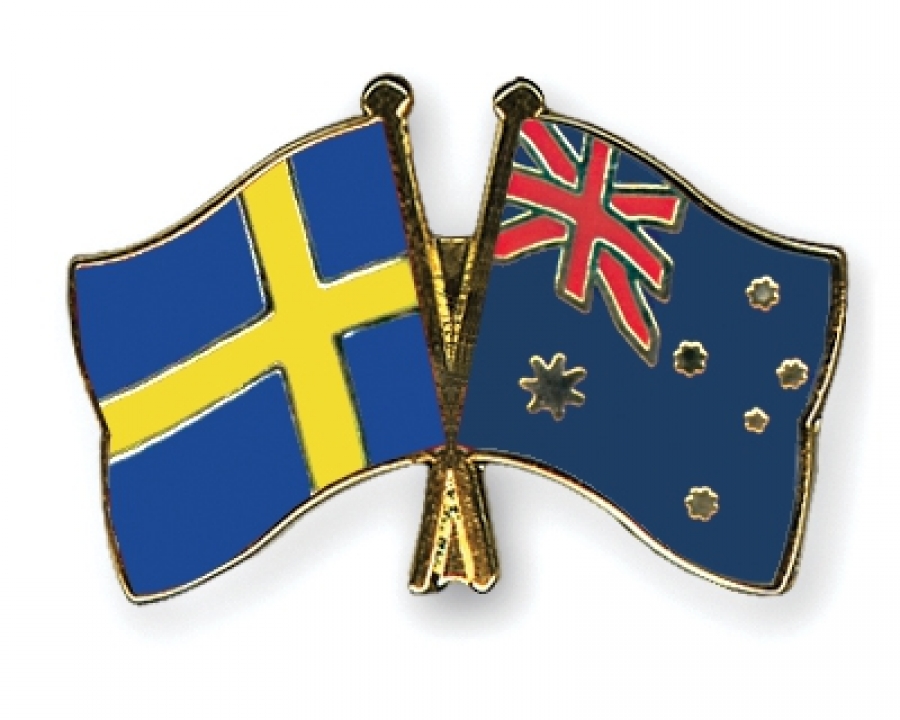 A number of Australians have asked: Why should we follow Sweden’s approach to lockdown, when Sweden’s death rate per million of population is worse than ours?

Here is why we should have.

The purpose here is not simply to justify or support and particular set of political actions or policies, but rather to answer an apparently simple question.  And to promote good thinking about Covid policy.

This is a question that I have seen asked twice now in Australia, once by the Murdoch columnist Angela Shanahan and another time on social media.  It is a question asked by what I assume to be intelligent people, and a question, as posed, that seems to have an obvious answer.

On its face, and knowing that the policies of the two countries have been seemingly far apart, the short and obvious answer should be – well, no one would.  One should also add that, if you excluded Victoria from Australia – metaphorically, not literally, although many of us wouldn’t now mind if we did exclude Victoria from the rest of us – Australia’s death numbers would be even better.  Much better.  And, as well, while Sweden’s economy is in much better shape than many of its fellow European countries, it may seem that Sweden is not doing any better economically than Australia at this time.

It is also a question much debated, both in Australia and internationally.  Much of the Western political class, enamoured of lockdowns, has sought to paint Sweden’s more laissez faire approach to lockdown as both wrong and deadly.  Most corporate media outlets, now virtually an arm of the state, have followed this line.

The question as it has been posed is a little like the story of the Irish local who was asked by a traveller – what is the best way to get to Dublin?  The local answered – well, I wouldn’t start from here.

To begin an answer, one might start at the excellent, fact based web site, evidencenotfear.com.  The Swedish question is discussed in as many as 43 articles.

Another place to start the conversation would be to hear from the man in charge himself in Sweden.  Let him defend himself.

The first point to be made is that international comparisons are massively difficult, and largely to be avoided in relation to complex questions where cause and effect, even the data inputs collected, are controversial and not obvious.

Second is the danger of the “post hoc ergo propter hoc” fallacy.

Post hoc ergo propter hoc (Latin: “after this, therefore because of this”) is an informal fallacy that states: “Since event Y followed event X, event Y must have been caused by event X.” It is often shortened simply to post hoc fallacy.

In other words, correlation does not mean causation.  Simply taking two figures (population and death counts) in two (or more) countries then assuming a causal connection goes nowhere near to explaining anything about the reasons for different death counts.

What if something other than the policy approaches of the two countries led to their high/low death counts?  In fact, the scholars Klein, Book and Bjornskov have determined that there are at least fifteen potential causes of Sweden’s particular death count other than the soft lockdown policies.

Admittedly, the paper was comparing Sweden to the other Nordic countries, not to Australia.  But you get the point.  Why on earth assume that one particular cause alone was in play?  No one does – or at least should – do this in social science.

The Nordics, of course, provide a much better point of comparison to Sweden than Australia, in another hemisphere in a different season on the other side of the world, with all sorts of relevant differences to Sweden.  The Nordics are right next door.

So, the question posed is not really a good question, nor one susceptible of a straightforward answer.  But we should answer it anyway, because Australians will keep asking it, often with an ideological purpose or to prove a point.  Believing a particular answer to the question will also continue to guide policy in our country, to our massive detriment.  It will deter us from seeking to emulate Sweden.  Hence answering the question matters.

A third point is that the question wrongly implies a binary choice.

Australia = lockdown.  Sweden = no lockdown.  Australia, unlike Sweden, is a federation and our states, as we know to our bitter cost, have run their own policies in addition to the Commonwealth.  Australia had nine types and degrees of lockdown, not one.  So, not a straightforward comparison.

Equally importantly, Sweden took its own measures to mitigate the spread of the virus.  It is not as if it did nothing in response to Covid.  And it is as if Australia did everything, all at once.  These distinctions matter.

A fourth point about the question is that it may contain an embedded assumption that those who favour “the Swedish approach” to Covid think that Sweden’s approach was perfect.  This is not the case.

While Sweden might have been thought to get the policies towards the healthy right, few would accept that the Swedes got the protection of the frail aged right.  After all, around 75 per cent of their deaths occurred in nursing homes.  Like most other countries, Sweden did a very poor job of protecting those most at risk from Covid.  As they admit.

With these caveats in mind, why are the two cases of Australia and Sweden so very different, and what explains Sweden’s much higher death rate than Australia’s, if not the lockdown policy contrasts?

Here are the key points to be made:

So the question asked at the outset which seems to demand the answer that Sweden got it wrong is not so obvious after all.

Direct comparisons between countries are very unwise, and easy answers to seemingly straightforward questions as that posed demand close scrutiny.  Like all questions of the natural and the social sciences, which demand controlled experiments in order to draw conclusions related to causation, the matter of determining the reasons for high or low Covid death counts cannot be easily determined by comparing apples with oranges, or even worse, comparing apples with horses.

There is a reason why scholars and researchers interested in these questions use the term “all other things being equal”.

No, if I wanted to get to Dublin, I wouldn’t be leaving from here.  Nice try, Angela Shanahan and friends.  But please do your homework.  Always do your homework.  Being ignorant yet intelligent won’t help get to the right answers.  Especially when ideology comes into play.

A recent conversation with a friend reinforced the problem we face.  In a country where highly intelligent people known to me did not realise that you couldn’t visit elderly relatives in care homes, or that you couldn’t leave the country – until told – there is much ignorance in the community over matters Covid, and Covid policies.  We know all too well that this has a lot to do with the Australian corporate media going MIA.  Good people are uninformed.  Disgraceful.

There are six final points about the lockdown comparators.

First, many, if not most, immunologists, recognise the importance of deterring later waves of Covid of building herd immunity in the community.  Sweden has done a far better job of doing this than countries which locked their healthy people up.  Many lives might be saved in the longer term as a result of its approach of letting the healthy get sick without anyone panicking.  Let us see how all the Europeans do next northern winter before we draw final conclusions.

Second, far greater analysis needs to be done on Australia’s and Sweden’s comparative economic hits from Covid policy.  In the meantime, cross European comparisons of the economic hits from lockdown policy show Sweden doing comfortably better than most of its fellow European countries.  The economy matters, not least because we can all agree that unemployment causes a rise in all sorts of medical problems, some of them deadly.  It is far too early to be ringing in final verdicts on these questions.  And this is not even to mention comparative non-Covid deaths during lockdowns between the Swedens and the rest.  The huge spike in non-Covid deaths will be shown to be a cause of international shame for those who locked their people up, only for them to die unnecessary deaths all in the cause of fighting a relatively mild flu-type illness.

Third, the loss of freedom for citizens in lockdown countries, where often lockdown rules were enforced brutally and without proportionality or compassion, has been inexcusable and may have permanent implications for rights and freedom.

Merely counting bodies and then saying that we were right and Sweden was wrong suggests a cavalier attitude to our most basic rights and freedoms, which is not a good look to those of us who value these things very, very highly.  Doing damage to the social fabric, possibly lasting damage, is not nothing.  It must be measured rigorously in any objective, comprehensive analysis.

Fourth, my old PhD supervisor used to always talk about the impossibility of being overly simplistic about social science research questions which involved “complexly interacting variables”.  We should respect what we do not know.  Donald Rumsfeld once raised the now highly germane issue of “unknown unknowns”.  Long ago Confucius made a similar point about our knowledge as an old friend Father John Fleming recently reminded me:

To know what you know and what you do not know, that is true knowledge.

This isn’t just some cute academic point.  It affects lives, in this case.

Fifth, should not we be making policy in Australia according to our own needs, circumstances and challenges, without regard to what other countries might or might not be doing?  And on every measure, Kim Jong Dan notwithstanding, we have done pretty well in dodging the far away Northern Hemisphere Covid winter bullet.  So no real need here for Covid fascism.

Sixth, there is a world of difference between facts and factoids.

No, we still have a bit to learn from Sweden over Covid, despite the apparently easy points-scoring position embedded in the question raised by Angela Shanahan and others.

The world went mad over Covid, as one Swedish expert suggested.  Sweden didn’t.  It was right so to do.  Get over it.

And please remember that Covid maniac governments have much to gain from continuing to paint Sweden as a deadly policy outlier.  Don’t let them get away with it.  No, Sweden wasn’t the country engaging in an “experiment”, as is normally portrayed.  We are the ones doing the experiment.

Let us leave the final word to a representative of the World Health Organisation speaking at the end of August:

Paul Collits is a freelance writer and independent researcher who lives in Lismore New South Wales.  He has worked in government, industry and the university sector, and has taught at tertiary level in three different disciplines – politics, geography and planning and business studies.