Videos From Convoy to Canberra: The Days that Saved Australia’s Future 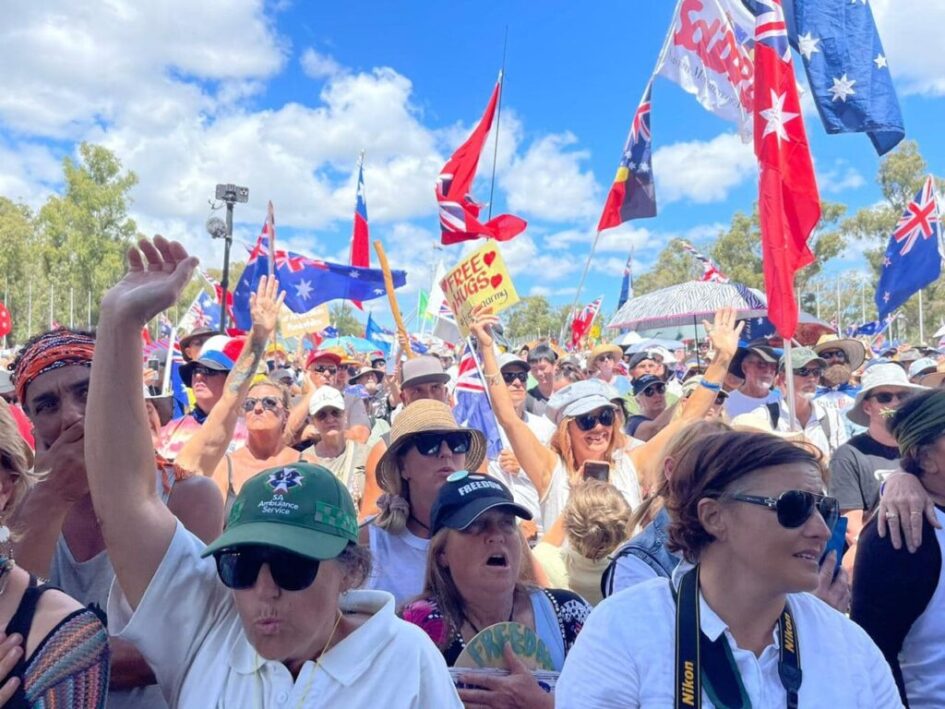 The 12th of February 2022, more than one million Australians came to Canberra and lived together to protest the totalitarianism of the Australian Government, and asked the Governor general to “Sack Them All”.

No politician, no intelligence agency, no police force and no political strategist in the country failed to notice that a million people just marched on the nation’s capital, with a remarkable amount of good cheer, jubilance and camaraderie which in the last two years has been totally lacking.

The nation’s political leaders inflicted an authoritarian derangement on their fellow Australians, and it is not just the political establishment, but the medical and media establishment which have now been utterly shamed.

Many people interviewed by us said exactly the same thing: “I was drawn to be here. I just couldn’t not be here.”

Below are just a few videos from the many powerful and intensely human stories which have characterised the past few days.

Australia’s capital of Canberra has never, ever seen anything like it.

After a long, long Covid winter, the people have finally found their voice. And make no mistake, they are completely outraged by what the government has done to them, their families and their lives.

As one among so many banners said, tongue in cheek, “Make Australia average again”.

There was nothing average about the remarkable display of common humanity seen in Canberra over the past few days.

As the first video shows, local Canberrans, who have grown comfortable on the sweat, toil and taxes of the rest of the country, were entirely confronted by this gathering of ordinary, good hearted Australians, the citizens the nation’s capital was built to serve.