Threats and Seductions: The Ever Present Rupert Murdoch 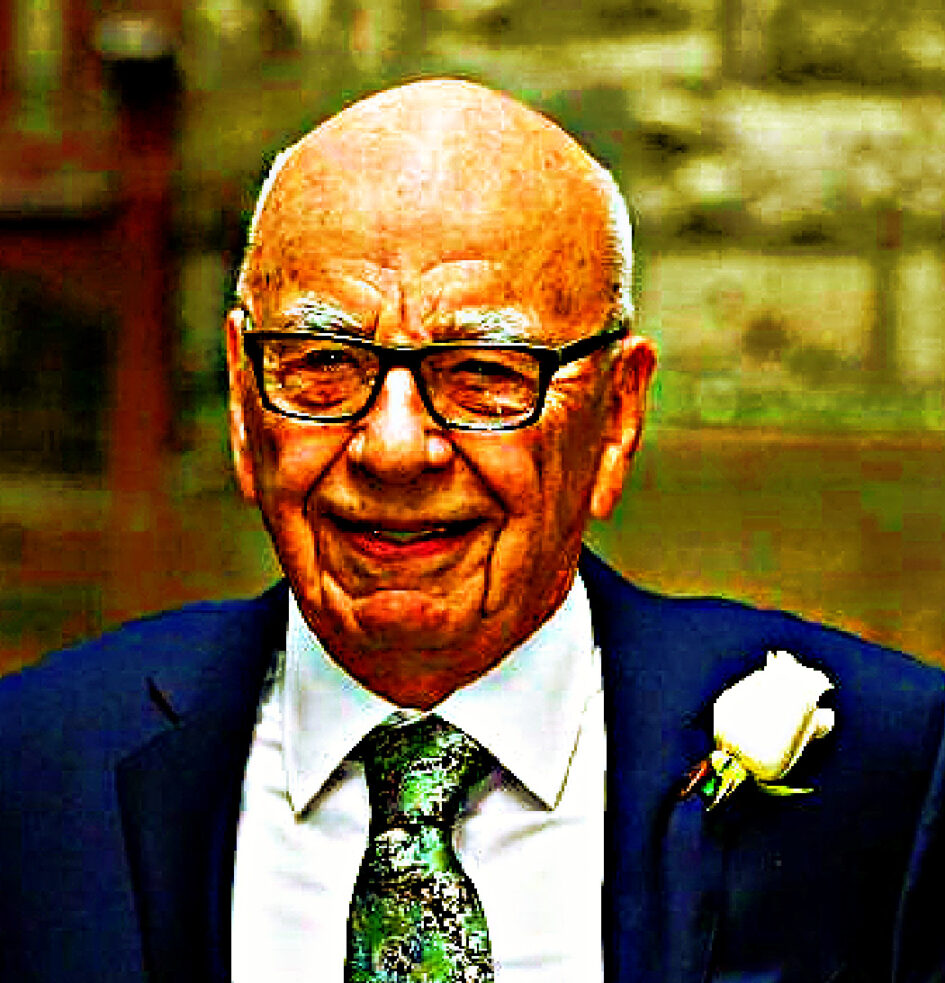 That Foxtel has been double dipping by charging the ABC up to $105,000 to broadcast three Matildas matches while receiving $40 million from the federal government to increase coverage of women’s, niche and community sport is just business as usual for Rupert Murdoch. John Menadue explains Murdoch’s modus operandi, going back decades, and how he always gets what he wants.

Rupert Murdoch repeatedly claims, falsely, that he has never asked a prime minister for anything. Yet his whole business career in three countries has been founded on threatening or seducing politicians to gain privileged commercial access or opportunities. I know this because I was on the board of Telstra when Foxtel was formed in 1995 through a joint venture between News Corp (Fox) and Telstra.

I had concluded that not only was the Foxtel deal a bad deal in terms of content availability, but I also objected to the significant political pressure being applied to board directors for the deal to go through. The board was told by the managing director that ‘the Government wants us to do the deal with News Limited’.

The whole point of having independent boards on government business enterprises – as Telstra was before its privatisation – is to try to stop governments using organisations for party-political advantage. Initially the deal required unanimous approval from the board, yet this was watered down in the face of my opposition to the deal.

I was appointed to the Telstra board just months after a Heads of Agreement had been signed between Telstra and News Limited. Papers from earlier board meetings noted that the first criteria for selecting a pay television partner was ‘strength in content creation, content distribution and packaging’. The board papers added that News Limited’s strength was that as the ‘world’s third largest producer, distributor and owner of films and television programming (Fox) could guarantee content availability’.

However, this heads of agreement had been reached without testing the proposition regarding the guarantee of content availability. All movie film content, except from Twentieth Century Fox, had been signed up by Optus or Australis. The Heads of Agreement was also for 50 years, since amended to 25 years.

I alone of all the board members opposed the Foxtel joint venture between Telstra and News Limited because I was not persuaded about the proposed arrangements with News Limited and Australis (which would supply movie content).

Read more: How Murdoch extracts concessions from governments. Consider how he got control of Foxtel! – Pearls and Irritations

Then Telstra chairman David Hoare had said that on such a critical issue there must be unanimous board support. While my opposition initially vetoed the project, some directors said they thought it was unreasonable to require a unanimous decision. The Foxtel proposal was then passed by the board, but there was to be no suggestion in the board minutes that it was unanimously agreed.

From that beginning News Corp went on to establish a controlling interest in Foxtel. While News Corp owns only 50% of Foxtel it effectively runs Foxtel through its power to appoint the CEO. In addition News Corp owns 100% of Fox Sports.

Journalist David Potts, in the Sun Herald on 27 July 1997, commented on the Foxtel deal that:

‘Telstra has been taken for a ride by Rupert Murdoch and taxpayers will foot the bill for what may add up to be the most scandalous deal ever embarked on by a government authority … For the Keating Government to have allowed and maybe encouraged, for all we know, a taxpayer owned authority to do [this] secret deal … was straight out of a banana republic’.

Chanticleer in the Australian Financial Review of 23 July 1997 described the Foxtel episode as:

‘the largest strategic and financial disaster this country has ever seen’.

This political influence enabled Murdoch to gain a foothold in Foxtel that he turned into a dominating position in Foxtel. Murdoch and his loyal retainers were long bitter opponents of the NBN because it potentially opens up the airways to many competitors for Foxtel. In advancing his business interest Murdoch relies much more on exploiting his political power than competition in the market. The Telstra board gave him a great leg up. I saw it at first hand.

And now Murdoch has funnelled Foxtel out of News Corp Australia to a mysterious entity in the secrecy jurisdiction of Delaware. Foxtel has disappeared from News Australia’s balance sheet, but the accounts don’t say where it went. What happened?

John Menadue AO is an Australian businessman and public commentator, and formerly a Secretary of the Department of Prime Minister and Cabinet and Ambassador to Japan. He is the founding chair and board member of the Centre for Policy Development and publisher of leading public policy journal Pearls & Irritations