The Square and the Tower: How Did It Get This Bad? 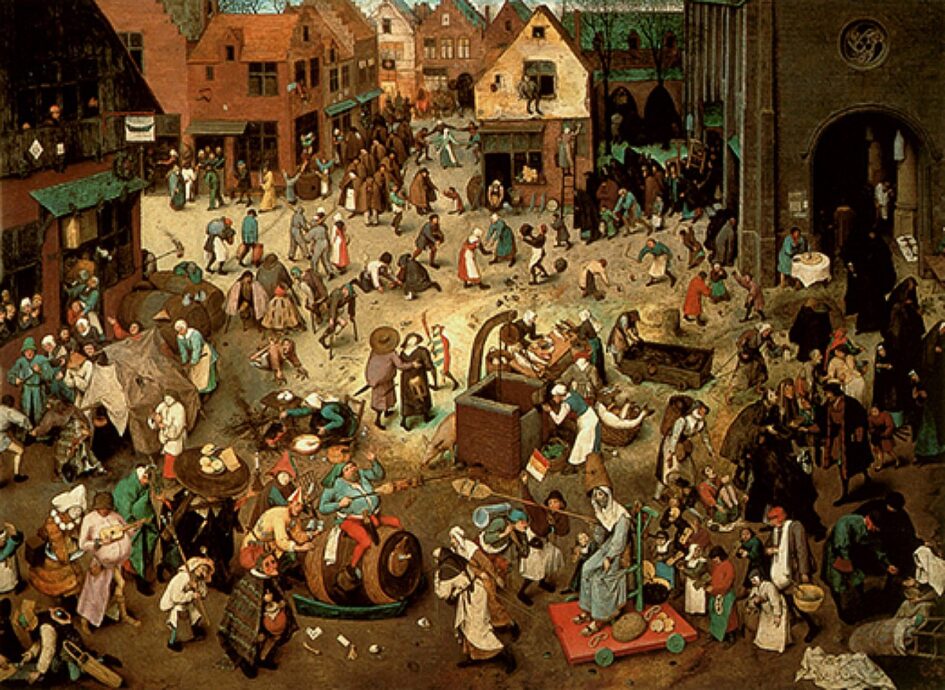 The lockdown of Australia continues apace. A man has been fined $1600 for driving to a park near his house with the intention of going for a bike ride. Breaching no distancing rules, he apparently had no good excuse for being outside his home.

But the government is telling people that exercise is a legitimate reason for going out.

Such is the massive confusion over an on-the-face-of-it insane lockdown of the Australian economy, the introduction of what is essentially martial law and the throwing of millions of people onto the dole queues.

There have been 50 deaths from Covid-19 in Australia so far. A normal flu season sees deaths of up to 3,000 and around 18,000 hospitalisations.

More and more the question is being asked: Are we witnessing the biggest government blunder in the nation’s history?

A man is refused permission to see his dying wife, surfers warned that they are surfing too close together, gatherings of more than two people banned.

As legal expert Augusto Zimmerman writes in his piece Government by Virus and Executive Diktat:

My state, Western Australia, has just recorded its fourth death attributed to the Wuhan virus — another elderly man, like so many other casualties, already inflicted with chronic illness when infected.

Surely such an “enormous” death toll justifies dramatic measures to curtail fundamental rights, as well as the Morrison’s government spending $320 billion — 16.4 per cent of the nation’s gross domestic product — to combat the virus’ health and economic effects caused by the same measures imposed by the government itself.

Because these extreme measures are dictated by the executive and have no deadline to expire, we are effectively experiencing government by executive decree. This is something akin to the actions of deeply authoritarian regimes, in particular when such executive measures are not properly scrutinised.

It is truly disturbing to observe how a considerable number of Australians willingly surrendered their constitutional rights and freedoms in the name of more government security and protection.

Such carelessness may eventually prove lethal not only to the long-term preservation of democratic government but also to the preservation of their basic rights to life, liberty and property.

The Australian government and the state governments appear to be effectively ruling by executive decree. These extraordinary controls on our freedoms have no constitutional validity because they are certainly not powers intended to be exercised in its present form.

Above all, Australians would be wise to pay more consideration to these wise words of Thomas Jefferson, the main drafter of the American Declaration of Independence:

The catastrophe is sinking in.

Veteran Australian journalist John Stapleton has written three books on this pivotal point in Australian history, Terror in Australia: Workers’ Paradise Lost, Hideout in the Apocalypse and Dark Dark Policing. All warn of a darkening time.

Here is an excerpt from Dark Dark Policing, published this month:

The wave, that shockwave that was coming, was already mirrored in a thousand little ways, the jackboots that stepped across every tiny freedom, restricted every conversation, destroyed every impulse for freedom.

But even in the herd there were the disciples of the left, disciples of the right, and disciples of a different realm, chosen from the masses, unlikely signposts, and these strange voices in a muffling dark reached beyond their times and their prisons; caught beyond the lives of the many.

There was always some well-meaning person calling for more regulation, as if regulation could solve all the world’s problems. Yes, it was a good idea that you could no longer throw your boots in the back of the ute after work and now by law needed to tie them down or put them under netting. That you could be charged if you did not put a seatbelt around your dog. That police were everywhere. That elderly women selling cakes at charity stalls should have their kitchens checked by government inspectors.

In that book of the moment, The Square and the Tower: Networks, Hierarchies and the Struggle for Global Power, author Niall Ferguson asked how democracies had degenerated into hypertrophic bureaucratic states once imagined by Franz Kafka.

The end result, Ferguson wrote, was a great deterioration in both economic performance and social cohesion. The simple answer might be that it was all the fault of lawyers and bureaucrats, but such people had been around for a long time, as readers of Dickens well know.

A better explanation might be the fundamental deterioration of standards in both legislation and governance that could be seen in nearly every democracy, regardless of their twentieth-century histories.

The torrent of verbiage comes about because professional politicians are more concerned with spin than substance, the media never cease to howl for “something” to be done after every mishap, the lobbyists ensure that the small print protects the vested interests they serve, and the lawyers profit from the whole sorry mess. The consequences should worry us more than they do, for they extend far beyond unreadably tedious statutes.

In short, the administrative state represents the last iteration of political hierarchy: a system that spews out rules, generates complexity, and undermines both prosperity and stability.