Covid-19 Expands Power of the State 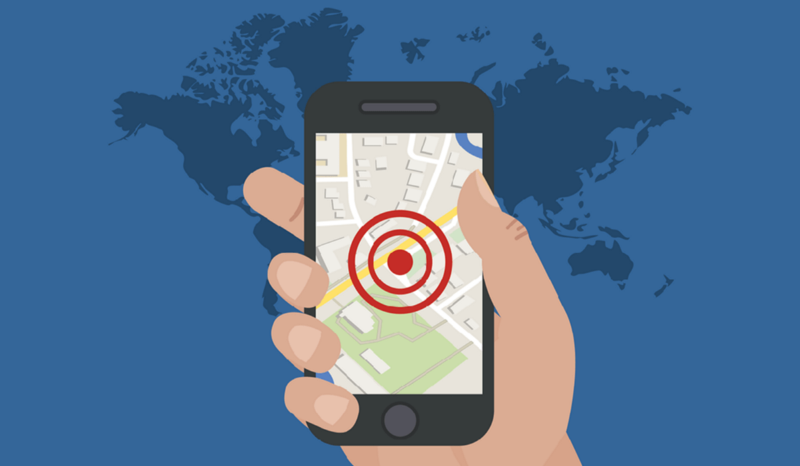 New reports have revealed authorities are incorporating smart phone tracking as a means to monitor and control COVID-19 ‘clusters’ in various locations.

Agencies are requesting metadata reports from telecommunications giants, leading to growing concerns that COVID-19 is enabling governments to amass unprecedented powers that will remain indefinitely.

Mobile phone data is being used by governments across the world to monitor whether people are following social distancing restrictions amid the coronavirus pandemic.

Through the use of smart tracking, authorities are now identifying citizen movements via their mobile phones, to examine ‘human traffic data’ after social distancing measures were introduced.

Currently, all mobile service providers in Australia are required to hold two years of data relating to the use of each mobile phone on their network, including location.

During a ‘human biosecurity emergency period’, the Biosecurity Act 2015 allows the Federal Health Minister to take “any action necessary” to prevent or control the “emergence, establishment or spread” of the declared emergency disease. COVID-19 activated this law on Sunday 23 March.

Upon request, governments are now using these laws to assemble user location history into a single, searchable database, to then be cross-referenced against the locations of known clusters of infection.

In a statement to reporters, Vodafone Australia’s Director of Corporate Affairs, Dan Lloyd, said the telco had “provided, on request, aggregated network information to the NSW Department of Customer Service and the Federal Department of Prime Minister and Cabinet”:

“This information can help show trends in population movements immediately before and after the lockdown measures with the aim of assisting in the reduction of the spread of COVID-19.”

Other companies are expected to follow, as individuals now face the prospect of being contacted by authorities and told that surveillance analysis suggests they need to be isolated or tested.

The owners of those phones could then be tested, even though they may not necessarily have developed symptoms or suspected that they had come into contact with COVID-19.

Furthermore, for anyone who tests positive with COVID-19, this data could be used to list every location where they (or, more accurately, their phone) had been over the preceding few weeks.

In recent years, there has been a great deal of debate over the use of telecommunications data for surveillance purposes. The introduction of the mandatory data retention regime was contentious, as was the broad power granted to multiple agencies to access the data for law enforcement.

Critics are concerned that such a database, or the broad surveillance capability that underpins it, could be used to further clamp down on society — as we are beginning to see internationally.

To date, governments, medical experts and the media have used location data from transport apps such as CityMapper — which shows how people move throughout cities like Sydney and Melbourne using public transport, in an attempt to determine whether people’s movement has reduced.

Despite the success of these platforms, several countries are now also incorporating mobile phone data to further ‘zone in’ on local movements during COVID-19 restrictions.

Obviously, countries such as Turkey, Hungary, Egypt, Uganda and Serbia might sound unsurprising.

However, India, Hong Kong, Israel, Austria, Belgium and Germany are also among a growing list of countries taking advantage of mobile data to ‘tackle the pandemic’.

The Singapore government has launched an app called Trace Together, which allows mobile users to voluntarily share their location data. Iran’s leaders have been accused of being rather less transparent, amid reports that its coronavirus ‘diagnosis app’ also logs people’s whereabouts.

In the West, the United Kingdom government is reportedly in talks with major mobile phone operators to use location data to analyse the outbreak’s spread.

Google is set to launch a tool that will allow anyone in Britain to “check how well people in their county are abiding by social distancing rules”.How Google is controlling your reality
Google, in their monopolisation of information, have created a socially toxic vacuum at the heart of democracy from…tottnews.com

The tech giant will be issuing a detailed, regular updated reports showing how visits to public places such as shops, parks, railway stations, pharmacies and offices are changing across the UK.

Google hopes that the tool will help health officials and the government tell whether the policies for fighting the coronavirus pandemic need adjusting over time. It will show the increase or decrease in visits to public places, with the information ranging from 48 hours to several weeks old.

A section will even show changes in visits to people’s homes, as determined by signals.

Concerned citizens are calling for public debate over the correct balance between individual privacy and civil liberties on one hand, and the loss of protections under national security laws on the other.

Behind the scenes of this ‘crisis’, tech companies, governments and international agencies have all announced measures to help contain the spread of the COVID-19 virus.

Civil watchdogs, such as the Law Council of Australia, have started to question whether some of those extraordinary measures have now become a little bit too extraordinary. The council’s President Pauline Wright said “we should all be aware of the analogy of the boiling frog”:

“We don’t want to see our rights and liberties chipped away a little bit at a time until it’s too late — the water we’re comfortably in suddenly reaches boiling point and it’s too late to leap out.”

5G set to bring unparalleled surveillance
A researcher has warned that new 5G capabilities will enhance the sophisticated apparatus of surveillance technologies…tottnews.com

Eastern European regimes have already been accused of exploiting the crisis to implement programs of social repression, and civil libertarians in Australia are now pressing the government for greater oversight and sunset clauses.

“We need complete transparency from governments around what steps they are taking to monitor Australians, including the type of technology they are using.”

Not only will the continued 5G rollout during COVID-19 lead to predicted unprecedented surveillance, but the government is also now watching movements through various smart phones.

We have the army in the streets, knocking on doors. We have police checking reasons for being out. Protest, which was already difficult, is now impossible. And parliament is on indefinite suspension.

NSW Police Commissioner Mick Fuller says the state’s coronavirus enforcement laws — which are the toughest in the country — are set to expire in 90 days, and that he will not seek to extend them.

As Australia’s manufactured COVID-19 ‘crisis’ continues, growing evidence suggest incompetence and iniquitous actions. Apparently bewildered by an emergency that can’t be resolved in a timely manner, they will keep mouthing reassuring words, even as more people begin to see the lies.

Forget the CoronaHoax, Australia is now facing a conundrum that is much more serious. How many are aware their personal information is being handed over to known liars as a means to ‘save lives’?

Undoubtedly, COVID-19 is being used as a tool to further strengthen the power of the state.Secret State: The Monitoring of Australia
Australia has ushered in a host of ‘pre‐crime’ surveillance measures over the last decade that permit the mass…tottnews.com

This story was originally published in TOTT News and is published in A Sense of Place Magazine with their kind permission.TOTT News
As COVID-19 restrictions tighten across the world, governments are harnessing the potential of drones. From delivering…tottnews.com