The Polls look grim for Australia’s Ruling Coalition. Will the Sunshine State of Queensland Buck the Trend Again? 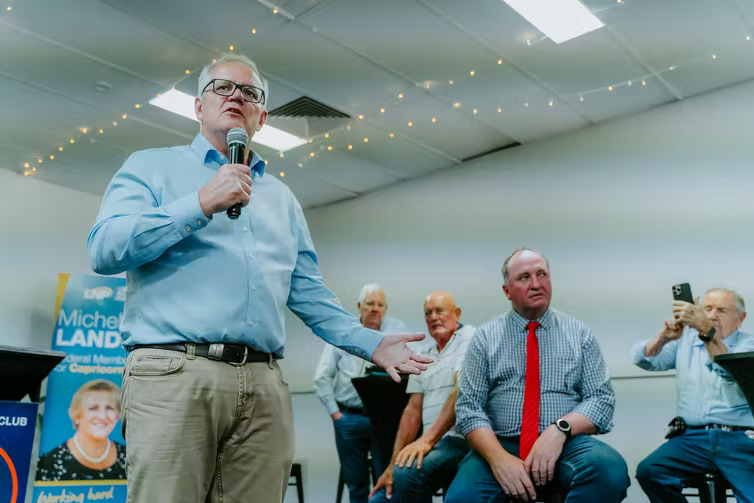 Awaiting the official start of the 2022 campaign, published polls show Labor is comfortably ahead of the government. Pundits agree this year’s election is Albanese’s to lose, but predictions range along a spectrum from a Labor landslide to a narrow win, to a finely balanced hung parliament.

The more nuanced reality is that the 2022 poll will turn on a small number of key seats. These will be micro-targeted and parsed in a backroom battle of the campaign strategists and subjected to even more indecent pork-barrelling.

Nowhere will this be more so than in Queensland – the emblem of Bill Shorten’s failed tilt at the prime ministership. The 4.3% swing to the Coalition sparked a social media campaign demanding the state’s expulsion from the federation.

Despite being the birthplace of the labour movement in the 1890s and electing state Labor governments for 28 of the past 33 years, Queenslanders have stubbornly resisted supporting federal Labor.

This year’s electoral contest will be more distributed than 2019. The government, wracked by factional warfare and under pressure about Scott Morrison’s leadership, is challenged to defend seats in NSW, Victoria, Tasmania, Western Australia – where the state Liberals retained only two seats in the Legislative Assembly – and South Australia – where the one-term Liberal Marshall government was defeated in March.

Nevertheless, performance in Queensland remains crucial to whichever party hopes to form the next federal government. The state’s importance is reflected in the Liberal Party’s decision to again base its campaign headquarters in Brisbane as well as the hectic schedule of visits that both leaders have made since border restrictions eased.

For much of this year, Queensland has bucked the national trend away from the Coalition. A Roy Morgan poll at the end of 2021 gave Labor a convincing lead over the government (54.5 to 45.5 two-party preferred on December 5). The gap narrowed during February, to 50-50 on February 23. By March 20, Roy Morgan found support for the Coalition had surged to 54.5 to Labor’s 45.5 two-party preferred – an outlier compared to Essential (41-52) in the same period), but consistent with Newspoll at 54-46 on March 12.

Roy Morgan showed this gap has narrowed to 51-49 in favour of the Coalition by March 29. This represents a swing of 7.4% to the ALP in Queensland from its low-water mark of May 2019, but significantly and in contrast to the national polls, Labor still trails the Coalition.

Once again Queensland is different. Why?

Why Queensland is often the outlier state in polls

One possible explanation is that Queensland’s economy is growing. Despite the hit to tourism and small business from border restrictions, retail spending grew strongly in the December quarter. Interstate migration attracted almost 31,000 new residents in the year to June 2021 – particularly the Gold and Sunshine Coasts, driving house prices increases of 36.3% and 35.4% respectively. Demand for the state’s commodity exports has surged, further increased by Russia’s invasion of Ukraine. Unemployment has fallen to 4.3%.

Conscious they fared relatively well through COVID-19, with fewer and far shorter lockdowns than their southern counterparts, and many fewer deaths, Queenslanders may be content with the devil they know.

The electoral buffer built by the Coalition in 2019, along with a federal budget that delivered immediate, if temporary, relief and included a slew of large infrastructure promises for the region, may help the government retain key seats in central and far northern Queensland. But locals will weigh those promises against clean energy, manufacturing, aged and childcare commitments offered by Labor.

A second factor may be that Premier Annastacia Palaszczuk proves far less of an electoral asset for Anthony Albanese than she was six months ago. A simmering “integrity crisis”has tarnished the three-time election winner.

Palaszczuk’s government is seen to be drifting despite social policy reforms, securing the 2032 Olympics and its generally competent management of the “rain bomb” that triggered floods that devastated large parts of the south-east, including the Brisbane CBD, in late February.

That said, Queenslanders resented the prime minister’s frequent attacks on their premier over border closures. Morrison and Palaszczuk are not on good terms. They clashed recently over greater disaster assistance offered to support flood-ravaged northern NSW. Labor’s Senate team, which has been actively campaigning in Queensland’s regions for the past three years, can be expected to revive claims that Morrison is the “prime minister for NSW”.

The minor parties may play a major role

The impending campaign in Queensland promises more than a few surprises. There is potential for seats to change hands, and uncertainty surrounds the impact that Clive Palmer’s advertising and One Nation will have on preference flows.

Labor needs to retain its six seats and is targeting the Coalition seats of Longman (3.3%), Flynn (8.7%), where incumbent Nationals MP Ken O’Dowd is retiring, and Leichhardt, held by Warren Entsch on 4.2%. It claims its prospects are improving in the inner-city seat of Brisbane (4.9%).

Both parties are being challenged by the Greens, who are targeting two seats – Griffith, held by Labor’s Terri Butler and Ryan, a traditional Liberal stronghold. Ryan overlaps the state seat of Maiwar, which has been held by the Greens since 2017, suggesting its values have become more socially progressive and environmentally conscious. It is one to watch on election night.

The JWS Research True Issues report found that cost of living pressures and hospitals, health and ageing are the salient issues for Australian voters heading into the 2022 election. The economy and finances, the environment and climate change, and employment and wages round out the top five.

This was reflected in the budget and the opposition’s budget reply. Albanese has spent a lot of time in Queensland. He claims Labor has learned the lessons of 2019. But the polls suggest that here at least, he is starting from behind.

These recent polls preceded the second flood event in a month, which claimed lives in the Darling Downs, as well as devastating Lismore and Byron Shire. They captured the bitter factional recriminations that rocked Labor after Senator Kimberley Kitching’s untimely death, but not Concetta Fierrevante-Wells’ budget night assault on Morrison’s character, or the controversy around his 2007 preselection in Cook.

It’s unclear how much of this will reach or influence the Queenslanders whose votes will determine the election outcome. In 2022, Queensland won’t be centre stage, but no one will ignore how the campaign unfolds in a state that has been the Coalition’s happy hunting ground more often than not.