The Many Lows of Malcolm Turnbull’s Prime Ministership 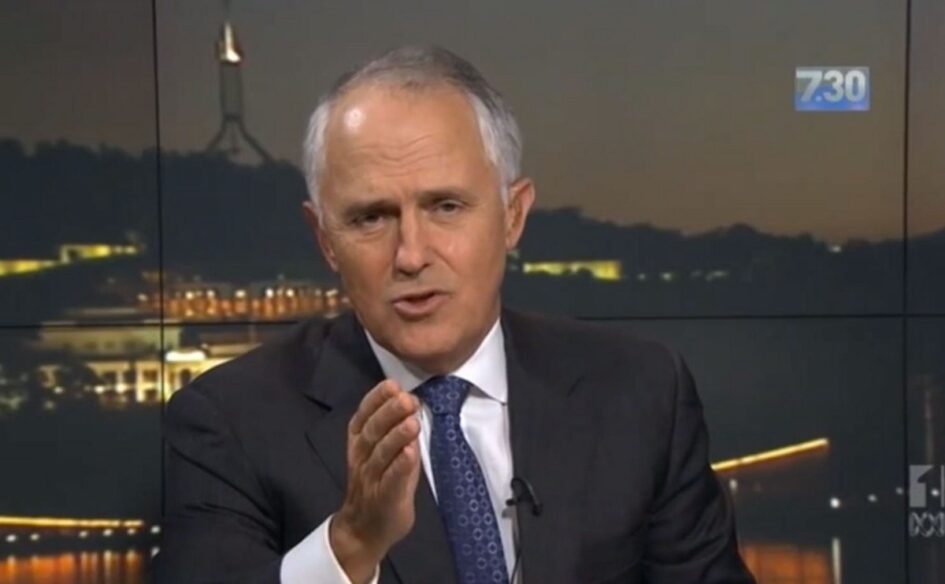 The frenetic efforts of a failing Prime Minister have curled into a frustrated ball of fury. And arguably the worst government in Australian history faces electoral wipeout.

The slow motion trainwreck of Malcolm Turnbull’s leadership has been so excruciatingly long and played out on so many television screens and newspaper headlines it is hard to believe he only won the position in an internal coup in 2015.

And for a moment rode very high indeed.

Turnbull’s predecessor Tony Abbott was known as the Mad Monk for his close Jesuit links and constant references to the God of Abraham.

The Soldiers of God.

Destroy the world in order to save it.

There was national euphoria at his replacement — the population sick of being treated with contempt, spoken down to, lectured about God, told to be their best persons when so many on the government payroll clearly were not.

Abbott’s endless, and dangerous, beating of the national security drum failed to save his political skin.

Thirty consecutive Newspolls, the most reliable of all of Australia’s polls, placed the Liberals behind Labor.

On 14 September 2015 Turnbull resigned from the Cabinet and announced he would challenge for the leadership.

We need a different style of leadership.

We need a style of leadership that explains those challenges and opportunities, explains the challenges and how to seize the opportunities. A style of leadership that respects the people’s intelligence, that explains these complex issues and then sets out the course of action we believe we should take and makes a case for it. We need advocacy, not slogans. We need to respect the intelligence of the Australian people.

The fanciful notion that the intelligence of the Australian people would be treated with respect was quickly dashed.

It became, in a sense, the foundation lie.

A Government Run on Announceables

This was a government run on announceables.

Every day a new announcement.

Building this, funding that, inquiring into the other. A Commission, a Committee, a God awful waste of time and money.

And they put the Prime Minister exactly where he wanted to be, in front of the television cameras. His ugly mug on a million television screens, seemingly all day every day.

King for a day in a hall of mirrors.

And then one day in August, 2018, all the mirrors shattered at once.

In the end Malcolm Turnbull’s ceaseless attempts to manipulate the media was grossly immature, and represented hopeless, hapless media management.

Who was Turnbull’s media adviser?

Himself. He thought he knew everything. He listened to no one.

And the more the public saw, the less they liked.

But nothing could get that through Malcolm Turnbull’s head, the nation so sick of his preening visage they turned off media altogether.

The man would comment on anything. With an attenuated media landscape, both cash strapped and deliberately dumbed down, outlets mopped it all up. Cheap copy. Easy stories.

Another press release. Another announcement. Another media opportunity.

The country turned off: en masse.

The first announceable, shortly after he seized the reins of power, was the $1.1 billion dollar Innovation Nation project.

It was meant to be a signature piece which would define his period as Australia’s leader. The themes were constantly repeated during the first six months, the words “innovation” and “agility” worn threadbare.

“Our innovation agenda is going to help create the modern, dynamic 21st century economy Australia needs. I know that Australians believe in themselves, I know that we are a creative and imaginative nation.”

Two years later the Auditor General condemned the project as poorly designed, based on poor public service advice and lacking any evidence there were economic benefits. Money wasted.

In language fit for Yes Minister the Auditor General concluded in his report:

“The policy logic that can be inferred from this model is that: if the proposed actions are taken, they will reduce the barriers, which will move Australia towards the vision, which in turn will help achieve the objective of increasing productivity and diversifying the economy.

“A number of the proposals that involved significant expenditure aimed at transforming parts of the innovation system relied on assertions rather than evidence. In many cases, there was also a lack of specificity in the outcomes or expected impacts being sought, making it difficult to determine how success would be measured.”

In other words, Malcolm Turnbull’s first act was Prime Minister was to blow $1.1 billion of public funds on a load of bull.

Unfortunately for the nation, far worse was to follow.

Hard to remember, with the Shakespearean tragedy of dismal polls and saturation coverage that was to follow, that Malcolm Turnbull’s ascent to the leadership was initially greeted positively.

After the dismal days of the Mad Monk, the country soared with optimism. Born anew.

Once again everything seemed possible; a country gripped with a wave of confidence and unabashed enthusiasm, the Australia of old.

“The people leapt to their feet in relief, excitement and anticipation to greet the advent of Malcolm Turnbull, prime minister. It was almost messianic. He was the most popular new prime minister of the past two decades.”

The Prime Minister himself famously declared: “There has never been a more exciting time to be an Australian.”

An optimistic cry that was quickly turned into a joke: “There has never been a more exciting time to be Malcolm Turnbull.”

The Headlines Are Screaming

The press hunt in packs. And they are hunting now.

The beneficiary is the heir apparent, the main contender in the quark soup of Australian politics, Immigration and Homelands Minister Peter Dutton.

The Guardian: All Eyes on Dutton as Conservatives fuel Coalition crisis of confidence.

The question has become not if but when. And will Malcolm Turnbull fall on his sword, or will he have to be be pushed?

Like a wounded elephant, Turnbull’s fall is leaving plumes of acrid dust in the over-heated air; not just through his own riven, warring Party but through the country as a whole.

Turnbull’s Prime Ministership has been a divisive tragedy in a failing democracy.

Decades of cowardly, lazy and incompetent politicians and years of grasping political turmoil has allowed vast bureaucracies to spread ever wider, and insane rafts of legislation to be passed — even encryption laws which could be used to ban smartphones.

The unwieldy machinery of government has become unresponsive to the needs or concerns of the citizenry.

The country is crumbling.

All of it, this terrible demise, has been made worse by the fact there has been no intelligent voice at the top of the pile, no competent administrator.

We are now in the Era of Recrimination.

There is plenty of blame to go around.

There have been so many lows in Malcolm Turnbull’s Prime Ministership, from passing legislation jailing journalists and people as young as 10 in the name of national security to destroying the public’s faith in democracy to implementing the worst and most expensive internet in the world, it is difficult to know where to begin.

So we will begin with War.