Betraying the Future: The Worst Internet in the World 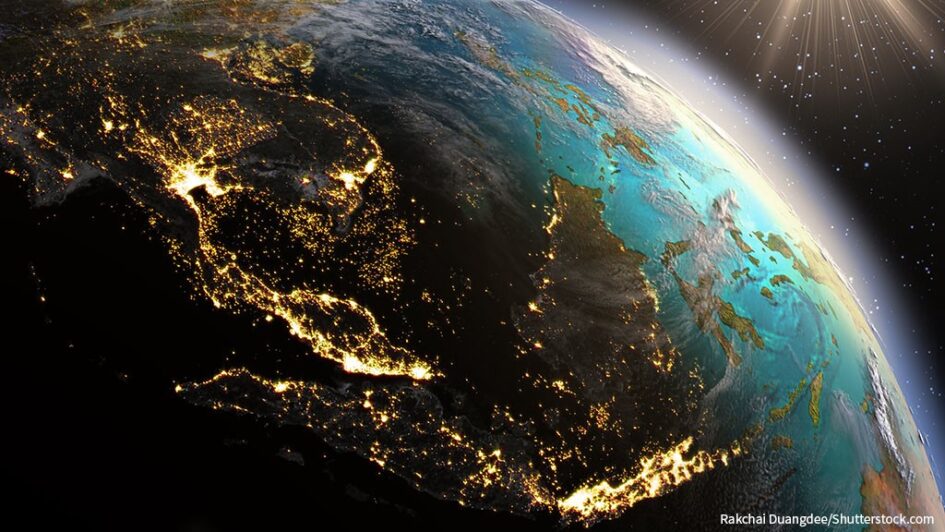 The Terrible Legacy of Malcolm Turnbull

The First Harpoon Strikes the Flank

In the petri dish of Australian politics, the Prime Minister Malcolm Turnbull thrashes in a blood soaked sea.

The first leadership spill, on Tuesday 21st August, 2018, precipitated by the powerful Minister for Home Affairs Peter Dutton, has left Turnbull mortally wounded. The first harpoon has hit the flank: 48–35.

In other words, it only takes eight MPs to change their mind and Turnbull is relegated to the dustbin of history.

Which is exactly where he belongs.

This hapless government, now in turmoil, has mismanaged everything. By clinging on, he has only delayed the inevitable.

The Prime Minister cannot even manage his own death. The moment for a graceful exit, has gone.

Australia’s 39th Prime Minister, arguably the worst in the country’s history, began his fateful reign on the 15th of September, 2015.

The end date, we will know soon enough.

Malcolm Turnbull was last night facing a fresh crisis with the threat of a second challenge to his leadership looming.

Prime minister’s leadership appears terminal with resignation of key frontbenchers and conservatives lining up behind Dutton.

There is blood in the water and the entire political apparatus, notably the media, is on the scent.

Dutton: “I can smile … I want to smile again … I want Australia to have an opportunity to see the real me.”

Australians as a whole have switched off from the political turmoil, “they’re at it again are they?”.

Disengagement or outright contempt for the political process is is just one of the many terrible legacies of Malcolm Turnbull’s failed leadership.

Ranked the worst internet in the world.

The former Communications Minister before seizing the prime ministership from his rival Tony Abbott, under Turnbull’s watch millions of Australians have been forced by law onto sub-standard internet.

Labelled the worst infrastructure project in Australian history, Malcolm Turnbull is responsible for the woeful National Broadband Network — the joke they call the NBN.

In an era of remarkable connectivity, Australians spend half their lives looking at buffering symbols.

Australia has slower internet speeds than the US, Canada, most of Asia and Europe, Kenya, Latvia or Kazakhstan — and is continuing to sink down the world rankings.

Australia also has some of the most expensive expensive internet in the world, according to the World Economic Forum.

America has more than 250 “gigabit” cities using FTTP, proving a boon for local economies. Australia has none.

Villagers in the remote mountains of North Vietnam have better and cheaper internet than Australians.

All due to the mind boggling incompetence of one man: Malcolm Turnbull.

That was the meaningless, dishonest election slogan Malcolm Turnbull repeated a thousand times.

While repeating the mantra endless, the now departing Prime Minister knew perfectly well it was a lie.

That far from jobs and growth, government modelling predicts five million jobs in will be lost in the next few years to robots, automation and ever more sophisticated software.

Nobody, certainly not Malcolm Turnbull, has had the decency to warn the Australian people to prepare for hard times.

Millions of unemployed will be the kerosine which will set Australia’s already troubled social landscape on fire.

Make no mistake about it.

Four million Australians have no access to the internet

One of the world’s first and most brilliant theorists on the internet Manuel Castells, author of The Rise of the Network Society, argued that countries with high-quality internet, and an education system engaging the public in how to use it, are jumping forward in terms of social progress and the creation of a productive, cohesive, well informed community.

As Castells writes, even with many in the population possessing smart phones, the pitfalls and failure to develop arise within the education system of individual nations.

Essentially in countries with high quality internet which teach the people how to use it, the population becomes more intelligent.

A kind of hourglass effect.

Unfortunately, Australia is on the wrong end of the hourglass.

There is no reason to think that this is it.

As Yuval Noah Harari observes in his fascinating book Homo Deus: A Brief History of Tomorrow, the latest developments in the life sciences all suggest that the ability to experience emotion, solve complex problems and self-awareness are not exclusive to humans.

The one thing that has allowed Homo Sapiens to dominate Earth has been their ability to cooperate in large numbers, to build nations, armies, banks.

“Prior to the invention of writing, stories were confined by the limited capacity of human brains. Writing has enabled humans to organise entire societies in an algorithmic fashion.

With the arrival of the internet, humans are now connecting and coordinating in far vaster numbers than has ever been before.

The best minds on the planet are aggregating into cooperatives. New styles of group consciousness are evolving. The pace of change is accelerating.

Artificial Intelligences and their human adjuncts grow smarter by the day, by the hour.

Malcolm Turnbull has failed to apologise for the disastrous rollout of the National Broadband Network, his signature failure.

The NBN is a symbol of his leadership: a stuff up from beginning to end.

Professor Rodney Tucker, of Melbourne University, argues that Prime Minister Malcolm Turnbull’s fateful decision as Communications Minister to opt for Fibre to the Node (FTTN), has been an extremely costly disaster.

While the rest of the world is opting for Fibre to the Premises (FTTP), Australia is embracing an obsolete technology.

Professor Tucker’s paper, The Tragedy of Australia’s National Broadband Network, published in the Australian Journal of Telecommunications and Digital Technology, argues that a worldwide tipping point has been reached.

Globally, the majority of connections are now through FTTP. Australia is one of the very few countries using mass deployment of FTTN, with poor results.

Professor Tucker concludes: “This situation is nothing short of a national tragedy and a classic example of failed infrastructure policy that will have long-term ramifications for Australia’s digital economy.”

Professor Tucker says: “The NBN is a great loss of opportunity. We are becoming a broadband backwater. It will have profound effects.”

“Every Australian expert could see what was happening with technology. The economic case used by the Coalition government was nonsense from the outset.

“This is the largest single waste of public funds in Australia’s history. Turnbull must take ownership of this mess.

“The cost to the taxpayer is currently at $49.5 billion and there is every indication the government will have to tip in another $5–10 billion.”

Australia is not a big country.

It cannot afford to waste $50 billion plus on indefensibly useless programs.

Paddy Manning, author of the Turnbull biography Born to Rule, said Malcolm Turnbull had been sceptical of the NBN from day one.

“In the 1990s Turnbull made a fortune from the internet, more than $40 million.

“Unfortunately he drew the wrong lessons from his experience. He thought there would not be enough demand for superfast broadband.

“There was also a knee-jerk ideological wariness of government enterprise and an unwillingness to embark on genuine long term nation building infrastructure projects.

“The Coalition has to shoulder the blame for FTTN. It is a mistake. It will prove an even bigger mistake when we have to find an untold amount of money to upgrade it.”

“We have turned a vision into a quagmire.” Chief Executive Internet Australia, Anne Hurley.

“We further reiterate that the reach, speed and quality of an NBN is critical to Australia’s future economic prosperity.” Andrew Johnson, Australian Computer Society.

Falling Behind the Rest of the World

In the lead up to the last election industry body the Australian Computer Society issued a dramatic call for the nation’s political parties to confront the problems afflicting Australia’s internet.

“The information age is driving a depth and pace of change which is unprecedented in human history.

“Without a high-quality and pervasive broadband footprint, a nation cannot compete effectively on the world stage.”

The failure to embrace optical fibre and instead fall back on mixed technologies, especially the ageing Telstra copper network, was a retrograde step and it was becoming impossible for Australia to compete internationally.

“If we are falling behind already, imagine what it will be like 10–15 years from now. We have dropped 30 places just in the last few years and we’re now 60th in the global rankings.

“Australia has ambitions to become an innovation nation. How can this happen if we have a second-rate broadband network?

“It’s time for the government to accept that what seemed like a good idea has turned out to have created delays, increased costs and we’ve ended up with an inferior product.”

Australians are coming down to their shores and gazing out to sea in wonder at yonder worlds, places they cannot see and experiences they will will never have because their internet is so damn bad.

Millions of Australians struggle to do the simplest things online.

Tens of thousands of businesses have been severely impacted.

When this author’s household went on to the NBN, we promptly had intermittent or zero internet and phone services for months on end.

Frequent complaints to the relevant authorities got me nowhere.

Run around, run around. For hours on end.

Even now it is hopelessly slow, far worse than before the government blew $50 billion or more of public funds building the National Broadband Network.

TURNBULL’S ASSAULT ON FREEDOM OF SPEECH