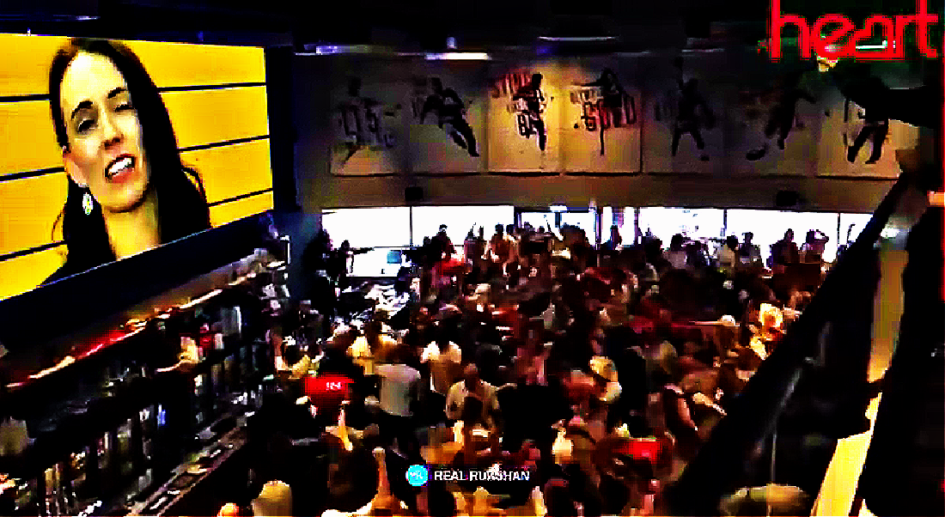 For close Ardern-watchers, her departure this side of the late 2023 election was hardly unexpected.  Notwithstanding her global adulation, especially from rusted-on progressives, greens, Covid statists and the generally woke, she was, increasingly, abhorred in her homeland and so destined to lose government at the now rapidly approaching election.

Secondly, further international stardom surely awaits, and her rewards from the global elites will, no doubt, be massive.  She can almost write her own job description.

Whether it be the not-for-profit industrial complex, global governance, corporate life, an academic sinecure that allows dress-ups on graduation days, or some body or other funded by Bill Gates or Big Pharma or both (like Ardern’s soulmate, Julia Gillard, who now chairs the Wellcome Trust, a eugenics outfit in the United Kingdom).  Or, indeed, all of the above.  A place will be found for the sainted one from down under, with a commensurate salary, perks and guaranteed fame.

All this will be cemented by her decision to leave on her own terms, as canny politicians with an eye on the main prize now, inevitably, do.  The Jacinda brand might have been tainted permanently if she had stayed and fought, like warriors less inclined to pursuit global baubles.  John Howard and Tony Abbott come immediately to mind.  As an aside, it is a little odd that a 42-year-old can be described as having “nothing left in the tank”.

Her connections with the Davos class are broad and deep, and she is of one mind with those who believe in Great Resets.

Her international connections have been nurtured for decades through her membership of international socialist organisations, her Blairite linkages and her mentorship by that other feminazi extraordinaire, Helen Clark.  To be sure, Ardern has always been destined for “global leadership”, a term that Clark uses with glee to self-describe on her own website.

For someone destined for queen-of-the-world status, being prime minister of a tinpot little country at the end of the world was never going to be anything but a staging post.

What is Ardern’s legacy?

The mainstream, right-of-centre press has done a good job in reporting her many failures, which have been the result of deep ideology, serious stupidity and genuine evil.

The Maori Peters regards Ardern’s inherently racist plans for an apartheid system as abhorrent, including to many Maoris not inclined to claim victim status, always an absurd proposition based on a wilfully inaccurate interpretation of the Treaty of Waitangi and of subsequent New Zealand history.

Then there are the broken promises, like her lamentable failure to address chronic housing problems, and her oversight of the rapid decline of Kiwi education.  Not to mention her cloying, supine grovelling at the feet of Xi’s China.  Ardern outdid even the most sycophantic Australian ex-politicians such as the execrable Bob Carr.

She has been, globally, a stand-out Covid cultist and totalitarian.

She locked down the whole country for months and cruelly excluded stranded Kiwis abroad, not to mention potential international visitors, destroying the fragile, tourism-reliant Kiwi economy in the process.  Perhaps her most infamous line, relating to so-called Covid disinformation, was as follows:

We will continue to be your single source of truth.  Unless you hear it from us, it is not the truth.

Unsurprisingly, this astonishing clip is not easy to find online, and is the subject of quite a bit of “fact checking” by the like of Snopes.  Big Tech doesn’t want that one out there, hanging.  There is a sacred reputation to defend and protect.  One facebooker aptly described Ardern’s one minute and eighteen seconds of disturbing tyranny-speech as “going full 1984”.  Oh yes, Ardern was up there.

The Spectator Australia expanded on this in July 2022, describing the speech as “chilling”:

The 2020 clip was dug up by The Daily Wire yesterday, reminding the world what the crucible of government overreach looked like from the sober reality of 2022.

And it is not a pretty sight.

The hubris, delusional self-importance, and elevation of government to a position of ‘absolute unquestioned truth’ is a sign that New Zealand’s leadership has gone beyond its charter and waded into a China-style system of absolutism.

The supreme irony is that now the things that Ardern and others were then proscribing and describing as dis- or misinformation are regarded by those who follow the science of Covid as mainstream.  Naturally, there has been no backtracking and no admissions of culpability from Ardern or her Government.

Even Ardern’s empathetic successes – mostly her mournful, performative wokeness following the Christchurch Mosque tragedy of March 2019 – were built on the needs of global self-promotion and ideology.  Her allies called this “leadership”.  More perceptive observers saw only blatant self-regard.

A global icon of the left?  No doubt about that.  Citizens of MelDanistan aka the Australian state of Victoria – very naturally her friends – even painted a silo in Brunswick with a giant mural in her honour.  Inevitably, a suitably veiled, eyes-closed Prime Minister hugging a Muslim.

Unlike the mural of Shane Warne, no one in Melbourne seemed to object to this Chinese-style public adulation of a foreign politician.

No one in the legacy media, aka the Jacindarella cheer squad – will ever use the term “divisive” to describe their heroine.  They save these words for the likes of Pope Benedict and George Pell.  Instead, it is the irrepressible Craig Kelly who nails it:

“After smashing human rights & civil liberties and trying to enforce Klaus Schwab’s globalist policies upon New Zealand, the stilettoed jackboot has decided to cut and run as she’s hopelessly behind in the polls.”

It just about sums up both her departure and her miserable legacy.  And, naturally, her stated last day in office is the day after Waitangi Day, 6 February, allowing her to play dress-ups one more time and do a Maori lap of honour.

Cover image of crowd erupting in cheers as Jacinda announces her departure courtesy of The Real Rukshan.