‘Stand Up!’: Australians REJECT the ‘New Normal’ with Marches across the Country 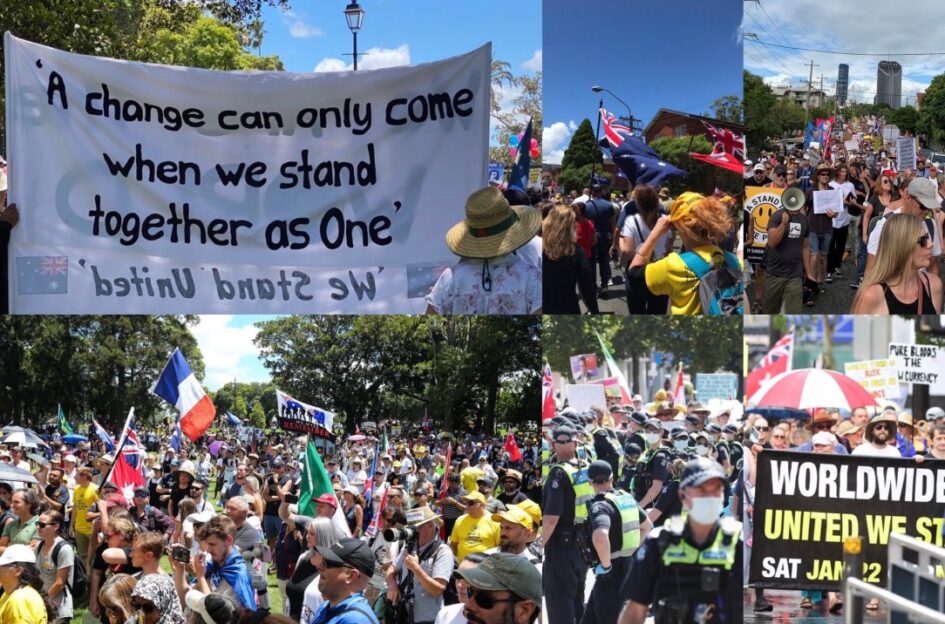 Large crowds have marched across the country on Saturday to oppose the dystopian ‘new normal’ way of life in 2022, with campaigners saying freedom is far from restored.

Following the decision by Premier Mark McGowan to yet again backflip on opening the WA borders after over 600 days, the people of Perth have shown today they are not impressed.

Protesters returned to Perth’s CBD to march against continued mandates and isolation of the state – urging people to “wake up” and “take down the government”.

Huge crowds, including families who brought young children and babies, gathered in 40C heat at Forrest Chase this afternoon for speeches and a march through the city.

The Melbourne event attracted a large crowd, with thousands walking from Parliament House through the CBD to Carlton Gardens.

Signs with slogans such as “my body my choice”, “save our children”, “free Victoria”, “fake news”, “be fab stop the jab” and “unvaxxed sperm is the next bitcoin” dominated the streetscape.

Outside Victoria Police headquarters, protesters chanted “you serve us”, blew whistles and yelled “freedom” as a line of police stared them down.

The crowd then marched through city streets to have their voices heard:

Protesters were spotted with signs that said “wake up Australia”, “we don’t need no vaccination”, while one woman smiled as she held a sign saying “stop medical apartheid, shame on you Merrylands RSL”.

Another large crowd gathered at Musgrave Park in Brisbane this overcast afternoon, for an empowering event of music, motivation and a long march through West End and South Brisbane.

A group of veterans arrived to show solidarity and join the events:

The group remains at the park listening to entertainment and connecting.

A wet day in Adelaide today, with protesters descending on Rundle Park and weathering the conditions for speeches and a march through the CBD.

The man himself, Graham Lyons, spotted with another creative sign on-the-ground:

Thank you to AdelaideFreedomRally.com for the following shots of the march:

Cairns also had a very wet day up North, with a passionate crowd gathering for a day of speakers, a march and a chance to connect with a like-minded community.

Journalism, as the old saying goes, is the First Draft of History.

Throughout this deeply troubled period of Australian history TOTT News has been one of the country’s most forthright and thorough documenters of the weekly protests which have transformed Australian cities at the same time as almost all normal civilian life has collapsed.

Many, many hundreds of thousands of people have taken to the streets these previous months, in utterly unprecedented displays of protest which have been largely ignored by the nation’s bought and sold mainstream media. The abrogation of their civic responsibilities by the nation’s journalists as their outlets have turned into propaganda vehicles for government has been one of the saddest aspects of these times.

TOTT News will be adding more images from regional locations, which are still being sorted and uploaded! To see their full footage of these latest protests go to their original story here.