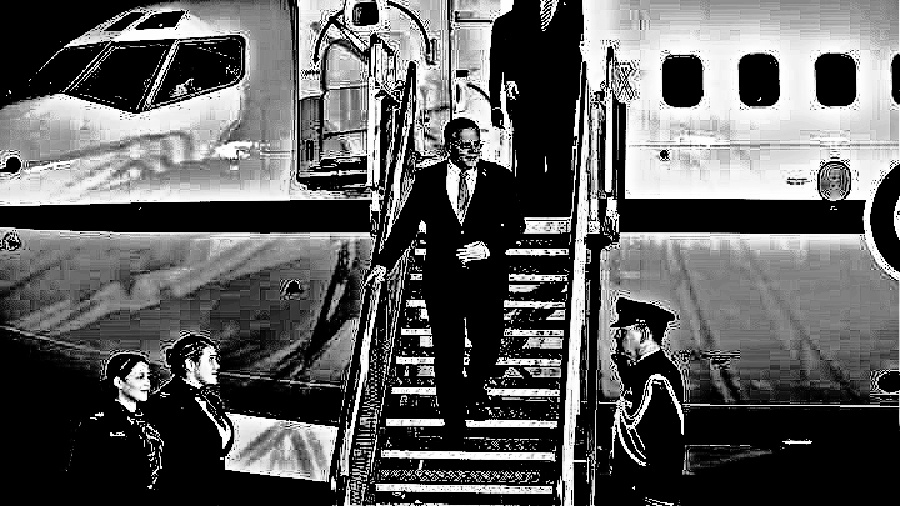 At the state and federal levels, there were legislative mechanisms in place to respond to the public health crisis that is COVID-19.

As these laws and regulations were drafted, the particular disease they would be applied to was unknown, but there was an expectation that such a crisis was coming.

The formation of the National Cabinet in March 2020 was different. No legislative framework had been set in place to establish the body, made up of the prime minister, state premiers and territory chief ministers. Instead, it was formed on the fly to deliberate upon the national pandemic response.

Indeed, the National Cabinet is basically the same body as COAG (the Council of Australian Governments), which is the intergovernmental body that meets to discuss matters of national importance.

However, since the National Cabinet’s inception, Scott Morrison has been asserting that the same secrecy mechanisms that apply to the federal cabinet, should apply to this body.

And following a court ruling that this was a false claim, his government is now attempting to pass laws to hide National Cabinet documentation.

Whilst this move to avoid transparency appears to be an endeavour to avoid negative public scrutiny, the proposal is particularly problematic as this information is highly valuable at a time when COVID-19 is likely not the only pandemic we’ll be facing.

Senator Rex Patrick had submitted a freedom of information request to access National Cabinet minutes. And on 10 August 2020, the PM’s office denied his request, stating that the cabinet in confidence rules that apply to the federal cabinet extend to the national body.

All Australian jurisdictions have a cabinet, which is a body made up of senior ministers empowered to take decisions on behalf of the government of the day.

And under section 22A of the Archives Act 1983 (Cth), any federal cabinet documents produced since 1990 remain hidden from the public for the period of 31 years.

So, Patrick took the matter to the Administrative Appeals Tribunal in August this year. The senator argued that there were no grounds for the prime minister to extend cabinet confidentiality to the National Cabinet, as it is a body that operates beyond the scope of a single government.

AAT Justice Richard White found that the government’s assertion that the National Cabinet is a subcommittee of the federal cabinet is “tantamount to a submission that any committee may be a ‘committee of the Cabinet’” in terms of freedom of information laws.

“This is unsound,” his Honour added.

Following the decision, Senate Select Committee on COVID-19 chair Katy Gallagher announced that she’d be resubmitting requests to access a long list of National Cabinet documentation that had previously been denied under the “National Cabinet defence”.

“Not a spectator sport”

The Morrison government has since moved to counter the findings of the AAT with the COAG Legislation Amendment Bill 2021, which was introduced into the federal upper house on 2 September.

The legislation seeks to amend a number of Acts to reflect that COAG has ceased to exist and it’s to be replaced by the National Cabinet, or, as it is termed in the amendment bill, the First Ministers Council.

“And like the Commonwealth cabinet and its committees, the maintenance of confidentiality is essential to enable full and frank discussion between the representatives of all jurisdictions.”

In her assessment of the proposed changes, NSW Council for Civil Liberties executive officer Rebecca Payne wrote that the move is “a blatant and cynical attempt to avoid transparency by including within the definition of cabinet something that cannot properly be called a cabinet at all”.

While the National Cabinet is to become a permanent fixture, what the body has been discussing since its formation on 15 March last year, has been how our nation should respond to a public health crisis that had the potential to take the lives of many more Australians, as has been seen overseas.

As Tudge explained in his speech, the body of senior ministers from various jurisdictions has been vital in making crucial collective decisions in relation to social gathering restrictions, quarantine, the closure of borders, and the continued movement of freight.

“As Australia transitions its COVID-19 response, the prime minister, premiers and chief ministers are focussed on the successful delivery of the national rollout of COVID-19 vaccines and on the economy,” the minister continued.

Yet, at the very time Tudge was singing the praises of the federated approach the National Cabinet has taken in response to the pandemic, he was standing before parliament with a document that proposes to bury all this work from the public record for the next three decades.

Scientists globally are warning that it is likely that we are entering “an age of pandemics”, as more infectious diseases continue to make the jump between animals to humans. And rather than have a well-earned rest following the COVID-19 pandemic, they suggest we prepare for what’s ahead.

So, what these scientists are saying indicates that the deliberations of the National Cabinet contain vital information that could be assessed in preparation for further possible outbreaks of novel diseases, as this could help us avoid some of the mistakes of the current crisis response.

And the predictions of these scientists don’t suggest the Morrison approach in protecting public health going into the future, which is to hide all information that could prove detrimental in terms of votes in the coming election.