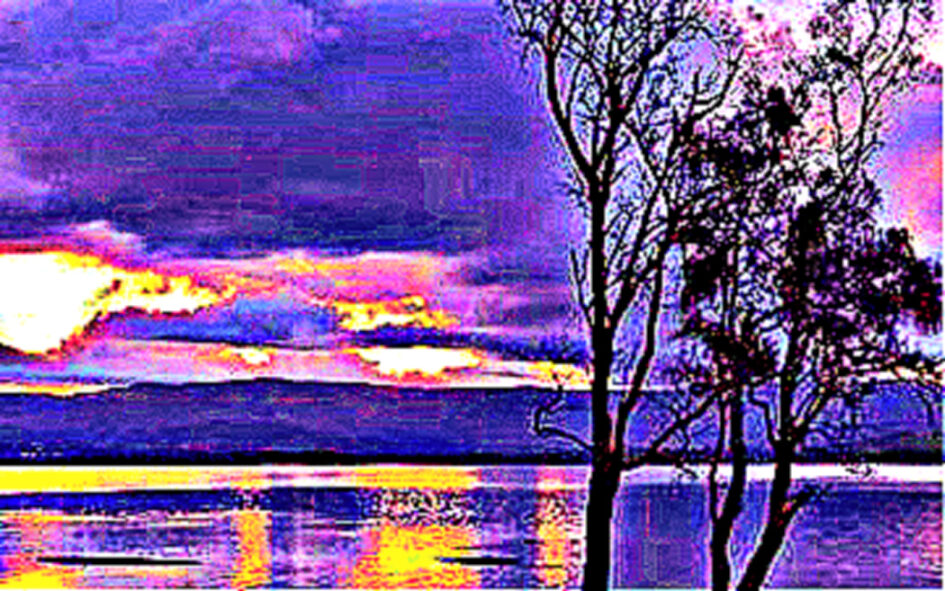 The thing he remembered most starkly about those early months of the so-called “pandemic” were empty trains churning through the night, a sense of dread as everything was altered, military helicopters hovering over an empty Sydney Harbour, empty streets, silent suburbs, and dread, mostly dread.

One of the extraordinary things about Australia in early 2020, was that polling showed faith in government and the media had gone up. A unique time and place, that period of history.

There was a strange moment between support, submission, compliance and an unknown threat. It was what would come next that would destroy the country.

There were so many signs in the lead up, so many signals that things were about to go terribly wrong. Every pundit on the planet was active. Medical experts competed for attention.

Data released in April by the Australian Bureau of Statistics in conjunction with the Australian Taxation Office revealed that at least 6% of workers had lost their job over the previous month, with the accommodation and food and arts and recreation industries smashed by the impact of the government’s response to the coronavirus.

While the fall in jobs was pretty similar for both women and men, there were large differences across age groups. In the last two weeks of March, employment fell 6% for all workers, but for those under 20 and over 70 it dropped by 9%.

In the car parks at Oak Flats, where Old Alex had found himself stranded, as night settled there was a deep sense of threat in the air. Potential friends became potential enemies just like that. Customers were rushing into Woolworths as if it was their last chance to buy provisions before the holocaust began, barely looking at each other, clearly  frightened.

What was once a gruff, no-nonsense working class suburb was already diminished.

That once sacred most beautiful of waterways, Lake Illawarra, on the NSW south coast a couple of hours south of Sydney, now reminded him more of Pokhara in Nepal in the early 70s. Back then, with electricity a luxury, only a few lights from a couple of small hotels or grand houses punctured the Nepalese night, and the only sound was of generators grumbling through the tight mountain air; or the occasional shout from some local celebration. Mostly there was silence.

The same was now true of Lake Illawarra, which in 2020 was already intensely suburbanised. People were dug in inside their houses, afraid to go out in case they encountered the virus, which might as well have been ebola for all the drama, fear and exaggeration which surrounded it.

Old Alex was out of sorts, perhaps with himself, but most of all with the prevailing sentiment.

The country was rallying, much to his disbelief, around the Prime Minister, Scott Morrison. There were pieces in what remained of legacy media lauding the father of the nation. For crying out loud!

An old journalist who knew, if nothing else, how media narratives were manufactured and how badly the populace was being served, how heavily manipulated they were, Old Alex fumed daily about the paucity of genuine information, every politician in the country taking the opportunity to grandstand in front of television cameras. And falsely, immorally to his mind, panic the population.

Australia had not seen quality governance for many years, and the current crop of wreckless politicians had as their natural constituents the Very Big End of Town. The closest any of the nation’s leaders got to mingling with the likes of those who lived in Oak Flats, “Oakflattigans” as they were sometimes known, was every few years for local, state and federal elections.

Every last one of those sycophantic stories lauding the nation’s leaders sickened Old Alex to the core. His generation of journalists would have been ashamed to give credit where credit was not due; as so many members of that now corrupted, once noble profession, did.

An old News Editor of his at The Sydney Morning Herald back in the 1980s, Richard Glover, now a well known radio personality on the taxpayer funded ABC and a star turn at the gatherings of the the city’s burgeoning bourgeoisie, had written a piece for The Washington Post titled “Australia’s leader is winning the argument on the coronavirus”.

“Australians like to see themselves as rebellious people, distrustful of authority — but the coronavirus has changed that,” Richard wrote.

“While small protests against the lockdowns have erupted in the United States, and some in Britain have insisted on their right to party, in Australia we’re mostly doing what we’re told.

“In Sydney, public transport use is down to levels not seen for nearly 100 years. Attendance in government schools in Victoria is down to just three percent. In parks, walkers and joggers dutifully arc around each other like passing ships.”

Glover acknowledged that certainly, there were voices attacking the government’s response as excessive.

“Fittingly — given the topsy-turvy politics of covid-19 — the Prime Minister’s main critics are populist right-wingers from his own side of politics, such as the radio host Alan Jones and the columnist Andrew Bolt. Australia’s very success in limiting infections is now being presented by Bolt as proof the threat “was wildly exaggerated”.

The left is not always right, and the right not always wrong, as the old saying goes, and the left’s embrace of authoritarian measures and the destruction of civil liberties under the cloak of Covid would ultimately do them great harm.

But Glover was not of that view: “At the moment, the prime minister is winning the argument. The lockdown, however onerous, is working. Listening to experts is working. And working together, across political parties, is working.

“Will this new attitude outlive the pandemic? Probably not. But right now, the Australian and New Zealand “bubble” looks like a pretty good place to be.”

Alex could hardly have agreed less. Relying on “experts” depended entirely on the experts you chose. Then again he had never much agreed, even in the good old days when Richard had been one of the new breed of super-cool whiz kids on the fusty, venerable old institution known as The Sydney Morning Herald. Well; at least not on what constituted a story.

He and Richard had been friendly for a time. As a News Editor his ideas were not always gritty, but often successful. A front page story picturing Bondi Beach crowded with the nubile flesh of the day, and explaining why each of them wasn’t at work like the rest of the toiling masses, had the city talking for weeks.

Richard had gone on to have a stellar career, much beloved by Sydney’s chattering classes. Glitter city. While Alex had grumbled on as a general reporter, never rising to the heights of editor.

At a newspaper reunion not long before he had said to Richard: “You know, the best thing about you as News Editor was, there were worse to come.”

Richard didn’t take the joke, looked if anything a little miffed, and soon enough was off mingling with the crowd, his crowd.

As for Old Alex, he could not believe the population’s gullibility. And submissiveness.

Many people would make the same observation in the coming months; with varying degrees of alarm or disbelief. That the single most frightening aspect of the times was not the virus, but the people’s willingness to comply unquestioningly to the blizzard of edicts stemming from government.

“We are all going to just have to learn to do as we’re told,” a woman at a local pie shop said when he started to grizzle about the various restrictions.