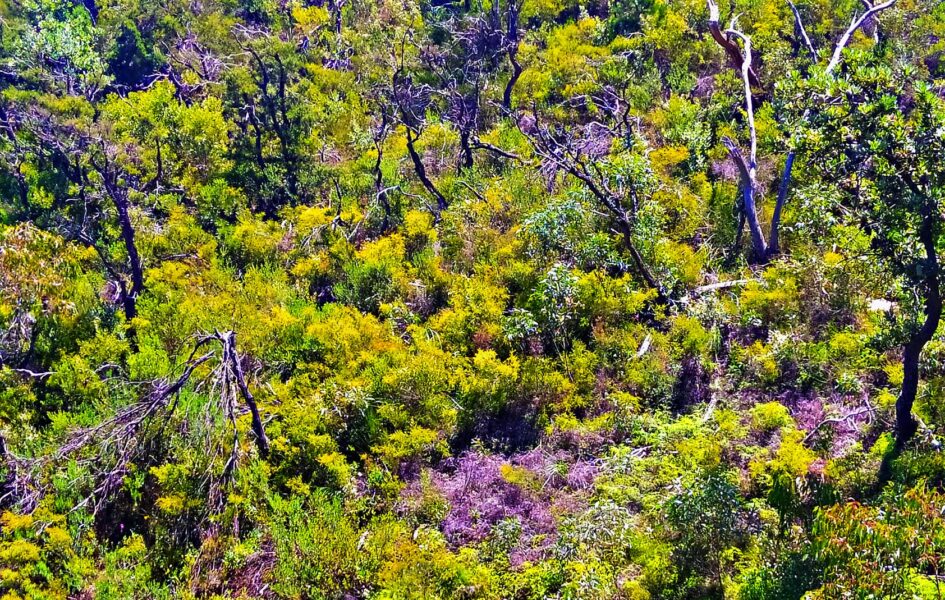 None of it would last, or so Old Alex believed, retaining as he did a naive faith in the natural, healthy scepticism of Australians. Surely none of what was happening made any sense at all.

There had been weeks of extraordinary confusion, a series of contradictory government announcements which appeared almost deliberately designed to instill panic into the population. It seemed, in Alex’s fevered imagination at least, that there were many dark forces at play. That the evils he saw in his imagination were indeed very real.

Meetings of more than two people had been banned. If you were standing outside your house speaking to a neighbour and a third person joined the group, you could be charged or arrested.

As far as Alex was concerned it was simply a version of martial law. Introduced under the cover of Covid-19. There were so many stressors.

The pubs were shut; he didn’t really know any other way to relax before returning to a difficult personal circumstance. And so he would park the car by the lake in the wintering sky, and take a shot of bourbon out of a bottle in the boot. The houses were shut. There was no one around. It felt very lonely.

Scott Morrison’s political ascendancy came despite the pundit’s best efforts. He was loathed by the nation’s intelligentsia across the political spectrum.

Already by March they were in full flight, and Alex was more than happy to report on them.

“The coverage has been excoriating. And so it should be. Australians have been abandoned by the political establishment. In a time of crisis, they’ve been doubly abandoned. There has been a catastrophic loss of faith in democracy, and all their malfeasance has come floating to the surface, plain for everyone to see.

“Government messaging has been absurdly confusing and contradictory, as if it was deliberately trying to sow panic into the population: Some of you will lose your jobs. Some of you will die. But don’t panic.

“No doubt, judging by his body language, Prime Minister Scott Morrison thought the pandemic was his opportunity to stamp his authority on the nation after the tragic debacle that was his handling of the Christmas bushfires.

“Instead, as dole queues wind around the block and the welfare agency Centrelink fields literally millions of calls, this pandemic will prove his undoing.”

“What is clear is that Morrison is also doing his level best to keep us all confused. Tuesday night’s press conference was the prime minister at his bumbling, inept worst.

“As the prime minister drifted back and forth in his rambling comments, shopping centres around the nation were closed early on in the presser, only to be reopened 15 minutes later.

“The prime minister wanted to be clear and the nation could agree on that much at least. But the problem is that every time he speaks nothing is clear.

“The government has been hapless in communicating to Australians the seriousness of the pandemic and the seriousness of its resolve. Faced on Monday with the gravest crisis of unemployment in a century, the minister for government services, Stuart Robert, joked. This attitude is no small failure.

“The inconsistency of message, the contradictory measures and an approach that too often seems only semi-committed, has left much of the nation frightened, confused and angry, and some of it careless and uncaring. And all of this is dangerous to us.”

Paula Matthewson, senior reporter with one of the nation’s few mainstream news outlets not behind a paywall, The New Daily, wrote:

“Everywhere you look, from traditional news outlets to social media, there are widespread and vocal complaints that people are being made even more anxious by the mix of confusing and competing information that’s flooding across our screens and jamming the airwaves.

“This is obviously a problem — simple, clear and understandable messages are needed in times of emergency or crisis, particularly when lives could depend on us being able (and willing) to follow any instructions.”

Dr Simon Longstaff, Executive Director of The Ethics Centre, a public intellectual in a country where such beasts are rare, said the past few days had seen Prime Minister Scott Morrison describe panic-shoppers as engaging in behaviour that is “ridiculous” and “un-Australian”.

“He also had a crack at the people who flocked to Bondi Beach in the recent warm weather for not taking seriously the requirements for physical distancing.

“He is right on both counts. However, his message is blunted by the lack of authority attached to his office. This is part of a larger problem.

“The government’s meta-narrative is now one in which responsibility for the nation’s fate is tied to the behaviour of its citizens. The message from our political leaders is clear: you — all of you, the people — must take responsibility for your choices.

“Again, they are right. It’s just a terrible pity that the potency of the message is undermined by the hypocrisy of the messengers — a group that has refused to take responsibility for pretty much anything.”

Bernard Keane, author of The Mess We’re In and a senior reporter with leading left leaning news site Crikey, wrote that as entire industries are shuttered and hundreds of thousands of people find themselves out of a job, the government wouldn’t even think about a change in its economic strategy, for bureaucratic and – seemingly – ideological reasons.

“Construction and non-essential manufacturing are candidates for closure as well.

“Hundreds of thousands of businesses that won’t be in a position to borrow, at any interest rate, because they don’t know how long they’ll be shut down for or what awaits them when the economy emerges from its coronavirus coma.

“But the government’s preferred option, seemingly, is that those businesses shut and their workers, and even owners, join the dole queues, rather than trying to keep those businesses going and those workers receiving an income.

“And it’s shut-up parliament until August so there can be no debate or alternative proposals put forward by other parties. What kind of smoking ruin of an economy will be left by August?”