More of the Same – Only Different: Think for Yourself 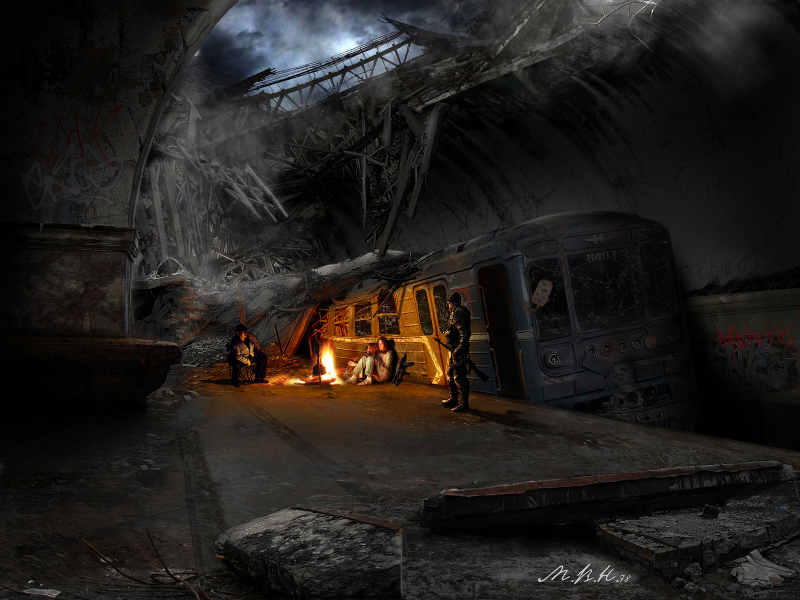 Pre-2020 nobody cared much about the flu – we just lived with it. Health workers would complain, rightly so, about being under-resourced every major flu season – but meh, who cared or listened? Certainly not governments.

Then suddenly, in 2020 out of the blue, all hell broke loose over a particular kind of flu. I don’t need to remind anyone what that was like – we’ve all lived it.

Now many governments, semi-conscious perhaps of the immeasurable damage their irrational measures have caused, would like us to live with the flu again. But that message is not an easy sale when dealing with a hyper-sensitised, completely traumatised public.

And so the Covid boogeyman just keeps making the rounds. The topic seems to be virtually inexhaustible.

I’m not surprised. I knew that winter would bring on another wave of doom and gloom, but it is fascinating to observe what’s going on right now.

I can’t help but laugh at our hapless politicians, health bureaucrats and so-called health experts, our various Departments of Disease, who keep pushing useless and perhaps even dangerous substances (they call them vaccines) onto the mostly still unsuspecting public.

It is inconceivable to them that perhaps, just perhaps, these substances have done, if anything, more harm than good. The mere thought is considered outright heresy.

I laugh at them because while they do what they do, all the while there is mounting evidence against criminal organisations such as Pfizer. It is becoming ever clearer that panicked governments colluded with greedy pharma companies to unleash something potentially horrible on society. They could have always known, and they could have prevented it, if they had asked questions and weren’t such devoted Covidian apostles.

Then again, they probably believed their own propaganda and meant well.

Oh, I just don’t know whether to despise them, feel sorry for them, or show understanding that they too are victims – victims of the world’s biggest ever mass psychosis. More on that later.

The mainstream media are equally culpable, because they simply won’t pick up on any of this evidence. Their Covid headlines have become a little less sensationalist, but by and large they still prefer to be henchmen for our puppet politicians and corrupt organisations like the WHO. I suppose that’s what the playbook ordered: Unquestioning pandering to the pandemic peddlers.

Investigative journalism is now the domain of a few journalists who have retained commonsense and integrity throughout this manufactured crisis. Of course, these journalists are defamed by the mainstream as right-wing conspiracy theorists. But that’s usually how it goes: if you don’t have any real arguments and you want to avoid debate, there’s no better way to censor your opponent than some form of character assassination.

I feel for those who have been and will be damaged by these irresponsibly dished out experimental concoctions.

I’ll be damned if I ever have one of these jabs. Even my elderly parents have said “enough is enough” after rolling up their sleeves twice – only to get sick anyway.

I must admit, there is a tiny amount of unspoken told-you-so Schadenfreude when I hear from thoroughly vaccinated people that they too “go it.”

Invariably they will say “but it wasn’t as bad as it would have been without the jab.” I guess that’s one way of coming to terms with realising that one has been fooled. Seriously, how could anyone possibly ever know? We are expected to trust the science – no matter how shoddy it is.

What I predicted with the first imposition of lockdowns is now coming true: our immune systems have been severely compromised by this most stupid of decisions, and we’re all getting sick, Covid or not.

Not allowing us to mix with other people for months on end has been a huge mistake. Being sick, having colds and the odd flu is part of life, and we need that in order to stay healthy overall. It’s not the end of the world for the vast majority of us. If it gets really bad for some people, there have always been perfectly good and effective remedies – which of course have been poo-pooed and even forbidden by those who told us, ultimately for their own benefit, that only a vaccine will save us.

And what about the ridiculous numbers that are still being bandied about by those insufferable Covid doomsayers – as if any of those numbers had any meaning whatsoever? As if these PCR and other tests had any relevance and reliability. As if any of the statistics and their underlying assumptions we are being spoon fed day after day were not a complete joke.

For all the pain, damage, anguish, torture and injustice we’ve been subjected to by our governments over the last two plus years, Covid is allegedly still running rampant, still haunting us, still holding us captive. It must not be over. And so new scariants crop up every so often, just to make sure the fear levels remain sufficiently high.

Only now, suddenly, it’s ok to not lock us up any more, not to force useless face nappies on us any more. They must have figured out – finally – that treating us like idiots is perhaps not such a good idea after all. I couldn’t believe it when I recently read an article in which a politician was quoted actually saying: “We need to empower [people] to make their own decisions.” Seriously? Are you kidding me? Now you’re saying that? After over two years of one insult after another? What happened?

Don’t get me wrong, I’m grateful for the wonderful freedoms we are now suddenly being granted again. How very generous. Human dignity might actually become a thing again one day. I live in hope.

All of this Covid theatre was never justified, and yet too many people still seem to believe it all, and would probably put up with it again – I’m thinking of the people I observe in public skilfully putting on masks as if it was the most natural thing in the world; the people who recoil in horror when someone sneezes or coughs in their vicinity; the people who frantically wipe down any surface they’re about to touch; and the people who glibly refer to their fellow citizens as “the great unwashed,” as if they were vermin. How sad.

Thankfully though, at least a significant minority seem to just want to get on with life instead of hiding in fear from something that is really quite harmless for the vast majority. Hurrah, I’m no longer the only one refusing to wear that horrid symbol of oppression on public transport.

I have little sympathy for employers who are throwing up their hands in despair because their underlings won’t show up at the office any more. They fuelled the madness, instead of keeping a cool head early on, and telling governments that what they were doing was idiotic, also from an economic standpoint.

“Oh, but back then we didn’t know…” Sorry, but if you can make cold hard rational decisions in a flash to sack thousands of workers to satisfy your shareholders, you could also have kept a cool head when you saw the ridiculously unconvincing Covid tales coming out of China, Bergamo, New York.

You should have stayed on the ball, dug deeper, analysed the situation, done oh let’s say a risk analysis, not just fallen for this false agenda that was evolving. Unless of course you actually benefited from the Covid carnage, in which case you would have rubbed your hands in glee anyway – and so: shame on you. Boo.

And then there’s the abject failure of our would-be democratic institutions to protect society from this Covid debacle. The people who make up these institutions have insulted our intelligence for far too long. They have allowed our society to slip into a form of totalitarianism that is positively frightening. Only one opinion counts, only their way is right, and they must not be questioned.

But surely parliamentarians, ministers and judges are only humans – they all lost their faculties and were inadvertently sucked into the Covid vortex like most, and therefore we should cut them some slack, right?

Seriously, could we not expect more of our leaders, our economic elite?

At least we can see some cautious back-paddling. What previously led to an immediate state or country-wide lockdown is now nervously tolerated, and we are asked to live with it.

Thank goodness there doesn’t seem to be an appetite by politics for further lockdowns and mask mandates, but our politicians have demonstrated in the past that they have no backbone, and so I wouldn’t be surprised if they would eventually buckle under pressure, from the WHO, for instance.

Interestingly, there are even absurd polls about how many alleged “Covid deaths” people would find acceptable. So this is where our disease and death-fearing ultra-safety driven society has arrived at.

Despite the shift in attitude by politicians who are trying to weasel themselves out of the impossible situation they’ve manoeuvred themselves into, I have yet to hear an outright apology for the nonsensical and damaging measures that were taken. I suspect there is no apology forthcoming.

Am I too harsh in my judgement?

I’m an ordinary citizen, father, partner, employee. How could I see and call out this most destructive overreaction about Covid and our leaders couldn’t?

Perhaps I have a power they don’t have: the power to think critically, the power to question, to even question myself (and believe me I did!). And I have the freedom to think and say what I like, even though I often censor myself for the sake of keeping the peace too – for instance at my workplace.

I also have a deep-seated desire to search for the truth, though of course it’s often not clear what the truth is. But it sure is worth seeking it out, and doing one’s best, despite all the biases and psychological imperfections that can afflict us all.

In any case, the truth is self-evidently not that humanity has been ravaged and decimated by an incredibly deadly killer virus. The cures were so screamingly obviously much worse than the disease.

In the face of such injustice as we’ve all experienced, I feel it is my duty to speak out, to be courageous, to not follow senseless rules, although I too pick my fights.

To be clear: I’ve never judged ordinary people who were swept away by this tsunami of stupidity. I know we’re all potentially susceptible to mass hysteria. I could have been one of them. I just took a closer look and smelt a small letter ‘rat’ right away.

But our leaders: they are in their positions because they enjoy a special trust and bear a higher duty, and almost every single one of them failed us miserably by simply following an apparently faulty narrative.

This mass hysteria could have easily been prevented if our leaders had bothered to do their jobs properly, if they had questioned the irrational voices and had heeded the warnings of those who kept their cool and risked their careers and reputations to point out the obvious.

One does not need to be an expert to smell a rat. One only needs to employ one’s commonsense, to have an inquisitive mind, to be sceptical. Perhaps this cannot be expected of everyone, and not everyone has the time and energy or interest to research. But it can be expected of those in charge, those who call themselves leaders in our societies and often get paid extremely well for being in such positions.

So when I hear a WHO official or some high ranking politician who in all apparent seriousness attributes cleverness to the virus, I can only laugh and say tongue in cheek that it sure is cleverer than them.