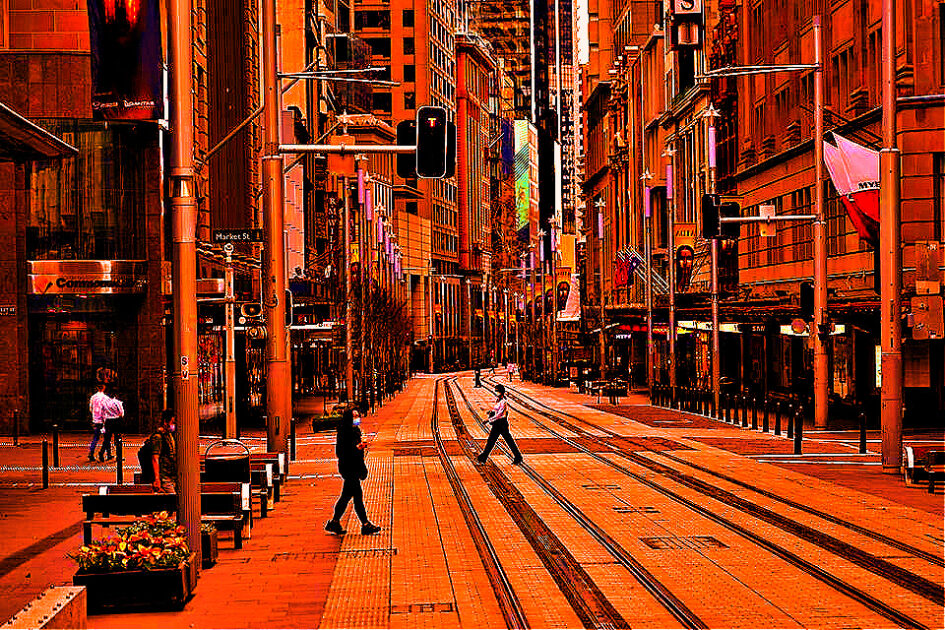 “WHY DID you start using heroin?” Zac asked.

He and Olaf had left the others back at the beach. They were sated from the picnic feast Tracey and Jesse had thrown together and, despite Olaf suggesting the nature walk, chose to remain back, happy to sunbake and swim and listen to Sylvia’s new playlist.

Not Zac. He’d been itching to get some private time with Olaf, and Olaf knew Zac would be asking this question sometime. It was a popular query among the clients, not so much to find out about the staff, but to make an opening for their own dark secrets.

“I’d love to tell you it was the inevitable progression of an existential crisis brought on by liberating my inner artist and general paradigm subverting and all that other neo-hippie bullshit, but honestly? I found it stopped the persistence of memory.”

“What did you survive?”

Olaf flinched. All the years of therapy still couldn’t prevent the insidious recall of being restrained and flayed with electrical extension cords. He’d come to terms with having been repeatedly raped in his teens by a family friend, but his mother’s sadism would simply not leave.

“The whole fucking shit show. You?”

Zac quickened the pace, stepping in front of Olaf to negotiate a narrow section of the track.

“My father was a very angry and resentful man, but he probably only gave me four thrashings in my life. He’d occasionally get pissed enough then rant and yell about his colleagues and how hard done by he was, but otherwise he was unable to provide any emotional contact. Physical affection didn’t exist at our
house. I can’t recall ever seeing him and Mum even hug each other. To be honest, I’m not sure what was worse – his rage or his indifference”

“So, figure out which one and go to work on it.”

They came to a short wooden bridge over a stream and stopped, resting their backs against the rails and facing each other. The gentle sound of the water below, the rustle of branches in the breeze and the occasional bird trill belied their childhood turmoils.

Zac turned, looking toward a small cascade of water upstream.

“Maybe it’ll just go away when I get off methadone,” he said.

“I don’t want to rain on your parade or anything,” said Olaf. “But I’ve got bad news for you, Zaccy boy. As your dose lowers, your emotions are going to go into overdrive. All those feelings you’ve been suppressing for years.”

“Yeah, that’s not exactly what I want to hear. What do you suggest?”

Olaf moved, leaning on the wood alongside Zac.

“Well, when you’ve completed rehab, you’re going to be needing some kind of
aftercare. Now, whether that’s NA meetings, one-on-one therapy, SMART
Recovery groups, whatever, it’s up to you. But speaking for myself, I found
getting a good shrink was really helpful. I still wrestle with some internal
alligators, but I realised long ago that getting smashed wouldn’t heal me.”
“I need to be honest with you. I keep wanting to leave. You know, just up and
go.”
Olaf laughed and slapped Zac’s arm.

“Excellent. That’s the best thing I’ve heard from you yet, you crazy fucker. So you should.”

“No, want to. That tells me you’re getting it. You’re being challenged by your peers; you’re living in this lab rat environment with a bunch of nimrods like me watching your every move; you’re doing unfamiliar things like being accountable for your actions and calling your peers out on their shit. Of course
you want to leave. It’s those Daisy Duck motherfuckers wandering around going ‘oh rehab is great. I can’t wait to finish and help all my friends get off drugs’ who wig me out. They’re the ones who usually go straight into the good Lord’s pizza oven.”

“What are you thinking?” Olaf asked.

“I only ever had one friend as a kid but my parents didn’t approve, so that was the end of that. My next friend was schoolwork, then heroin. Kind of pathetic, really.”

“Not at all. Kind of too familiar. For me, for our cohorts on the beach, for the countless other poor fuckers who used skag to disconnect from themselves.”

“Can I tell you something weird? Just before I fell asleep last night I had this … not so much a dream, but a sensation. I used to get it when I was a kid and it was really scary but it was also very comforting. So, as I’m drifting off last night it feels like my teeth are these huge boulders floating in my mouth, and…”

“Get the fuck out of here. Like your head is outer space?”

“Your teeth all feel like they are the size of fucking Jupiter or shit, and they’re all light years apart but creating weird gravity in your head …”

“Yes! You too? This is unbelievable! I told a couple of people over the years
but they just thought I was crackers.”

“Well we are,” Olaf joked, and then became serious.

“My grandmother raised me. My mother was too busy galivanting around the globe interviewing idiot pop stars and running her nightclubs. Apparently I was more a hindrance than a child. She wouldn’t even let me visit her house. So I lived in this really loving and safe world, except when I knew my mother was
coming to Grandma’s. She’d ring in the afternoon, concoct some drama and say she’d deal with me later that night. And she would. She’d come storming into the house at some stupid hour of the night, drag me out of bed and flog me mercilessly. A fucking monster, Zac – terrorising a small kid and a little old
lady.”

Olaf ran his fingertips along the grain of the handrail, looking down at the water coursing across the pebbles and rocks.

“And they were the nights when I had that same weird experience as you while I drifted off to sleep.”

He turned his head, pretending to follow the hill line behind them and hoping the tears wouldn’t make it past the bottom of his sunglasses.

Liz may have been dead for 20 years but every welt still stung deep inside him.

“I haven’t made the correlation with what the sensation was linked to, but I’m sure there is one,” said Zac.

But why? The ethics of showing vulnerability to a client were debatable but he also knew Zac was offering one of the most challenging values for any drug addict: trust.

They hugged tightly and, when they parted, Olaf removed his sunglasses. Zac looked into Olaf’s teary eyes and gave his shoulders another reassuring squeeze.

This piece was originally published 12 April, 2022.