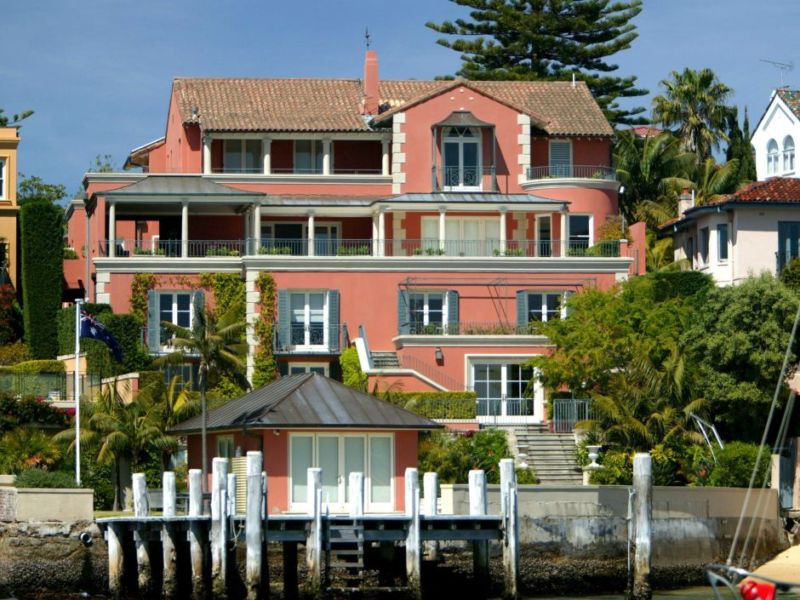 A House of Cards Collapses

Indeed it is Turnbull’s often boasted about wealth which has been his undoing.

A tactic that worked to establish dominance in his social whirl of wealthy bankers, miners, property developers and corporate fat cats, has betrayed him.

The $50 million plus mansion Turnbull calls home may be a source of pride and status within his Rich as Croesus milieu, but does nothing to engender populist appeal.

His complete lack of empathy for, indeed zero understanding if not outright contempt for those struggling to pay their mortgages and muddle through their bills, has been clearly apparent to everybody.

Unfortunately for him, they vote.

Australia is a suburban country.

The dreams of its inhabitants involve trailers, lawns, children, sheds, barbeques, fishing, hanging with your mates, hoping like hell your kids get through high school, or at least get a good apprenticeship.

Once and for all.

Greed is good. Until it destroys you.

The Media Hunt in Packs

The media hunt in packs. And they have turned on a wounded Prime Minister like a school of sharks. There is blood in a cyber sea. They will not give up.

Home may be where the heart is.

It can also be the perfect place to hideout from the baying press.

Particularly if the taxpayer is footing your security bills.

One of the many scandals which have swirled through Malcolm Turnbull prime ministership is that he has potentially endangered the lives of his family, staff, neighbours and the Australian Federal Police officers who protect him by choosing to defy tradition and live in his own mansion rather than lodgings provided by the taxpayer.

Make no mistake, with Turnbull and his government responsible for dropping more than 100 bombs a month on Iraq and Syria at the height of the conflict, he and his $50 million mansion are the country’s number one terrorist targets.

Having been responsible for dropping more bombs on Muslim lands and thereby killing more Muslims than any other Prime Minister in Australian history, Malcolm Turnbull is loathed by the Muslim minority.

They claim the official Prime Minister’s residences, Kirribilli House in Sydney and The Lodge in Canberra — which have remained empty throughout Turnbull’s seemingly interminable reign — were designed to deal with the security issues surrounding a prime minister, but his harbourside mansion was not.

And it gets worse

“It is dangerous, selfish, arrogant and is putting AFP officers at risk. His Point Piper mansion is wide open.

“These multiple protective security features must remain operational, with official residences fully protected by the AFP, while Mr and Mrs Turnbull remain unconcerned at doubling up on government security expenditure. It is dangerous. He has brought the terrorism threat into his harbourside neighbourhood.”

In Excess of $50 million

The Rest of Us Can Only Dream

Mr Turnbull’s luxury four-storey mansion on Sydney Harbour is worth well in excess of $50 million, exceeding the combined value of the homes of every Australian prime minister since World War II.

At points in Sydney’s recent housing bubble it was rising in value by an estimated $8000 a day.

The doubling up of security at both official and private prime ministerial residences has cost the taxpayer millions.

The Prime Minister’s insistence on living at Point Piper creates an unnecessary risk to AFP officers, neighbours of the property, the local community and staff who may attend on a routine or daily basis.

Dr Tony Zalewski, a forensic security specialist at Global Public Safety who has degrees in law and criminology and is a security risk adviser to governments locally and abroad, said the location of Mr Turnbull’s home in a residential area made it impossible to secure.

“The office demands a certain level of security and it cannot be achieved in a private residence,” he said. “A comprehensive risk assessment is the basis for any security strategy and needs to consider the local area.”

Director of Strategic Alliances at Homeland Security Asia/Pacific, Michael Roach, who has worked as a security risk adviser for government buildings for two decades, told The New Daily: “It is totally unnecessary … We are in a heightened threat in Australia in regard to officials and dignitaries.”

The Prime Minister’s office declined the opportunity to respond to the concerns raised.

“We do not comment on security arrangements,” a spokesperson for the Prime Minister said in a statement.

The government Turnbull led has a disgraceful regard of passing legislation attacking journalists and freedom of speech.

His army of largely incompetent media officers now have one simple response when dealing with inconvenient journalists: Just Say No.

This issue was no different.

“Funding security on two prime ministerial residences is an indulgence that taxpayers cannot afford,” she said.

“Security at these locations is a significant financial burden on the taxpayer. The AFPA urges the Prime Minister to rethink his decision to stay at his personal residence in Point Piper over the official residence of Kirribilli.”

Australian National University’s leading terror expert Professor Clive Williams told The New Daily: “It is a costly indulgence. Large amounts of money have to be spent on trying to bring the private residences up to an adequate level of protective security — when that level of security is already available elsewhere.”

Mr Roach said Mr Turnbull was putting other people at risk: “Prime Ministers have a role and the expectation from the public is that they live in tax-funded premises.”

Malcolm Turnbull, who has long had a reputation for bullying his way to the top, is understood to have been furious over revelations of security problems at his home and determined that heads would roll.

Not one person disputed the accuracy of The New Daily’s story.

AFP officers themselves were understood to be pleased with it, and improvements to security at the Prime Minister’s home were made immediately.

But this is a government run by bullies.

The story was leaked by a national security insider concerned over the significant potential for disaster.

Subsequently there were revelations of an internal memo claiming the Australian Federal Police had to scale back its crime-fighting operations, linking this to the high cost of maintaining both the official residences and Mr Turnbull’s private mansion.

Asked about the issue in Parliament, the Prime Minister declared: “We have given record funding to the AFP.”

With open warfare having broken out within the conservative ranks, while former Prime Minister Tony Abbott declined the opportunity to comment on the original story, later there was no such hesitancy. “It is a reasonable question to pose,” he told reporters.

An essential link in the story was the Australian Federal Police Association (AFPA), the union representing the officers themselves. AFPA President Angela Smith was quoted saying maintaining official residences in Canberra and Sydney was an indulgence taxpayers could not afford.

Following normal journalistic practice, these comments were transmitted to The New Daily via the Association’s publicity officer. From the moment the story broke, the publicity officer was hauled over the coals. She was sacked shortly afterwards, all for drafting up and then transmitting comments from her boss.

As she had only worked for the AFP Association for five months, the officer could not sue for unfair dismissal and was not entitled to a payout.

While none of the players in the chain of command — Mr Turnbull, Australian Federal Police Commissioner Andrew Colvin or Ms Smith — could be easily sacked, the inference could be made that the head kicking went straight down to the first person vulnerable in the chain: a press secretary who was just doing her job.

It was all over a story which was factually correct and clearly in the public interest.

Distressed, the publicity officer faced Christmas without a job, despairing for her own future.

As a journalist who has dealt with many many hundreds of publicity officers, I can tell you, this one, who prefers not to be named, was good at her job, knew exactly who I was and what I wanted and delivered promptly.

Most of them, grotesquely overpaid for doing virtually nothing, wouldn’t know if their ass on fire.

This one was intelligent, charming, and fast on the delivery.

What more do you want?

She did not deserve to be sacked.

As always, it is the ‘little people’ who get hurt under this government.

On Malcolm Turnbull’s watch, Australia has entered a parallel universe.

It is now a country which has, literally, some of the most expensive electricity, hopeless internet, unaffordable housing, ridiculous levels of red tape and highest costs of living in the world.

Useful fools, the Cultural Marxists pouring out of the nation’s universities and into Australia’s institutions, got one thing right.

It is all about power.

But there really is such a thing as karma.

The suckalots within the Liberal Party who made Malcolm Turnbull Prime Minister were impressed by the fact he had money. Lots of money.

They never asked how he made it.

Because financial disclosure laws left him no choice, Turnbull told Parliament in 2016 that he was withdrawing more than a million dollars out of a hedge fund heavily invested in distressed housing in the US.

The fund exploited hardship by swooping on family homes and businesses. The investment strategy included “distressed debt” and “selling short”.

The announcement was made in the final hours of parliament sittings for the year and thereby timed to ensure minimal media coverage.

The Prime Minister, feet up in his luxury pad, desperately hoping that he has not become a national laughing stock, furious that the plebs refuse to be bullied into liking him, faces his own distressed housing.

Outside his doors a baying media will set up camp in the street, ensuring his multi-million dollar mansion is just as uncomfortable as far less salubrious homes in the poorer parts of town, the places he has never seen.