From Out of the Maelstrom: A Very Australian Two Horse Race 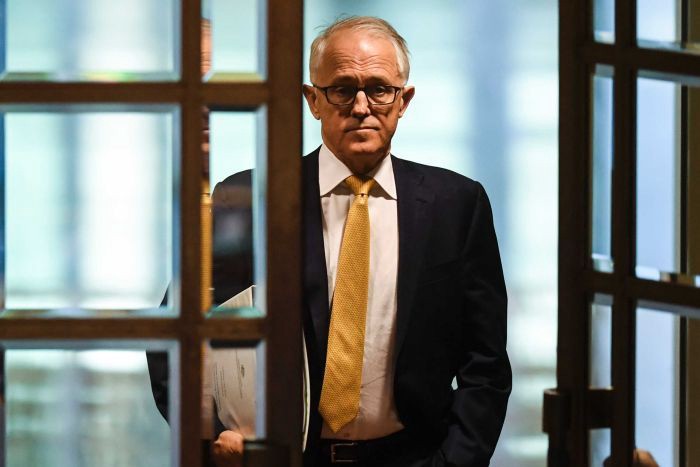 The Fight Is On

At the centre of the maelstrom which has overtaken Australian politics this weekend lies one man: the departing Prime Minister Malcolm Turnbull.

His days are not just numbered, they’re done.

The media hunt in packs.

And they are desperate for stories in a depleted zone: a dumbed down and increasingly unviable media landscape in a country which has come to expect little in the way of genuine news from its broadcasters.

A two horse raise is about all the complexity they can muster, or package.

And a two horse raise they have.

A Brief Survey of the Media

The headlines tell the story.

Well, some of it, in a hopelessly compromised media.

Ignoring the leadership challenge: still on about climate change.

Malcolm Turnbull has capitulated to rebels in the Coalition party room.

But not all of them are as haplessly news averse as the taxpayer funded public broadcaster.

COALITION MPs deny there will be a challenge to Malcolm Turnbull’s leadership, but shock jock Ray Hadley says it will “100 per cent” happen

PM only has himself to blame

Peter Dutton is being thrust forward as an alternative leader as ministers lose faith in Malcolm Turnbull. Dissatisfaction, already high … is rising dangerously.

Turnbull’s leadership is on the line, his handling of the diabolic complexity and political conflict of the National Energy Guarantee will be crucial to his survival, but this moment of political life or death has come about because of an accumulation of poor political judgements, a lack of connection with the public and an alienation of conservative voters and key voting blocs.

Malcolm Turnbull’s lieutenants have rallied around his leadership as the energy debate continues to destabilise the government and eyes turn to the home affairs minister, Peter Dutton.

‘It’s happening, for sure and certain’: Ray Hadley confirms challenge against Malcolm Turnbull

Newscorp reports 10 MPs are threatening to cross the floor and several frontbenchers are considering resigning over the National Energy Guarantee debacle.

After hearing the report Ray called on his contacts within the government to see if it was true.

He phoned Chris Smith’s program saying, “It’s happening, for sure and certain”.

Much will be written and broadcast in the coming days about the the Slow Motion Train Wreck of Malcolm Turnbull’s prime ministership.

With considerable grandiosity, Turnbull told the world that he was donating his salary to charity.

His own charity, the Turnbull Foundation.

But commonly made aspersions aside, in other words, the Australian Prime Minister Malcolm Turnbull didn’t get up and go to work for a pay cheque; not like mere mortals, the plebs, the labouring classes who naively found dignity and purpose in work.

He was there for other motives. Business. Influence peddling. Dispensing largesse. Grandstanding. Ego satisfaction. Who would know?

He certainly wasn’t there to lift up the poor or improve the lot of the civilian population.

It oozed out of every poor, this arrogant indifference. Even as his face grew thinner, more pained, more compromised by hypocrisy with every passing day.

Turnbull now looks decades older than he did when he first took the job in 2015.

His signature light bulb smirk, what he thought was a smile, came ever increasingly to resemble rigor mortis.

In recent times, after a devastating rout in recent by-elections where he idiotically campaigned on his own leadership, like a child caught in the cookie jar he finally had the decency to look embarrassed. And for the first time in his long and painful prime ministership, avoided the media, at least for a day.

“What’s Malcolm going to do with his days now he’s not trampling five-year-olds to get in front of the camera?” someone known to the author quipped unkindly. “He’s not going to administer the country for the benefit of all Australians. It’s not in his DNA.”

Everything has failed. All the lies. All the propaganda. All the manipulation. All the bullying and grandstanding. Every one could see through this shiny tin suit.

And laugh. That, finally, is what is hurting Malcolm Turnbull the most.

As the media pack turned like a shoal to attack, people are laughing.

“It’s can’t all be about him. Government can’t be about just one person.” Anon in public bar, Illawarra.

No matter how many television screens Turnbull’s s visage appeared on, he could not force people to like him.

All his prestige. Power. Money. Tin pot dictator antics. All of them were failing in the only world the man cared about: the hall of mirrors where he was king.

It will forget Malcolm Turnbull in an instant.

The Devolution of the Country

A loss of faith in democracy, crumbling national identity, static wages, hopeless government mismanagement, it has all come crushing down on the worst candidate for the job in decades, if not since Federation in 1901.

The alienation of the socially conservative, “small l” Liberals and hard working small business base of the Liberal Party will cause the organisation problems for decades to come.

Falling educational standards, some of the very worst internet in the world, chronically mismanaged infrastructure projects, a government ethos which discourages creativity and individual enterprise, the debacle of Turnbull’s prime ministership will impact on Australians for generations to come.

There are so many more low points in Turnbull’s prime-ministership it is impossible to count them all.

​The true tragedy of Turnbull’s failed Prime-ministership is that the country stands at a precipice, facing increasing social division, crumbling services, and a plummeting place in the world.

A once plucky, optimistic, industrious country is happy no longer.

And nobody believes a word that comes out of the mouths of their elected representatives.

They discredit themselves daily

With Australians experiencing a drift towards totalitarianism in their daily lives, evident in everything from ridiculous levels of regulation to excessive micro-policing, a growing intolerance of divergent views and bureaucratic and political contempt for ordinary people, there could be no worse time for a loss of faith in democracy.

All of this, the devolution of the country, the final steps before the fall, had happened under the watch of Prime Minister Malcolm Turnbull, arguably the worst prime minister in the nation’s history.

For one simple reason: this was the last chance to turn back.

How did we know these things? Blind Freddy could tell you the bleeding obvious. The country was enroute to disaster.

The King is Dead Long Live The King.