The Quagmire Collapses: The Demise of Malcolm Turnbull 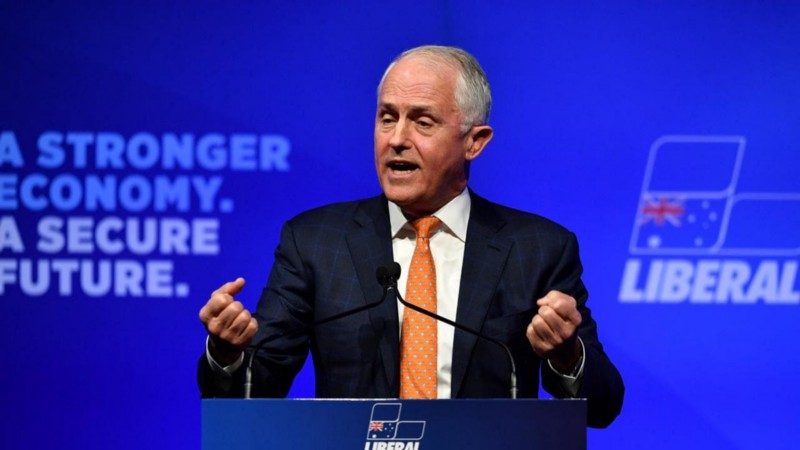 The leadership is in play.

But how Malcolm Turnbull’s prime ministership devolved to the current disaster is a complicated yarn, like the man himself.

So let’s begin at the beginning.

Rob Hirst, drummer for Midnight Oil, recalls the future Prime Minister of Australia from the early 1970s when both were schoolboys at the elite private school Sydney Grammar.

“Turnbull managed to alienate almost everyone around him. A fighter and a winner, he nevertheless had a dearth of people skills: a plummy brew of eloquence, imperiousness and un-humble pie, plus a kind of sighing, saturnine resignation that his job necessarily involves being constantly surrounded by cretins.”

In the almost 50 years since, nothing has changed.

“The behaviour pattern certainly is that old,” Paddy Manning, author of Born to Rule: The unauthorised biography of Malcolm Turnbull, says.

The dislike if not absolute hatred of Turnbull runs wide and deep across Australia’s conservative Liberal Party, well beyond the usual suspects.

The dire media mismanagement which has characterised Turnbull’s reign extends past the deposed former Prime Minister Tony Abbott and Deputy PM Barnaby Joyce, who after losing their high status positions have been free to roam the parliamentary corridors stoking the flames.

Australia’s phalanx of conservative commentators, normally rusted on Liberal Party supporters, all now had influential mass media vehicles through which to throw their daggers. They include Anthony Bolt, Peta Credlin, Graham Richardson, Cate McGregor, Mark Latham and Alan Jones. All have been implacably hostile to Turnbull.

A Senior Strategist: The Party Turns

In an interview last year a senior Liberal strategist told The New Daily: “The Turnbull government is at war with the people.

This is a government which hates their own constituents.

“The Liberal Party has lost touch with what it stands for and will be decimated unless it changes tack.”

An extremely clever political operative, Geoffrey Greene, former State Director of the Liberal Party in both South Australia and Queensland, was one of the key figures behind former PM John Howard’s long reign from 1996 to 2007.

He said he was speaking out in an attempt to shock his party back from the brink of electoral oblivion.

“The Turnbull government has attacked every core constituency, small business, superannuants, pensioners, families with children, all because they have a budget that is out of control.

“They have not done anything about their own backyard. Public servants still fly at the front of the plane.”

Far from being expelled from the Liberal Party for disloyalty, Mr Greene is now running Peter Dutton’s campaign in the marginal Queensland seat of Dickson.

“Generally speaking, the whole malaise of this government is due to inept advice, ministerial and organisational,” Mr Greene says. “The Liberal Party once possessed a professional caste of political operatives and campaign staff who helped politicians understand the voters.

“We knew from our polling how every person voted in every street and why.”

With the polls running firmly against the government, Dutton faces an uphill battle in Dickson. It will take all of Greene’s Machiavellian skills.

Getup, players in the by-election rout just passed, have launched a campaign to oust Dutton.

Turnbull gave the poisoned chalice of Immigration to Dutton as a way of neutralising a rival. It has backfired.

With the passing milestone of a population of 25 million the country is beset with problems; from out of control energy and housing prices to abysmal internet to a collapse in national identity.

High rates of immigration are on the nose. The electorate feels swamped by foreigners, threatened in their own homes, unable to compete on the job market.

Dutton may be despised by the left.

But as the current resident of the White House knows, the more the left attacks, the more rusted on the base.

The conservatives now face a devastating loss in the coming elections.

Liberal apparatchiks believe their only hope of survival is to parachute Dutton into the leadership, now.

Greene and his cohorts turned John Howard into one of the country’s longest serving Prime Ministers.

They believe they can do the same for Dutton, whose popularity is already on the rise.

History has rewritten Howard as a popular leader of a stable government.

In reality he was a physically unimpressive man with annoying mannerisms and close links to corporate Australia. His personal politics were well to the right of the electorate.

As a result of a demonstrable lack of empathy with the struggles of ordinary Australians, under Turnbull there has been a profound loss of faith in Australian democracy. The repercussions will be felt for generations.

Every Crown Comes With A Guillotine

There could hardly be a more blatant plundering of the public purse; akin to stealing the candelabras as you are tossed into the street.

Were these really the actions of a man who expected to stay long in office?

Every crown comes with a guillotine. Turnbull has made his own.