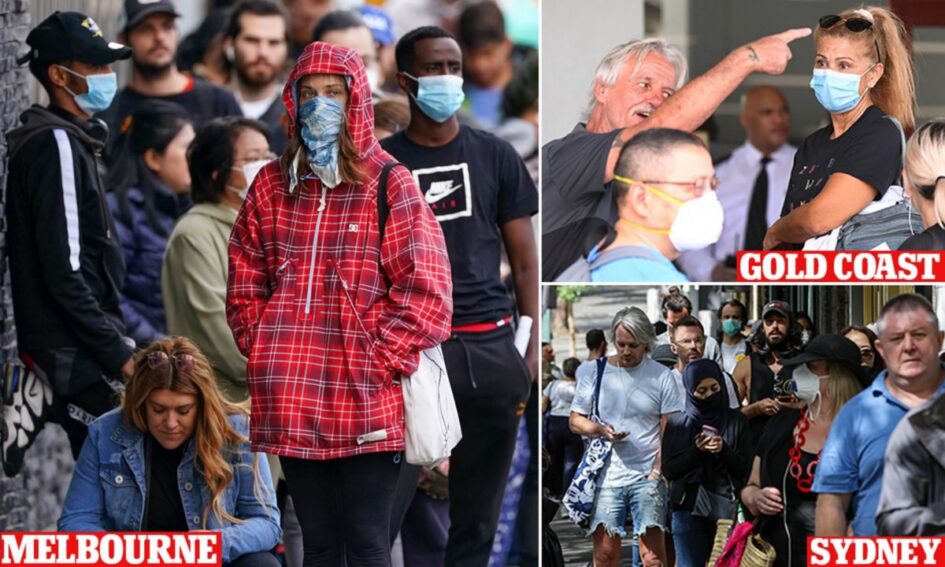 It is too early for the official history of the impact of COVID-19 on Australia. We are not even at the end of the beginning, let alone the beginning of the end.

Politicians and the independent experts can claim that they took action and got the conversation going. They surfed on and localised news about the pandemic in China. They encouraged a degree of debate, if only to increase public awareness and as a part of the process of securing general consent to drastic measures when needed. They probably did a fair job, given a shortage of screening materials, in initial screening of visitors.

It is being increasingly alleged by insiders that the various state and federal committees, whether in health departments or in the master one coordinated from within Prime Minister and Cabinet — were all too slow in preparing for an obvious deluge ahead.

They seem to have failed to develop educational and advertising materials. They failed to secure stocks of vital medical supplies. Central office bureaucrats may have had good data on issues such as the availability of ventilators and acute care beds, and the “surge” capacity of different hospitals. But it seems clear that they were slow to engage with the health workers who would be dealing with cases on the ground.

And even more obvious that the communications “strategies” were nearly all top-down rather than focused on interchanges with outside experts, professionals at the coal face, and the public generally. This will handicap treatment, and may cause more deaths.

It was never going to happen that journalists would settle for being a mere relay station for flawed and often contradictory decisions.

Has it been the media’s fault that many people, including the leadership of Border Force and many younger people were seen at the beginning of the week to be failing to take their responsibilities seriously enough?

Did mainstream or social media create that gap between some theoretical, but not particularly pressing duty , and some urgent and important personal responsibility?

Only in the past week has the messaging focused on the practical beneficial effect of a reduction of the rate of spread of the virus. Were the public doubters — the ones being quoted — overwhelming a message that people avoid large crowds, occasions where there might be ready transfers of the virus, maintain social space between each other, and regularly wash hands?

It is true that the media’s search for novelty, or combativeness, or exasperation about evasive answers was sometimes unhelpful to the official line. But against any tendency to downplay the seriousness of the problem was clear evidence of the impact of the virus on foreign populations.

There may have been some complacency because some commentators, including me, stressed that the virus threatened older people with pre-existing respiratory or diabetic conditions, but did not pose a great danger to the health of most younger people. That remains true, but we now all stress that the safety of older people, and health workers, depends on containing or preventing the virus getting to the general population. Without containment, the medical system will be swamped.

High mortalities were evident in China right from the start. That’s why government, advised by public health officials, moved smartly to quarantine. It’s why those returning from overseas were closely monitored for signs of fever, flu or symptoms of cold, and why, progressively, even those who have returned without symptoms have been required to enter a personal quarantine.

Recognising that some of those returning without symptoms might be innocently shedding and spreading the virus to others, ordinary folk in the community were urged to wash their hands thoroughly, to avoid being in crowds or crowded spaces, and to maintain a distance from other people so that transfer of the virus could be reduced.

But the problems of government of persuading younger folk that the threat was serious did not come only from domestic sceptics, such as Alan Jones. Australians were hearing or seeing the seriousness of the disease being pooh-poohed by Donald Trump, who still seems to maintain that problem is being exaggerated by Democrats hoping to wrongfoot him in his re-election campaign. Poll evidence suggests his argument is taken seriously in his key constituencies.

Alan Jones thinks the flu threat is like the threat of climate change — a leftist invention. Those pushing a hard-line have undisclosed agendas, he suggests. [If he is right, these activists seem to have succeeded beyond their dreams in undermining the framework of modern capitalism and globalisation, in Australia as much as in the western world.]

In The Australian, Greg Sheridan writes of a tendency, obvious in the media as elsewhere, to be sceptical and contrary about authority, or almost anything our elders, our betters and our governors say. This is particularly so when such wisdom comes from a once revered — now reviled — “western civilisation’’, he seems to think.

By contrast the Confucian traditions — not least a tendency to look for group rather than individualistic achievement, and a tendency to defer to authority — had allowed them to cope more successfully with COVID-19.

Hence, no doubt, the hedonism on Bondi Beach on the weekend — regarded by Scott Morrison as somehow “un-Australian,” even if, only a week before, he had chatted about going to the footie. Hence the evidence that many people, including Border Force, are not taking seriously advice about isolation, personal space or crowds. Hence our collective punishment with the “bringing forward” of measures such as bans on public entertainments, the footie, films, the effective closure of the airline industry.

Health advisers and the politicians were furious that too many people were ignoring advice. But they had undermined their message themselves. The Chief medical adviser was all over the shop on whether people should stop shaking hands. People like him had been saying this for some time, but it had not been part of the advice adopted and endorsed by the prime minister and premiers. So he waffled and stalled — indeed shook hands with someone — and made himself, and the cause look quite ridiculous.

This was re-emphasised within hours when the advice he and his colleagues were now offering changed to bar handshaking. Stalling, evasion, and the misuse of the experience of other countries — such as Singapore over school closures — by other panellists put up by the government as spokesmen have compounded the problem.

Scott Morrison went into this crisis with a serious credibility problem.

The public has not forgiven or forgotten with misjudgement of the public mood over bushfires. He has since struggled to regain authority, particularly as he has helped undermine the rule of law with his winners-are-grinners approach to political corruption in public handouts. His very position, and the very nature of the crisis, has given him a platform of command and control.

Normally leadership is particularly defined by conduct in a crisis. But, as with the bushfires, Morrison has yet to seem to fit into the boots his position has given him.

One cannot say that he has risen to the crisis.

A communications strategy is as important to the ultimate impact of COVID-19 as, ultimately, a vaccine or a treatment will be. The whole point of the strategy of greater isolation is about managing the call on resources, and not overwhelming services. If that fails — because the public cant, or won’t, get it, the death toll will be many times higher than it should be. COVID-19 deserves a better class of enemy at the press conference than it is meeting in the form of the prime minister, or his independent medical advisers.

Jack Waterford is a former editor of The Canberra Times and a much admired elder statesman of Australian journalism. This piece was published in Australia’s leading public policy journal Pearls and Irritations and is published in A Sense of Place Magazine by arrangement.