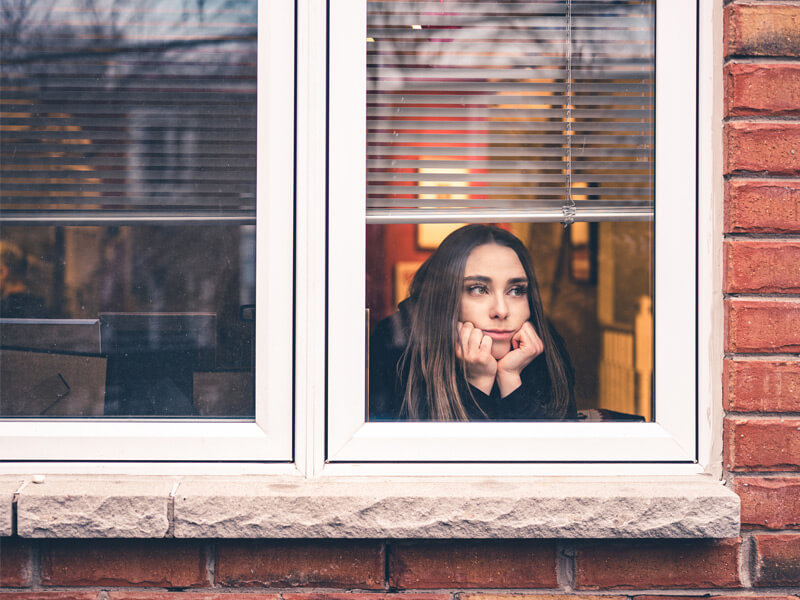 By Terrence O’Brien and Robert Carling. Centre for Independent Studies.

Current policies against Covid are unsustainably costly to jobs and living standards. They produce downsides for other health outcomes, such that the net impact on health over time is becoming questionable. Continuing current policies deliver declining benefits, but rising costs, as shuttered business are driven past the point of no return.

Australia’s Covid objectives are now unclear. The influential Australian Health Protection Principal Committee was reported to be using a “non-quarantine infection rate of fewer than 10 new cases per day nationally” as a rough benchmark to determine the timing of the further easing of restrictions. This is unachievably low, as fluctuations in new infection
through May and June illustrate, let alone the current Victorian experience.

Ten new cases per day seems an extraordinarily severe target on which
there has been no formal governmental agreement or community discussion. Under the AHPPC approach, which restrictions are to be eased, in which sequence? Without analysis of the marginal costs and marginal
benefits of different restrictions, governments are taking (or accepting others’) decisions in the dark, and heavily swayed by medical experts focused overwhelmingly on the impact of the policy choices on Covid-19 infections and less on the broader costs.

Having more than ‘flattened the curve’ of infections by mid-April below intensive care capacities that have been almost tripled, at least some state governments under AHPPC influence seem to have adopted an implicit objective of eliminating Covid. But as the recent Beijing outbreak has shown, this cannot be achieved at any cost, even in a dictatorship.

The more prescriptive and arbitrary the restrictions on business activity and personal choice, the higher their costs.

Domestic lock-ins were arguably counterproductive to Covid control, and came at high non-pecuniary cost to liberty, the rule of law and respect for police. Similarly, changes to the enforcement of corporate law and intrusion in commercial relations between lenders, landlords and their customers have introduced damaging unpredictability into business law and
customary responsibilities.

Governments proved unwilling or unable to stop the large Black Lives Matter demonstrations of early June, even though such protests present impossible challenges for contact tracing of any infections spread in close quarters during such prolonged and boisterous events. With token fines for only a few demonstrators, but redoubled police efforts to move on small numbers of people outdoors (for example fishing off a pier), the community’s acceptance of the democratic legitimacy of continued lock-ins and business prohibitions has been badly damaged.

Australia cannot afford to continue or return to the high cost, low-benefit policies of business shut-downs and domestic lock-ins that multiplied in late March and early April.

Most of all, we need to maintain a sense of proportion. From January to March 2020, 19 died from or with Covid, while 581 died from influenza and pneumonia.

The upsurge of Covid-19 infections in China, Europe and North America in February and March occurred with only limited information about precisely how the novel SARSCoV-2 virus spread, how fatal it might prove to be, and how best to treat the infected. Australia participated in the world-wide rush to implement precautionary policies. There were over 30 separate Australian policy restrictions implemented during those two months.

Understandably, there was little knowledge at that time about which measures would have the most effect in restricting the spread of the disease, that is, deliver the highest ‘marginal benefit’, and no systematic discussion of the adverse impacts of different restrictions to help identify those with the lowest ‘marginal costs’. If information had permitted, it would have been useful to find the policies with the highest marginal benefits and the lowest marginal costs.

The Australian restrictions achieved a remarkably quick initial conquest of the virus, but it is now widely understood that their costs are extremely high in terms of damage to employment and living standards, social costs and worse health outcomes in other areas.

The immediate costs of current restrictions are staggering and the longer the lockdowns and restrictions continue the greater the long-lasting damage and the closer we come to achieving not just a recession but a
depression.

At the global level, for example, the World Bank is forecasting a 5.2 per cent decline in world GDP in 2020, which is much worse than the Global Financial Crisis experience and a 7.7 percentage points shortfall from the pre-crisis forecast. That shortfall amounts to $US 11 trillion, and is like losing all the GDP of Japan, Germany and Australia for 12 months.

Economic forecasts always warrant scepticism, but actual evidence of a severe contraction – the steepest since World War II – is accumulating daily in statistics such as UK real GDP shrinking by 20.4 per cent in the single month of April.

At the Australian national level, the accumulation of evidence supports the picture of the steepest contraction in the post-war period. Real GDP, having fallen slightly in the March quarter, is set for a much steeper decline
in the June quarter. The IMF predicts a contraction of 4.5 per cent for 2020 as a whole. Employment had already fallen 6.4 per cent by May — and even that is an understatement with the JobKeeper scheme sheltering many more jobs that would otherwise have disappeared.

During May 2020, as Covid spending burgeoned and the economy slowed markedly. Commonwealth expenditures almost doubled compared to May 2019 by about $40 billion to $79.5 billion, while revenues fell by almost 20
per cent or about $10 billion. The fiscal deficit from July

2019 to May 2020 was almost $69 billion, a swing of about $72 billion from the $3 billion surplus expected in the 2019-20 MYEFO published only in December 2019. The benefits in lives saved and illness avoided — though
difficult to quantify because the counterfactual is unknown — may be substantial but still insufficient to justify the economic self-destruction under way from the cumulative effects of restrictions.

Talk of every life saved justifying the economic costs is nonsense.

Lives are prolonged, not saved. And the prolongation of lives threatened by Covid shortens other lives because of the costs of Covid restrictions to other outcomes, including poverty, unemployment, depression, and delayed
diagnoses and treatment of other diseases.

Public policy in many fields takes account of the statistical value of life in cost-benefit analysis to guide decisions on measures that could reduce the risk to life. Often the cost (eg of adding a new drug to the Pharmaceutical Benefits list, further increasing airline safety or reducing road speed limits) is judged too great, relative to the benefits. Why aren’t the current
restrictions being subjected to this kind of test?

A common sense approach to epidemic control through the ages has been to quarantine the ill, protect the vulnerable, increase social distance (usually
spontaneously) to reduce transmission, and let business operate and the vast majority get on with their lives in the healthiest environments they can access for themselves.

It has been a peculiarity of Covid policies in many affluent countries that they seem almost to have inverted historical practice and common sense.

Covid-infected elderly patients, admitted to hospital and diagnosed, have been sent back to their care homes, where they infected unto death their
vulnerable companions (NYC). Inadequately staffed aged care homes worsened outcomes (France, Sweden).

But in many affluent countries the healthy have been subjected to virtual house arrest, selected businesses have been subjected to an arbitrary mix of closures or prescriptive rules condemning them to economic life support and police have arbitrarily chased people out of fresh air and sunshine into close quarters with their immediate family members. In a sort of Gresham’s Law of policy, the prevalence of severely costly policies in many countries apparently discouraged better policies in other countries: if Italy or NYC had to do something because their hospital systems were overwhelmed, we
had to copy it.

The costs of business shut-downs and household lockins are not just economic and are not only felt now. Just as confronting are the costs in increased mental ill-health, suicide, substance abuse, domestic violence, relationship breakdown, loss of time in education, and medical and dental care forgone or deferred. Many of these costs won’t show up now but will accrue over many years and may never be attributed to anti-Covid policies in 2020.

A recent report suggested there could be an extra 1500 deaths a year for five years from mental health problems brought about by the current
crisis – far more than the likely deaths from Covid-19.

It is almost as if the spirit of the age discouraged policies focusing on the infected and the vulnerable, as if that would be ‘punching down’ or ‘blaming the victim’; instead all must suffer equally, but at high cost and
ineffectively: ‘We’re all in this together’.

This is an extract from the Centre for Independent Studies report Policies against Covid-19: Reflections on the way in and the way out. The full report can be found here.

Feature image Courtesy of The House of Wellness.