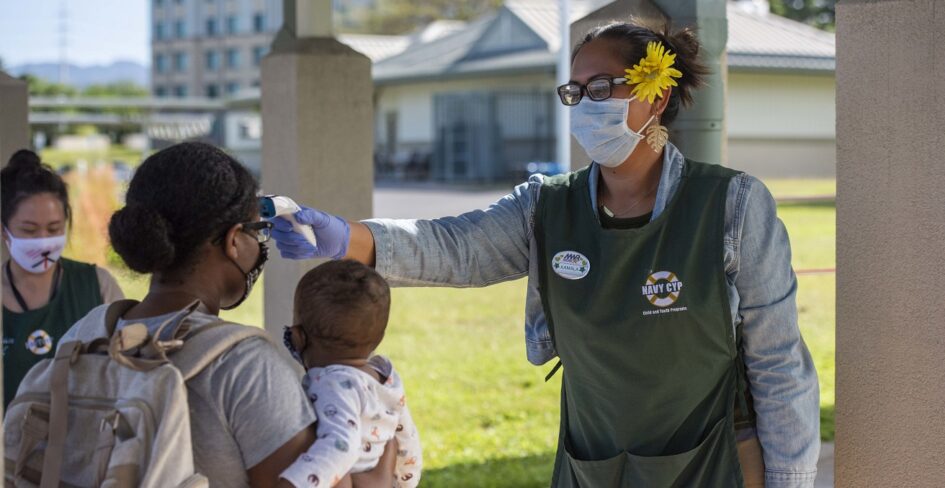 There has been a remarkable lack of observed statistical difference in the rates of death for countries, and for US states, that have and have not locked down. An assessment of the models used to project different scenarios must be evaluated relative to the lived reality.

There are strongly divergent views among software engineers, epidemiologists, medical scientists, physicists, chemists, and statisticians over the quality of the computer code behind the original Imperial College London model of 16 March, the reliability of modelling, the infection fatality rate (IFR), the evolutionary curve of the virus, the proportions and infectiousness of asymptomatic cases, its controllability by severity and timing of lockdowns, the threshold at which herd immunity is achieved, and if there is any realistic alternative to herd immunity. Some experts now believe there is cross immunity from people’s exposure to the existing endemic coronaviruses, or natural T-cell immunity in certain genetic populations, while WHO said most recently that it’s very rare for asymptomatic cases to infect others.

There is little observational data that the reproduction rate has shot up alarmingly in places that have opened up. Instead the trend remains downward at broadly comparable rates logarithmically, providing mathematical confirmation of the observed reality. As people like Karl Friston, one of the world’s topmost statisticians, Sunetra Gupta, John Ioannidis, and Michael Levitt have been predicting in opposition to the modellers from the beginning, the pandemic is as fast burning out in Europe and the US as it did in China.

It’s hard to see much evidence in India either of the effectiveness of a stringent lockdown after two-and-a-half months, or of a self-flattening curve (Figure 5). On 30 May, India reported a record daily rise in coronavirus cases by almost 8,000 for a total of over 180,000 cases and 5,000 deaths. Yet, on that very day, India announced a substantial easing of lockdown restrictions. By 9 June its total death tally was 7,750.  The explanation for the lifting of lockdown measures despite the continuing high numbers of infections and deaths is simple: the rise in deaths and misery caused by the lockdown, well beyond the capacity of India’s health and transport networks and social safety nets to support, had become a huge national shame and scandal. India is not alone. The Wall Street Journal reported that many poor countries have shifted to easing lockdown restrictions despite rising infections and deaths because they’ve concluded that the cost in lives, livelihoods, and destitution are just too high.

On 29 May, Zaria Gorvett reported for the BBC Future program that most COVID-19 deaths will be not from the virus but from the collateral damage inflicted by the various lockdown measures. “Across the globe, patients have reported being denied cancer care, kidney dialysis and urgent transplant surgeries, with sometimes fatal results,” she said. Reports from reputable bodies like Oxfam, the UN, and the Johns Hopkins School of Public Health have contained mutually reinforcing warnings that the severity of the lockdown measures could reverse a decade’s worth of gains in infant and child mortality with over a million additional deaths, exacerbate health, hunger, and misery insecurities, and push another half billion people into poverty. There are some impassioned attacks on the immoral and callous indifference of epidemiologists to the deadly consequences of their prescriptions for millions of lives and livelihoods around the world.

Unfortunately, this isn’t just a “Third World” worry. Australia’s top mental health experts warn that a lockdown-induced 50 percent jump in suicides could kill ten times as many as the virus. Similarly the Royal College of Psychiatrists reports a sixfold increase in suicide attempts by the elderly in the UK because of depression and anxiety caused by social isolation during the lockdown. With elective surgeries and routine screenings suspended, many cancers and heart diseases that are treatable if caught in time will dramatically elevate the death toll.

An analysis of the official UK data from the Office for National Statistics concluded that of the excess deaths in England and Wales this year over last year’s data to the week ending 1 May, only one-third can be explained by COVID-19. David Spiegelhalter, chair of the Winton Centre for Risk and Evidence Communication at Cambridge University, said on 12 May that, of the “staggering burden” of 30,000 more deaths than would normally be expected, only 10,000 have had COVID-19 specified on the death certificate.

Meanwhile Germany is in damage control after a leaked report challenged the established narrative. Its main conclusions are that the lethality of COVID-19 was overestimated compared to the normal flu level. The report highlights the grave, manifold, and heavy consequences of the measures to fight the virus and warns that more people are dying because of state-imposed mitigation measures than are being killed by the virus. Initially, the government dismissed the report as the work of one employee. But it turns out the 93-page report was drafted by a scientific panel that included medical experts from several German universities. Its authors issued a joint press release on 11 May criticising the government for ignoring expert advice. The German government has not yet reacted, but on 23 May authorities confirmed that 52,000 cancer operations had been delayed.

It’s instructive to compare the lack of robust science behind epidemiological modelling with the depth, breadth, and longevity of the science underpinning climate change. Or, to put this another way, the policy has been transformed from a scientific to a political mission. Boris Jonson’s top adviser, the by-now notorious Dominic Cummings who made a questionable 260-mile roundtrip to Durham during the lockdown, is said by Bloomberg news to have pressed the independent scientific advisers to recommend lockdown measures. On the excessive two-metre distancing rule, Prof. Robert Dingwall is reported in The Telegraph on 7 May to have said a senior public health specialist told him “we knew it was one metre but we doubled it to two because we did not think the British population would understand what one metre was.” So “we doubled it to be on the safe side.”

In the UK, the Scientific Advisory Group for Emergencies (SAGE) provides scientific and technical advice to support government decision makers during emergencies. Under pressure from a legal challenge from aviation tycoon Simon Dolan, on 29 May the government released the minutes of SAGE meetings from the period leading up to the lockdown announcement on 23 March. Lawyer Paul Chaplin went through the minutes. On 18 March, SAGE advised that “the measures already announced should have a significant effect,” and additional measures might be needed only “if compliance rates are low.” At no point before 23 March did SAGE recommend anything resembling a full lockdown. Instead, at a meeting on 10 March, the group noted that banning public gatherings would have little effect since most viral transmission occurred in confined spaces, such as within households. Based on the earlier broad summaries provided, Christopher Snowdon from the Institute of Economic Affairs concluded: “the strategy which preceded the lockdown… was based on science whereas the decision to go into lockdown was political.”

A scandal is brewing in Denmark because of a leaked email to the Politiken newspaper. The head of the health ministry told the head of the Health Authority to suspend his professionalism as a public servant, and instead adopt an “extreme precautionary principle” when giving political advice based on a deliberately inflated reproduction number (2.6, not 2.1). Prime Minister Mette Frederiksen then proceeded to mislead the public, it’s alleged, by implying that her decision to impose a strict lockdown on the country was based on advice from the health agency. Queensland’s Chief Health Officer Jeanette Young’s logic on school closures is also primarily political. She accepts the evidence that schools are not a high-risk environment for the spread of the virus but closing them helps to convince people how grave the situation is. “So sometimes it’s more than just the science and the health, it’s about the messaging.”

The one thing in common that all the coronavirus-successful Asia-Pacific examples – Japan, Hong Kong, Taiwan, South Korea, Vietnam, and Singapore – have is they learnt from the earlier avian flu and SARS outbreaks. They made preparations in advance and their institutions and procedures were activated with exemplary swiftness and efficiency. Perhaps Australia too needs the equivalent of the US Centers for Disease Control and Prevention (CDC) and the European Centre for Disease Prevention and Control (ECDC). Like the latter, Australia and New Zealand could consider a Trans-Tasman centre (TTCDC).

All countries should undertake brutally honest retrospective analyses of the modelling used to design and implement mitigation, suppression and elimination strategies in order to answer basic questions: how many deaths did lockdowns forestall; how many more could have been avoided by earlier hard lockdowns; how many excess deaths were caused by the direct and indirect effects of lockdowns? Typically, the models project various scenarios based on different policy interventions, from doing nothing to a growing list of mitigation measures as the best-case outcome. Yet the wide disparity between the predicted figures of deaths in Sweden and the observed reality as it played out is significant. The same would appear to be true of the Australian modelling released on 7 April. Here too the reproduction rate (R) had fallen below 1 and the number of recoveries had begun to exceed the number of new cases when stage 4 restrictions were imposed at the end of March (Figure 6). This then provides an independent and objective check against real data of the predictive utility of the models. Only that can give confidence about their predicted mortality tolls without the hard lockdowns. Governments that refuse to publish the modelling they based their decisions on back in March almost certainly are trying to hide their embarrassment. In Australia, on 5 June, a 29-strong group of economic and political figures called for the public release of modelling used by governments to make decisions on health emergencies and for governments to rely on broader sources of advice than just epidemiologists and public health experts.

As things stand, there are too many holes in the dominant narratives being peddled by governments, many of them inconsistent with one another. The federal government is unlikely to face significant backlash even if the inquiry concludes that the tough lockdown measures were not necessary and may have caused more harm than good. Most people recognise that the situation looked fearful at the time and the authorities acted with the best motives for the collective interest. Citizens treated with respect as adults will reciprocate, provided mistakes are acknowledged and learned from. New institutions and procedures are needed to better prepare for  future crises and move forward instead of being stuck in the past.

To return to Norway, on 27 May, Prime Minister Erna Solberg went on television to confess she had panicked at the start of the pandemic and introduced the tough measures unnecessarily. In particular, closing of schools was not just unnecessary, but counterproductive. Margrethe Greve-Isdahl, the NIPH expert on infections in schools, told the UK’s Sunday Telegraph that if schools had stayed open, they could have played a role in informing people in badly hit immigrant communities of hygiene and social distancing rules. It’s important to admit the truth, Director-General Stoltenberg said, because if the infection levels were to rise again, or a second wave hit Norway next winter, the country needed to be brutally honest about the effectiveness of lockdown.

This is Part Two of a two-part article on the need for a critical assessment of national responses to the pandemic.

This article is published under a Creative Commons Licence and was originally published in the Australian Institute of International Affairs.