Australia Breaks Apart. Slip, sliding away: is Western Australia uncoupling from the rest of Oz? 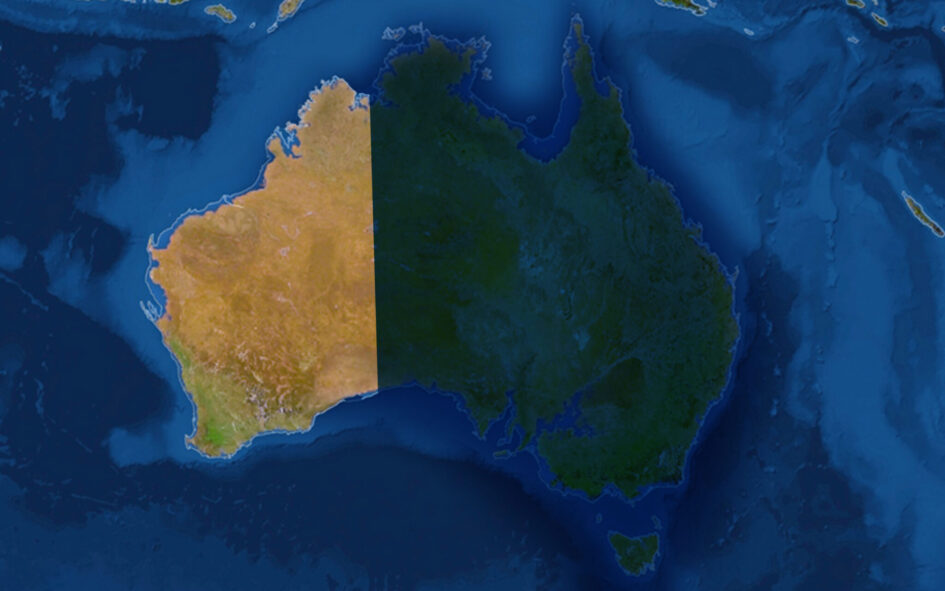 Is a third of the Australian continent planning to stay cut off from the other two-thirds forever? Mark Sawyer ponders an unlikely but not impossible future of the great big state of Western Australia.

Will January 20, 2022, be remembered as the day Western Australia slipped the surly bonds of the Federation and became simply Western?

Premier Mark McGowan – a New South Welshman yet – has done more to emphasise the state’s go-it-alone mentality than any leader since Charles Court in the 1970s.

McGowan, having pledged the reopening of the state’s borders for February 5, reversed the decision late on Thursday, prompting despair from separated loved ones and howls of anguish from business, especially the tourism sector.

Estimates vary wildly, but lockdowns are estimated to cost the state $25 million a day.

Federal Treasurer Josh Frydenberg emphasised the lesser dangers of the Omicron virus, and challenged McGowan: ”If not now, when?”

Inside the state, the decision was popular. McGowan himself is wildly popular, holding a parliamentary majority of North Korean proportions. Little things – such as forfeiting Perth’s Ashes cricket Test – leave no trace on the Teflon.

It is often observed that a crisis such as this pandemic can cause a giant upheaval of the social order. In this case, it might be said a crisis can  wash away layers and reveal the shaky foundations of the original structure. The structure is the very nation of Australia,  and its restive western third.

Around the world, the pandemic has upended assumptions about the structure of societies. Here, the idea of Australia as a unitary state has been questiond more and more. In some cases, it has taken a pounding. Covid reminded us that we are a federation, a collection of states with wide powers, led by premiers with very individual ways of asserting those powers.

And the growing awareness of Indigenous people’s history, culture and aspirations emphasise that Australia before 1788 was a collection of nations, that ”sovereignty was never ceded”.

It is no longer impossible to imagine that the very nature of the Australian nation will never change.

So where does WA fit in? Does it fit in? A reluctant partner in national unification (ie, Federation with a capital F), in 1901, WA has never fully shed its ambivalence about joining a power structure whose base is 3000 kilometres away.

As the colonies of Australia moved closer to unity in the late 19th century, the colony of WA was a notable holdout. The state’s isolation was a huge factor. The state’s people saw little of the east, or easterners, in an era when people hardly travelled for pleasure. The state had only recently gained self-government from Britain, and the idea of subjugation to another entity had little appeal.

Meanwhile Premier John Forrest, the state’s chief negotiator at the constitutional conventions, wanted to maintain import taxes levied on goods from other states. This would not be possible under Federation. Forrest also wanted a guarantee of a railway line to link the state to other colonies.

The WA gold rush of the 1890s was crucial to the state’s integration into the nation. The state’s population ballooned from 47,000 to 179,000. Eastern staters lured by gold were more open to the idea of joining the national club.

As an inducement to sign up to Federation, WA was given a temporary exemption from federal customs laws. But once that expired, doubts re-emerged. Within five years of Federation, WA politicians were passing parliamentary votes against the move.

Such votes had no effect, but a more serious challenge to national unity was to occur at the height of the Great Depression. In 1933 a referendum proposing secession was passed, with two-thirds of the nearly 210,000 formal voters in support. The vote was sent to London, not Canberra, for deliberation, as befitted Australia’s lingering constitutional ties to the UK. Having noted that, while new states can be formed, there is no provision in Australia’s constitution for a state to secede, a British parliamentary committee ruled the vote invalid. Another futile gesture, but one that went into the folklore.

Far from seat of power

Flights heading from Perth to Sydney, Melbourne or Canberra touch down within a manageable four hours (half an hour more for Brisbane) thanks to the subtropical jet stream. It’s just that little bit of a longer slog for West Australians heading home.

And that applies to WA politicians in Canberra. Every wondered why we haven’t had a PM from WA since John Curtin (and he was born in Victoria)? Kim Beazley led Labor to two defeats, even he won more votes than John Howard in 1998. On the conservative side, Paul Hasluck was a contender, so one Liberal prime minister ensured he spent most of his time overseas, and another Liberal PM made him governor-general.

Julie Bishop was good enough to be deputy leader of the Liberals for 11 years but was spurned by colleagues when she finally put up her hand for the Liberal leadership. Many voters, Coalition and non-Coalition, would have found her an acceptable PM after Turnbull was forced out in 2018. Bishop received just 11 votes: one for every year she had served warding off flak for Nelson, Abbott and Turnbull.

The tyranny of distance counts. A Hasluck biographer noted drily that he was ”Unavoidably absent from Perth for much of the time …”

Tim Hammond was elected Labor MP for Perth in 2016 and was even seen as prime ministerial material. He quit within two years, citing family reasons. Few of us have sympathy for politicians, but it’s a tough grind representing WA in faraway Canberra, then getting home and giving interviews to east coast media at 5am.

It’s thin pickings for WA in other great offices. Only four of the 55 High Court judges have been from WA, none women. But one sits on the court now, and that number of four would be the envy of South Australia and Tasmania, who have yet to provide anyone to the nation’s highest court. Mike Jeffery, a former governor of WA, became Australia’s 24th governor-general in 2003. But then many of the previous 23 were British.

West Australians live in a time zone limboland. Their east coast clients knock off at 3pm (admittedly less of a problem with internet). They don’t see a cricket Test go past 4pm, although night games have been a boon.

Sandgropers (as they were once called) face west, and face Asia. In normal times, it’s easier and cheaper to holiday in Bali (three hours 45 minutes flying time from Perth) than on the east coast.

What might be the catalyst for a final break with the rest of the nation? Well, what’s the root of all evil again? Rich in iron ore and liquefied natural gas, to name just two of nature’s bounties west of the Nullarbor, WA has generated great wealth from its commodity exports. And yes, much of it has gone east. That may have been exacerbated, at least in the eyes of the West, since the GST (goods and services tax) was enacted at the beginning of this century.

Certainly, states have been keenly aware when they don’t get their share of the booty. The arguments about funding formulas and horizontal fiscal equalisations and the like are apt to make most readers nod off (unless one makes you you thing of a sexual position). But one figure stands out. WA has at times received as low as 34 cents for every dollar of GST it generates.

A number like that is ripe to be exploited by ambitious secessionists if things get worse east – and stay much the same west. And if there is another referendum, no gold seekers (or even fly-in, fly-outers) will be around to temper the passions of the go-it-alone crowd. No right of appeal to the Mother Country, either.

Westerners but not Australians?

Now, imagine thinking of them as, if not foreigners in an emotional sense, but sort-of New Zealanders. Awful, right (OK, some of you are OK with giving up a tennis player).

And so I’ve always enjoyed observing the quirks of other Australian settlements outside my own, the other subtle ways the people have of being Australian. Same, but sometimes very different. I’ve been to every state. Except, that is, WA. That says more about me, but then, it’s a long way. One day one of my children, or more likely grandchildren, may go there as a foreign tourist.

You can see more of the Australia Breaks Apart series from A Sense of Place Magazine by going here.