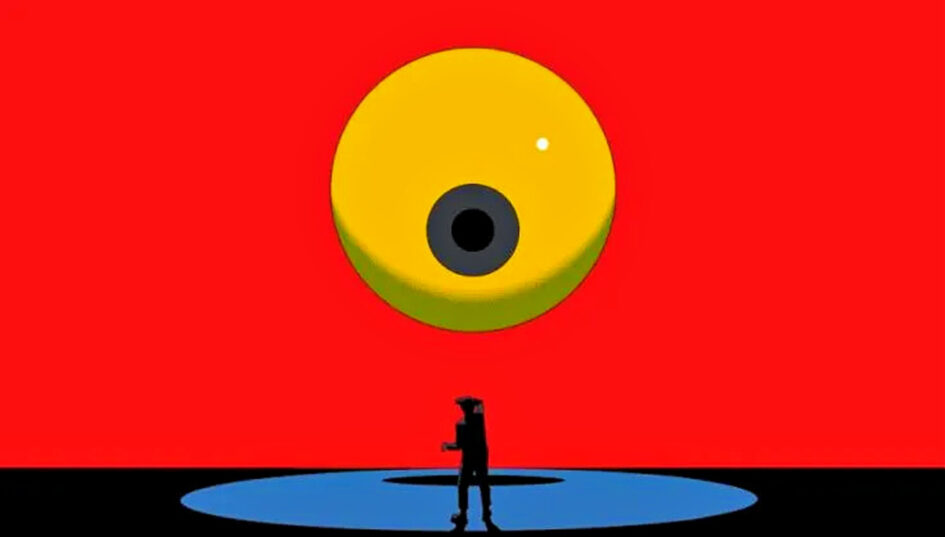 Slow to move, Australia will ‘seek advice’ before following the U.K. and U.S. in banning the use of Chinese-made surveillance cameras, despite hundreds of thousands of known potential security risks across the country.

The U.S. and U.K. governments have recently moved to ban the sale of surveillance cameras by Chinese-based companies Hikvision and Dahua for use in government buildings.

Both countries have cited national security concerns in their decisions.

The U.K. is restricting Chinese-made surveillance equipment from sensitive sites, including government buildings, based on a government review of security risks.

“The review has concluded that, in light of the threat to the U.K. and the increasing capability and connectivity of these systems, additional controls are required,” said Cabinet office minister Oliver Dowden in a statement to Parliament.

Simarly, U.S. regulators announced at the end of November a ban on Chinese telecommunications and video surveillance equipment deemed to pose a threat to national security.

The decision follows concerns raised by US intelligence agencies about potential snooping by Beijing and a law passed last year by Congress.

This order blocks the equipment for the “purpose of public safety, security of government facilities, physical surveillance of critical infrastructure, and other national security purposes”.

The banned companies in question are subject to China’s National Intelligence Law, which compels companies based in China to pass on information to intelligence authorities.

This law applies extraterritorially, meaning Chinese-based companies could be forced to hand over data when they are operating in other countries.

In the US, these companies have been banned from selling any new equipment because they pose “unacceptable risks to national security”, according to a Federal Communications Commission notice.

A smart move by governments to protect their national interests from the prying eyes of China.

But here’s the thing: These companies are also providing equipment to Australian-based government bases and buildings, and have for many years now.

It is time for Australia to also follow suit with our Five Eyes allies.

While the Australian government remains “concerned” about the developments, domestic intelligence agencies say they will not yet move with the same type of restrictions.

In Australia, Home Affairs and ASIO representatives were asked whether Australia would follow in the footsteps of the US and UK in banning products from these companies at Senate Estimates hearings.

ASIO boss, Mike Burgess, said he “absolutely” has concerns about these cameras being used at government sites, as InnovationAus reported.

“I would share with you the concern … there is nothing wrong with the technology, it’s where the data that it collects and where it would end up and what else it can be used for that would be of great concern to me and my agency,” Burgess said.

“Security cameras, obviously, collect a lot of data. It’s an issue that perhaps someone should look into, but it’s not front of mind for me and my organisation at this point in time.”

Home Affairs Deputy Secretary, Marc Ablong, said the government “remained concerned” about the use of these devices, and that several security agencies have opted to avoid using them.

Ablong said that Australia wasn’t briefed by the U.S. or U.K. before the countries took the co-ordinated move, and Home Affairs is now putting together ‘advice’ about the bans for the government.

They say this will be a “legitimate area” for discussion when the future leases are discussed.

So, as you can see, unlike our counterparts, Australian agencies are not as pressed to move on this.

However, this not surprising, as they have skilfully avoided dealing with this for years.

The Australian government has been aware of the potential security issues around these cameras since at least 2018, when a report revealed that hundreds of thousands of them were in use across Australian military bases, council offices, government departments and in public places.

The report followed claims by U.S. lawmakers that the China-based companies are creating a “surveillance network” through the cameras, and faced accusations of spying on behalf of the Chinese government.

But the Australian government has yet to do much about it.

Now, we remain one of the only Five Eyes nations with a plethora of surveillance cameras everywhere.

While Home Affairs’ own network does not utilise any Hikvision or Dahua products, but the department’s leased offices in Canberra and Adelaide do have security companies provided by these companies.

There are also hundreds of thousands of surveillance cameras in houses, on street corners, in local council offices, at schools and universities, on buses, in shopping centres and thousands of other public spaces across Australia.

Most of Australia now has ‘digital eyes’ monitoring for ‘safety and security’ purposes.

And these ‘eyes’ are found offshore in the authoritarian China.

There is currently little safeguards to ensure a uniformed approach to surveillance technology used, leaving many concerned that the technology can be exploited at any time.

Many of the companies developing the technology are openly run by the Chinese government and are facing harsh spying accusations all across the world.

But that’s about it — and it’s not enough.

Fergus Hanson, head of the International Cyber Policy Centre at the Australian Strategic Policy Institute, gave his thoughts on the technology in Australia in 2018:

“Having these sorts of cameras in secure facilities just doesn’t make any sense. It’s a real dereliction of duty to have them in military bases.

But even on the street, you’ve got the potential to inadvertently contribute towards Chinese espionage activity by providing real time information about the situation on the ground, all over the world, and in collective terms, quite an important data feed to China.”

This vast surveillance network includes the use of unauthorised drones as well.

A 2020 consultation paper by the Department of Transport and Infrastructure expressed concerns over “deficiencies” in Australia’s current security system against “the malicious use of drones”.

According to the report, more protocols must be put in place to protect Australia’s interests:

“Both recreational and commercial operators are at risk of unauthorised access of sensitive information, intellectual property and other data if they operate drones on unsecure networks or using unencrypted communication links.”

Why won’t Australia address these concerns?

Is it ‘ignorance’, or could there be something larger at play here?

For example, the integration of Australia into the Chinese-style system.

They already own or lease most of our gas and electricity and water grids, prime swathes of rural property, extremely significant real estate in our major cities, and virtually every strategic port in the country. If we went to war with China, they now have the capacity to turn off our electricity grid.

We let this happen.

Are we even truly ‘Australia’ anymore?