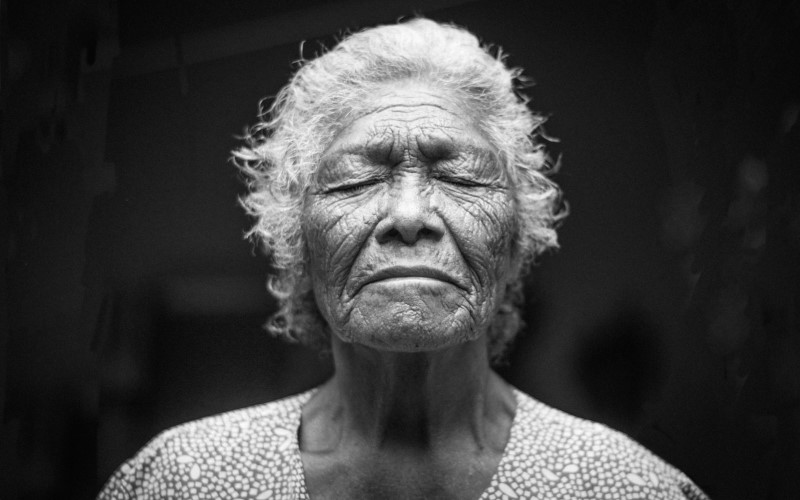 Australia’s biggest private and corporatised charities in aged care are threatening the government with a political campaign if they don’t get more money, on top of the $21 billion in government funding they get already. Throwing money at large providers has not worked, write Elizabeth Minter and Dr Sarah Russell, in a call for greater transparency and significant reform for the sector.

The peak providers of aged care, on whose watch has occurred repeated appalling neglect of thousands of elderly Australians over many years, have issued a not-so-veiled threat to all MPs, especially those in marginal seats, that they had better get on board and support another $20 billion a year going into aged care.

Australian Aged Care Collaboration, which represents six of the largest peak providers, has issued a report “It’s time to care”, of which at least 10 pages are devoted to a breakdown of electorates, voting patterns, which party holds what seats and how to target members of parliament.

“Of the 30 ‘oldest’ seats, almost half are marginal. In some cases, they are held by only a few hundred votes. These seats contain 755,045 voters aged over 55, an extraordinarily concentrated voting bloc. … Aged care issues could determine the outcome in up to 14 seats at the next election, at a time when the government … only holds a three-seat majority.”

And for those who haven’t read the report, the chief executive of Leading Aged Services Australia, Sean Rooney, reiterated the threat three days ago in an interview with The Saturday Paper:

“We have identified the 30 members of parliament who represent the ‘oldest’ electorates in Australia, by voter age, and recognise they have a unique opportunity to represent the needs of their constituents by fighting for a better aged-care system that will stand the test of time.”

According to the report, all the responsibility of fixing aged care rests with MPs “to avoid the mistakes of past governments by creating a sustainable and equitable aged care system that will stand the test of time”.

Talk about short memories. No mention of how the peak providers lobbied politicians repeatedly over many, many years to ensure there have been no meaningful changes in aged care.

The most recent example was in 2019, when three critical amendments to the Aged Care Legislation Amendment (New Commissioner Functions) Bill 2019 were tabled in parliament. If these amendments had gone through, they would have been a game changer for aged care.

They would have improved transparency and accountability around finances, staffing ratios and complaints in aged care homes. Yet extensive lobbying by Leading Aged Services Australia ensured the Coalition and Pauline Hanson voted against all three amendments.

Much has been made of the significant gap in wages between aged care workers and workers doing similar roles in the health sector.

“Successive governments have made several failed attempts to address that gap by providing additional funds to providers in the hope (our emphasis) that they would be passed on to aged care workers by way of increased wages. They were not.”

What is the definition of insanity? Doing the same thing over and over again and expecting a different result.

Given that the aged care providers didn’t spend the extra government money on what they were supposed to, why would throwing another $20 billion at providers now without specific accountability measures ensure it is spent on the things that lead to better care?

No strings attached: aged care providers have the Coalition wrapped around their little fingers

The cause of appalling care

Over decades, it has been repeatedly highlighted what is at the root of many of the appalling scandals:

Yet nowhere in the providers’ glossy report does it set out what they will do to tackle these fundamental issues. No discussion about commitments to employ skilled and well-remunerated staff, to support an improved complaints system, or a willingness to be transparent about how government money is spent.

In a statement that defies logic, the report states:

“With 32 per cent of our aged care workforce born overseas, continued migration during and after the Covid-19 pandemic is crucial.”

What flies under the radar is that aged care is no longer predominantly about providing care to elderly Australians. Aged care is in fact a “property play” involving profit-shifting schemes and party-related loans, often with church or religious bodies being the profitable property development entity.

As Ray Bricknell noted in Pearls and Irritations, the tax accountants and academic researchers engaged by the Royal Commission lifted the lid on the profit-shifting scheme that “turned the provision of residential aged care into a low risk, unregulated and highly profitable property play for the big league investors”.

And in the case of not-for-profit facilities run by charities, “the body behind such potentially profitable property developments is often a church or religious body”.

Furthermore, the top quarter of all private aged-care companies in Australia have a return that is almost four times higher than the best performers elsewhere in the world.

As Peter Rozen, QC, told the Royal Commission in August:

“The aged-care system we have in 2020 is not a system that is failing. The system is operating as it was designed to operate.”

The annual rent of $2.5 million paid by St Basil’s in 2019 to the church was nearly double the amount both a council rates valuation and one of Victoria’s most senior commercial real estate agent said it should pay, reported by The Age. The Greek Orthodox Church received $14.6 million in “exorbitant” rent and fees in the past five years from St Basil’s.

If St Basil’s were not paying such exorbitant rent, it is likely management could have employed more highly skilled staff to improve the standards of care.

How will throwing more money at aged care without fundamental reform ensure that never again would two bankrupt brothers who had been banned from caring for chickens after starving more than 1 million of them be given a licence to care for vulnerable older people? Or that a person who had pleaded guilty to rorting a government-funded scheme that assisted people with disabilities would be given an aged care licence?

Where are the statements from the peak providers tackling these sorts of issues of accountability and transparency?

Start listening to older people and their families

Without fundamental reform of the system, the government should not give any more money to aged care providers. Already there is too little transparency about how providers spend the $21 billion a year in taxpayers’ money they receive each year. The public has no way of knowing whether providers spend the government subsidies to provide personal care, meals and activities for residents or on PR consultants to rebrand their image.

The government must also stop listening only to provider peak bodies. They are, in part, responsible for the crisis.

Governments must give older people and families a seat at the table. Aged Care Reform Now is a recently launched movement driven by people who have first-hand experiences of aged care services. It recently invited LASA’s chief executive Sean Rooney to collaborate with this authentic grassroots movement. He rejected the invitation.

A 30-year veteran of the mainstream media, Liz is the editor of Michael West Media. Liz began her career in journalism in 1990 and worked at The Age newspaper for two 10-year stints. She also worked at The Guardian newspaper in London for more than seven years. A former professional tennis player who represented Australia in the 1984 Los Angeles Olympics, Liz has a Bachelor of Arts and a Bachelor of Letters (Hons). Her Twitter handle is @LizMinter_