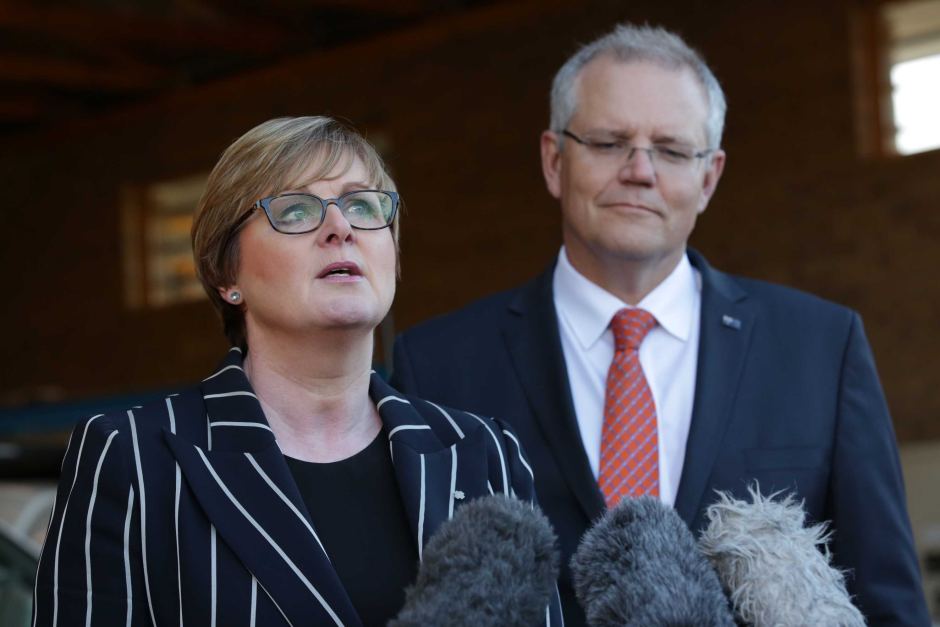 In Part 1 of this three-part investigation, Michelle Fahy investigates the corporate influence on government policy and how weapons makers cultivate relationships with politicians and top officials in the public service.

Extraordinary amounts of money. When combined with the fundamental undeclared, and undealt with, conflicts of interest that have now become routine in Australia’s defence sector, the potential for corruption has increased markedly.

Conflicts of interest have become entrenched because of the close integration of military industry interests with government policy.

Corporate influence on government policy has been cultivated for years by a phenomenon at which the arms trade excels: the revolving door.

This is how the revolving door works. Defence-related politicians and public officials and military personnel are regularly offered high-level, high-paying positions with weapons companies upon retirement. This provides a strong incentive for those in public service, with an eye to their future, to seek the best interests of these companies. Military industry executives in turn are welcomed into government as experts, consultants and employees.

Corruption is defined as “the abuse of entrusted power for private gain, be it grand, petty, or political corruption” in the 2019 Australian research report, Governing for Integrity. The report says ‘undue influence’ is a marker for corruption, and that undue influence and the ‘revolving door’ are two key problems “eroding public confidence in parliamentarians and ministers, and weakening the fundamentals of democracy”.

Take the case of former defence minister Christopher Pyne, who discussed his future with EY Defence while still in parliament, then nine days after leaving politics accepted a position with them. Pyne now also runs his own lobbying firm, lectures as an ‘industry professor’ at the University of South Australia, and is chair of the advisory board and investment committee of a new investment fund promoting high returns via investment in selected defence and cyber stocks.

Pyne’s post-politics career made a mockery of the ministerial standards and lobbying rules and led to a senate inquiry, which included former foreign minister Julie Bishop, who only months after leaving parliament joined the board of multinational aid contractor Palladium. The revolving door yet again exposed the parliament’s unwillingness to manage risk factors for corruption, further eroding public confidence in the integrity of our political system.

As noted by Transparency International Australia in its submission to the senate inquiry, it is quite the “culture of cosiness”.

Although a particularly egregious case, Pyne isn’t the only former defence minister to have used the revolving door.

The Liberals’ Peter Reith left his ministerial desk and popped up a few days later at Tenix, then Australia’s largest defence contractor. EY also secured the services of Labor’s Kim Beazley within a year of his political departure, along with former Labor defence minister Stephen Smith. Beazley joined the board of Lockheed Martin in between his public roles as US Ambassador and WA Governor. (The job description and the budget of the WA Governor has been expanded to enable Beazley to advocate for defence industry.) After a three-year association with EY, Smith has recently accepted directorships with cyber security companies ArchTIS and Sapien Cyber.

Meanwhile, former Liberal David Johnston is being paid $3,000 a day for up to 180 days a year as the federal government’s chief weapons industry advocate, while sitting on the board of Saab Technologies (a significant contractor to the Defence Department).

Brendan Nelson, a former Liberal party leader, defence minister and director of the Australian War Memorial, is now with Boeing (a multibillion-dollar contractor to Defence).

Nelson’s move to Boeing was announced in January 2020, just a few weeks after his departure from the war memorial, a tenure that caused controversy given Nelson’s pursuit of sponsorship from arms manufacturers.

In Nelson’s final appearance at senate estimates in October 2019 he highlighted Boeing’s $1 million sponsorship of the memorial.

Nelson also raised eyebrows in March 2019 when his entry on the foreign influence transparency register revealed he had been on Thales Australia’s “advisory board” since March 2015.

Thales is a global top 10 arms manufacturer, a multi-billion-dollar contractor to Defence, and a sponsor of the war memorial.

Then veterans affairs minister Michael Ronaldson approved Nelson’s extracurricular activity while noting the potential for conflict of interest. Nelson countered public concerns by saying he donated the fees he received to the war memorial.

Current minister Linda Reynolds was briefly employed by missile-maker Raytheon in between military and political jobs in her pre-senate career.

Politicians attract almost all the attention for using revolving door, but they aren’t the only ones using it.

While the Sydney Morning Herald noted the appointment, no hard questions were asked and no analysis provided of Lewis’s swift move into an industry over which he had had oversight.

Lewis had spent five years as ASIO’s Director-General, his final public role in a long career of public service that spanned the military (Commander of Special Forces), the Departments of the Prime Minister and Cabinet and defence, as well as diplomatic roles — including as Australia’s ambassador to NATO.

Allan Gyngell, president of the Australian Institute for International Affairs, described Lewis thus: “The breadth of [Lewis’s] experience in senior national security positions in Australia is unique in our country’s modern history.”

It is surprising that someone with such extraordinary knowledge and expertise was able to move to private industry at all, let alone a mere five months after his departure from government.

Australia is far too lax about managing conflicts of interest, the revolving door between public life and industry, and other forms of undue influence. It is a problem in any domain of government, but it is particularly dangerous gap in the big spending, sensitive areas of defence and national security.

When respected senior leaders leave public service for the military industry, they take with them extensive contacts, deep institutional knowledge, and rare and privileged access to the highest levels of government, both in Australia and internationally. Their presence on the board of an influential industry corporation entrenches the influence of the weapons industry on government decision-making. Such moves increase the risk that the public interest is conflated with corporate interests.

Jim McDowell is a good example. After 17 years with BAE, the world’s sixth largest weapons-maker, including 10 years as chief executive of BAE Systems Australia, McDowell returned to Australia in December 2013 from his post in Saudia Arabia as the company’s chief executive and was immediately appointed to the board of the Australian Nuclear Science and Technology Organisation. He became ANSTO’s chair in August 2014. For the next four years while with ANSTO he also undertook numerous influential consulting roles with the Defence Department. (More details here.)

At the same time, McDowell was chancellor of the University of South Australia (which has close links with military industry) and was on the board of numerous companies in the military industrial sector. One was Austal, a Perth-based shipbuilder that operates internationally, including with the US Navy, which bid for the offshore patrol vessels program under the naval shipbuilding plan.

BAE was on a shortlist of three multinationals competing for the future frigates program, a $35 billion prize it won in June 2018.

Even so, did anyone in Defence or Minister Pyne’s office examine the scope of McDowell’s various roles and assess the arrangements in light of best practice governance standards?

Does the government have a robust due diligence procedure to monitor the serious conflicts of interest inherent in such revolving door appointments? Are the obvious risks to good governance being managed? How? When it comes to Defence we simply don’t know – there is little to no transparency.

In August 2018, McDowell was appointed South Australia’s most senior public servant; hired by Premier Steve Marshall as chief executive of the Department of Premier and Cabinet. McDowell is now tasked with guiding the SA public service “to take full advantage of the Commonwealth’s naval shipbuilding program and other defence contracts based in South Australia”. Premier Marshall also hopes McDowell will “help the state attract military-industrial projects, particularly in shipbuilding”.

DISCLOSURE: Michelle Fahy was employed part-time by the Medical Association for Prevention of War for 10 months from May 2018 and worked on its campaign to end weapons company sponsorship of the Australian War Memorial.

Michelle has had a long career in writing and research, initially in the financial services sector. For the last 10 years, she has been involved in research and campaigning for various organisations seeking to reduce warfare and militarism. An abiding interest has been the prevention of corruption via increased transparency and accountability. She is currently researching the links between current and former politicians, public servants and military personnel, and weapons-making corporations.