Bow Your Heads In Shame: Arm Merchants and the Australian Government 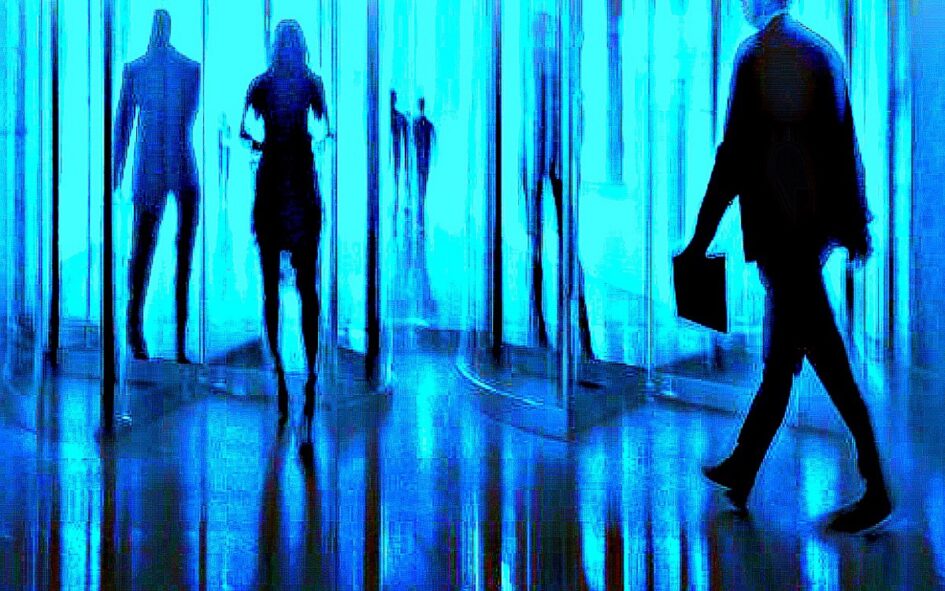 A disturbing number of Australia’s military personnel, senior defence and intelligence officials and politicians leave their public service jobs and walk through the ‘revolving door’ into roles with weapons-making and security-related corporations. Nowhere is government and industry more fused than in defence.

The coronavirus pandemic is changing the world day by day, hour by hour. If there is any good to come out of any of it, the fact that the competencies and motivations of governments are now coming under intense scrutiny must be one of them.

In Australia an overwhelmed public, distrusting of both the media and the government, are fleeing down rabbit holes into isolation wards of their own making.

Why governments act the way they do, and why the Australian government acts the way it does, is even more mysterious in times of crisis. Nowhere is the secrecy which has come to shroud the government operations in recent years more evident than in its almost entirely opaque military spending.

Here is a splendid piece of work by researcher Michelle Fahy in conjunction with Michael West Media. She describes the high-rotation revolving door between the Australian government and arms merchants, our very own Brothers-in-Arms.

The majority of transitions between politics and the Australian defence sector pass unremarked, with only an occasional high profile name making media headlines. It is a career pathway which has been normalised. This despite the sensitive nature of defence and the astronomical size of the nation’s defence spending.

A recent example is the 21 February 2020 appointment to the Thales Australia board of one of the nation’s most senior intelligence chiefs, former ASIO boss Duncan Lewis, which barely rated a mention.

Nine newspapers were an exception in noting the appointment, but there were no hard questions asked and no analysis by Nine as to the implications of this swift move into the private sector by such a powerful well-connected person: a move into an industry over which Lewis until recently had had oversight. Upon his appointment to the Thales board, Lewis had only been out of ASIO for five months, having spent five years as its Director-General.

ASIO was his final public sector role in a long career that also spanned the military, the departments of the prime minister and cabinet and defence, as well as diplomatic roles.

Thales is the world’s 10th largest weapons-making corporation; a French multinational that also encompasses cybersecurity and space projects. It also owns 35 per cent of Naval Group, the lead contractor of the $80 billion Future Submarines project. Thales Australia is a multi-billion-dollar contractor to the Australian government.

When respected senior leaders such as Lewis leave public service for the weapons industry, they take with them extensive contacts, deep institutional knowledge, and rare and privileged access to the highest levels of government. Their presence in the private sector serves to affirm and entrench the influence of the weapons industry on government decision-making. The public interest risks becoming conflated with corporate interests.

In addition to these issues, the well-trodden path from public service into such industry appointments raises the troubling possibility that some senior decision-makers on defence and national security matters, with an eye on possible future board appointments or consulting roles (whether consciously or not), might favour a certain proposal over another, or become hesitant to make decisions that could displease corporate interests.

How would the public they serve ever know?

A notable example in this context is Christopher Pyne, who was found to have engaged in discussions with EY while still in office as defence minister and a member of the cabinet, and subsequently accepted a consulting role with EY Defence just nine days after leaving politics.

Should such appointments into directly-related private weapons-making corporations, or industry-associated consulting or lobbying firms, be permitted for the most senior of our defence and intelligence chiefs and government ministers, especially so soon after they vacate powerful positions in which they have had oversight of this industry?

Given the tens of billions of dollars of annual public expenditure in this sector and the fact that the decision-makers involved carry the weighty responsibility of national security on their shoulders, this is not an issue that ought to be reliant on the personal integrity settings of the individuals concerned.

Christopher Pyne and Duncan Lewis are not, of course, the only examples. Nor are we implying that their decisions were influenced by their future career prospects. These are simply two recent examples of a much broader issue we have commenced investigating.

Our launch of the military industry revolving doors investigative project has already brought to light the surprising extent of this phenomenon in this industry.

Indeed, from the current Defence Minister Linda Reynolds, formerly with the military and also with Raytheon; to the previous Chief of the Defence Force Mark Binskin, now in a role with BAE Systems; to the current nine-member board of Lockheed Martin Australia which includes two former military chiefs, a former defence secretary and chief of staff to a prime minister, and a former cabinet minister… our investigations show that the revolving door into and out of this industry is almost constantly in motion.

The ‘Revolving Door’ series details the movement of Australian politicians and senior staffers into the industry they oversaw and vice versa.

If you wish to contribute to, or advise the Revolving Doors team you can contact Michelle by email: mfahyresearch@gmail.com

Michelle has had a long career in writing and research, initially in the financial services sector producing plain language investor communications. For the last ten years, she has been involved in research and campaigning for various organisations seeking to reduce warfare and militarism. An abiding interest has been the prevention of corruption via increased transparency and accountability.

Fahy is currently researching the links between current and former politicians, public servants and military personnel, and weapons-making corporations.

This story was originally published in Michael West Media and is republished in A Sense of Place Magazine with their collaboration and using a Creative Commons licence.