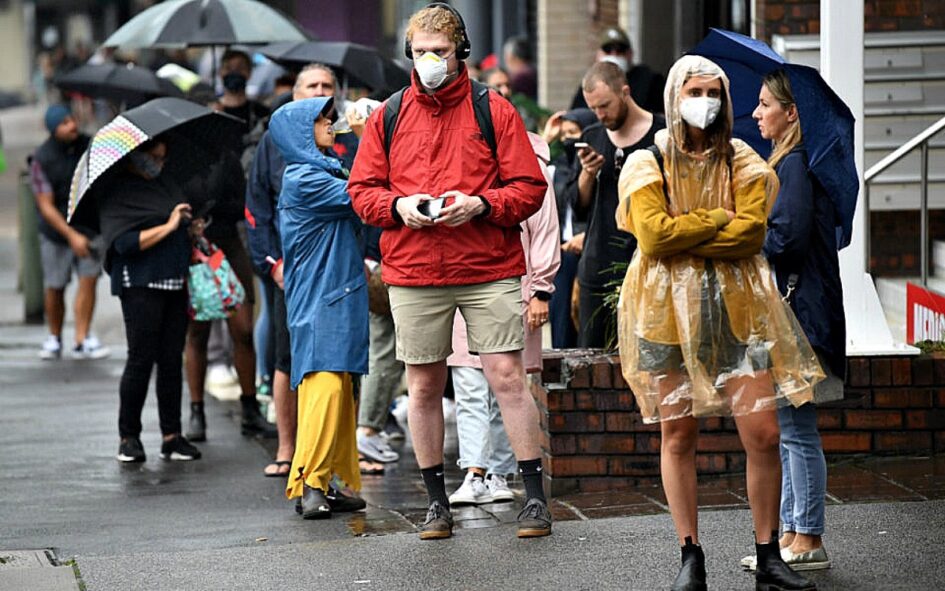 The government which brought the nation some of the most expensive electricity in the world, worst, read truly abysmal internet, plummeting educational outcomes, highest household debt and soaring costs of living is in the act of throwing millions of Australians onto the dole queues.

And delivering billions of dollars to their corporate mates.

Ipso facto, on the face of it, the government appears to have set out to deliberately destroy the Australian economy, under the cover of Covid-19.

In true Shylockian fashion, the banks are poised to make a profit by charging interest on their interest. As millions of Australians lose their jobs and their customers, the banks have been gifted $90 billion to lend — which is effectively a gargantuan liquidity package (dubbed “QE”, or quantitative easing so nobody can figure out they are creating new money out of thin air).

How good is free money!

In a market distortion of truly staggering proportions, the Australian Prime Minister Scott Morrison and Treasurer Josh Frydenberg have just announced a $130 billion “stimulus” package which will see a $1500 wage support package. That is, the bigger a corporation you are, the more taxpayer dollars you will get.

A polity which should have been helping build resilience into the nation’s businesses, corporations and individuals had already gifted the nation a desperately feeble economy.

The first stimulus package, of $17.6 billion, within days a mere minnow on the horizon, delivered as part of the spendathon a one-off $750 payment to around 6.5 million lower income Australians registered for welfare, be it an old pensioner, disability pensioner or the unemployed.

That 6.5 million Australians are dependent on government payments in a population of 25 million is simply staggering and illustrates one of the fundamental flaws in an already deeply troubled society: that far too many people are not engaged in meaningful work or cannot generate enough income to support themselves.

And that the welfare state, whose most primary instinct is to expand its remit, has become a dangerous enemy of the people.

As acerbic but insightful economic commentator Alan Austin has frequently observed, this government’s claims to be good economic managers is a farce. Their management, instead, has been a “huge fail”.

Australia’s dismal performance was even more stark against the global backdrop: wealth worldwide grew during the past year as the international trade, jobs, investment, corporate profits and government revenue boomed.

Scott Morrison became Prime Minister in an internal coup in August of 2018, without any popular base. He won an unlikely election victory in May of 2019 after an indefatigable daggy dad routine with him as front and centre of the campaign.

The nation’s voters were quick to realise they had been conned.

There have been serious questions about Morrison’s leadership since September of last year.Australia Is In Dire Straits
Crony Capitalism and the Collapse of Democracymedium.com

Those doubts escalated as a result of his hapless mismanagement during the Australian bushfire season of 2019/2020, in which 18 million hectares were burnt, a billion animals killed, 2700 homes were destroyed and 34 people died.

Now those doubts are in overdrive, with his opportunism over the coronavirus pandemic and his triumphant smirk as he exits yet another lengthy press conference plain for all to see.

As that smirk so clearly illustrates, much about the coronavirus crisis suits Morrison.

Parliament has been suspended for six months, so he doesn’t have to answer any pesky questions from the Opposition. The notion of producing a surplus has been banished. Groups of more than two people at a time have been banned, meaning any protest movement is impossible.

A frightened population is a submissive population — easy to manage as long as they stay indoors.

A national health crisis has been turned into a pantomime.

As that legendary iconoclast of a journalist Mungo MacCallum puts it:

The bulk of the cash splash goes to business, and is unlikely to trickle down into the pockets of consumers. Last week we barely saw him off the television, one grave and portentous speech after another, assuring a bewildered public that whatever the situation actually is, he is on top of it, alert but not alarmed, ready for action.

Or as another pundit Katharine Murphy put it:

Serious questions have been raised about how Morrison’s outlier religious views are distorting his government’s policy approaches. As the world’s only Pentecostal leader, he literally believes, just like the jihadis of the Middle East, that he is a key player in a coming Apocalypse.

And that the unbelievers, that is the voters, those who don’t turn to God here and now, at The End of Days, will be cast into the pit.Scott Morrison: The World’s Only Pentecostal Leader
The End Is Nighmedium.com

Now the entire country is ex tempore — that is, out of time.

Officially there have been 19 deaths from coronavirus so far.

There are normally between 1500 and 3000 deaths from the flu each year in Australia, according to the Influenza Specialist Group.

With estimates ranging up to six million additional unemployed by year’s end, how many more people will die as a result of the ravages of the widespread poverty and unemployment being engineered by this government?