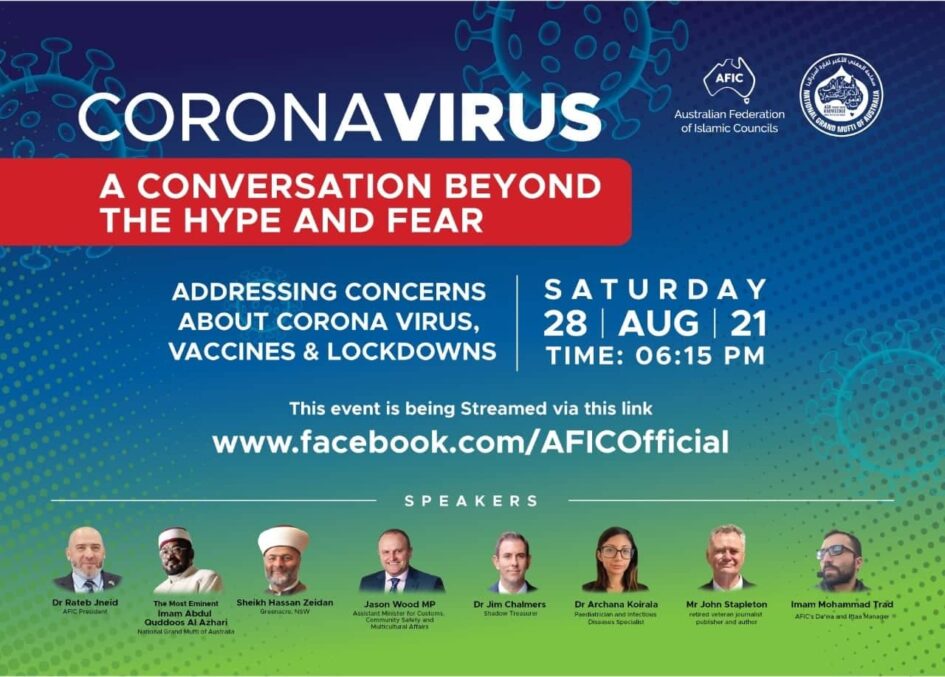 Well, where is the evidence that lockdowns work?

We have seen across the last 18 months, and particularly in recent weeks, the most violent demonstrations in Australian history.

Australians have been turned against Australians.

With hundreds of military personnel on the street, with police blanketing suburbs across Australia now enforcing the equivalent of martial law, not one single Australian politician can produce the evidence that this action is appropriate.

At the same time as Australia has become a laughing stock around the world, with the most excoriating coverage this country has ever attracted. In America, the idea that under Australia’s covid restrictions  dogs in animal refuges were being shot rather than given to loving homes touched a sympathetic chord.

Where is the evidence that putting millions of people under house arrest, unable to visit friends and family, unable in many cases to work, destroying many tens of thousands of businesses, throwing vast swathes of the population on to welfare, quadrupling or quintupling the national debt, destroying the education of millions of Australian children, where is the evidence that this is an appropriate response to the coronavirus?

Where is the evidence that instituting curfews on millions of Australians is effective or appropriate?

That’s right, it’s all secret. In Victoria, NSW and Queensland, indeed across the entire country, we’ve seen the same charade of the implementation of draconian law enforcement and massive restrictions on personal liberty, but state and federal governments are all refusing to release the medical evidence on which these decisions are based.

That is, you can institute the most over-the-top lockdowns and destruction of communities seen anywhere in the world, but they can’t justify it. The authorities cannot provide the evidence that they are doing the right thing.

For the simple reason: It doesn’t exist.

My new book Unfolding Catastrophe: Australia, which coincidentally became available for purchase today, has one aim, and that is to change the debate around lockdowns.

An ill informed, frightened and confused Australian population, many of them without the literacy or media skills to know when they are being lied to, have been bludgeoned into accepting the loss of all their freedoms, while unbelievably arrogant and utterly out of touch politicians, many of them earning some 40 or 50 times the income of a welfare recipient, have escaped scott free.

They never meet, except at controlled events during election campaigns, the ordinary working Australians most devastated by their insane and self-aggrandising responses to Covid.

When this is all over, let’s not forget this crisis was man made. That it wasn’t the virus that did all this damage, but governments’ response to it.

It’s the rest of the population that is paying. And paying big time. Millions of people can no longer take care of their families, have lost the pride of running their own businesses and the ability to care for their own families. Are facing massive debts and the destruction of all they have ever worked for.

Unfolding Catastrophe aims to dismember the political, administrative and social derangement which has overtaken Australia since the early days of 2020.

The Australian government ignored all the cautionary tales emanating from some of the world’s leading tertiary institutions, including Princeton, Harvard, Oxford and Stanford, all warning that lockdowns were a dangerous social experiment which went against decades of epidemiological wisdom and would do more harm than good. The result has been an authoritarian derangement, with military on the streets, unprecedented levels of highly aggressive policing, a dramatic loss of liberties, thousands marching in the streets and uber surveillance at a level previously unimaginable.

Under Covid, the rich in Australia are now many billions of dollars richer than they were 18 months ago.

Amongst the journalists quoted in the book are Australia’s leading investigative reporters Michael West, who has described the entire scenario as the worst case of corporate rorting ever seen in Australia, to the esteemed elder statesman of Australian journalism Jack Waterford, who dismembers the poor quality of advice and the shockingly poor messaging emanating from government.

Other writers include Professor Augusto Zimmerman, whose book Fundamental Rights in the Age of Covid-19 canvasses Australian academics deeply concerned about the loss of liberties in Australia.

If the Australian government didn’t want to pay any attention to many of the world’s leading disease experts, they only had to go to the Australian National University and one of the country’s most distinguished academics, Professor Ramesh Thakur, who has written extensively on Covid for publications both here and around the world.

He has warned repeatedly that lockdowns were entirely the wrong response. Eminent scientists who urged caution were ignored but have been proven far truer in their projections than the doom-laden death cultists.

“The harsh lockdown measures were instituted in response to the fear-mongering projections of mathematical modelling that bear hardly any resemblance to the reality that has unfolded across the world.

“The result has been disastrous for millions of people around the world. Rather than focusing protective measures on the people at heightened risk of illness, governments around the world imposed and continue to impose severe restrictions on their entire population.

As every day the country descends into a further totalitarian hell, if I have one hope for the book, it is that it marks a white line amidst the chaos that has enveloped us all, that it forces politicians to rethink their actions and for the public to reassess their politicians.

Many people, both in Australia and around the world, were warning, a year or more ago, that the unilateral actions being taken by the authorities would lead to an authoritarian derangement. That’s exactly what is happening in Australia.

“And we are seeing governments tearing open new avenues into our private lives under the justification of emergency measures.

“You know, they always say these are temporary, it is for this reason and that reason… But there is nothing more permanent than a temporary measure. The system is now failing.”

It is not just the political and bureaucratic classes which have behaved so badly, but the media profession itself. As one group of doctors quoted in the book records: “The relentless bombardment of numbers, unleashed on the population day after day, hour after hour, without indicating those numbers, without comparing them with flu deaths in other years, without comparing them with deaths from other causes, has induced true anxiety psychosis in the population.”

Unfolding Catastrophe asks: What will happen when the population realises they have been lied to? The answer? They will riot in the street.

Which is exactly what has happened. With unparalleled scenes at protests around the country.

There have already been, and will continue to be, many, many scandals associated with the political, administrative and medical responses to Covid.

The old dictum, “do no harm” has been abandoned, as many in the medical profession have overseen or acted as political shields for the massive damage now being done to millions and millions of Australians.

The history of government hysteria and the implementation of lockdowns began with Imperial College London, and was mirrored in Australia with similar modeling by the Doherty Institute, which was predicting 50,000 to 150,000 deaths in this country.

In 2005 he predicted that 150 million people would be killed from bird flu. In the end, 282 people died worldwide.

Australian authorities must have known within weeks that the hysteria being visited upon the country was being done under either false or highly disputed premises; that both the Imperial College London and the Doherty Institute in Australia were wildly inaccurate.

This is the same institute the government is now relying on to set its vaccine thresholds.

It was obvious from very early on that the projected death tolls, the excuse for Scott Morrison placing himself front and centre of the fear campaign, the rationale behind the massive destruction of Australian life, was false.

Why did no one call him out? Not his political comrades in arms. Not his wealthy political donors. Not the premiers now shutting down their entire states and masquerading as heroes of the moment. Not the senior bureaucrats peddling a message of alarmism; and only very, very few in the nation’s media.

Politicians ignored all the warnings, seized the advice that suited them and have absolutely destroyed the country. Goodbye democracy. Goodbye decency.

No government should ever again have the power to shut down lives, businesses, culture, and liberties with a wanton disregard for the citizens’ welfare.

But now they have grasped the power, they can do it at their will.

Daniel Wild, director of research at the conservative Institute of Public Affairs and an institution one would normally expect to be backing a conservative government , summed it up as well as anyone: “Creating a depression-era economy is the expert classes’ solution to managing COVID-19.

“Shutting down the economy and society through social distancing and travel restrictions was considered the only way to slow the spread of the virus.

“The problem is that this man-made recession falls unevenly across Australians. It is the young, small businesses, the self-employed, and those in the productive, private parts of the economy who are being smashed, while public servants and bureaucrats have not only been sheltered but they have flourished.

“Power-hungry premiers, politicians and unelected health bureaucrats weren’t going to return the freedoms confiscated on the basis of what we now know are exaggerated claims and highly inaccurate modelling.”

Unfolding Catastrophe: Australia closes with the following passage: “The veneer of civilisation proved virus‐thin. The consequences of lockdowns and the remaking of Australian society will spill down the generations. The derangement that took over the political class and the absolute mismanagement of the COVID crisis, beginning in early 2020, will seriously damage the welfare of hundreds of thousands of families; and mark the nation’s descent into a totalitarian hell.

“And those who inherit this future will wonder, above all else, how could anyone of conscience have let this happen?”