Shutting Down Australia: How It All Ends Part II 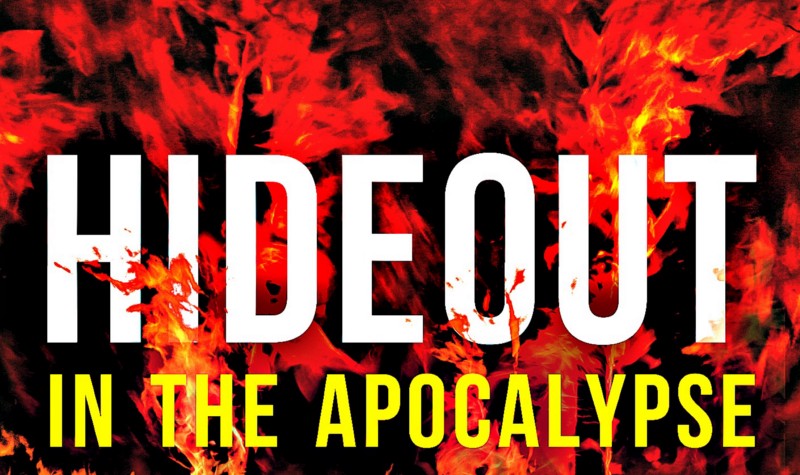 “The world’s gone mad,” the old reporter said as he passed people on his morning walk.

Australia is shutting down. Extreme measures introduced purportedly to stop the spread of Covid-19 are requiring extreme policing measures to force a skeptical population, accustomed to being lied to by their government, to comply.

Empowered by tough new laws and public pressure, police forces are testing how far to go in punishing behavior that is ordinarily routine. In Australia, the authorities have threatened people sitting alone drinking coffee with six months in jail, or for sitting in their cars, for not having a good reason to have left their house, for eating a kebab on a park bench.

Under these conditions, where basic humanity is lost, the perpetrators act like predators and the targets act like prey.

Below is the final sequence from Hideout in the Apocalypse, which makes the simple point that a place which should have been safe, a geographically remote place like Australia, is not safe at all. This is the middle book in the series which began in 2015 with Terror in Australia: Workers’ Paradise Lost.

The final in the series, Dark Dark Policing, has just been published.

Hideout in the Apocalypse is about surveillance and the crushing of Australia’s larrikin spirit. The government knew when it introduced the panopticon, universal surveillance, that it would have a devastating impact on the culture.

If people know they are being watched they behave differently. Dissent is stifled, conformity becomes the norm, the population easier to manage.

At the same time the Australian government has prosecuted the greatest assault on freedom of speech in the nation’s history. The media is highly manipulated, and journalists closely monitored. They are now classified as Persons of Interest for the nation’s security agencies, an outlandish assault on the Fourth Estate.

A democracy in name only, in Australia the war on terror has become a war on the people’s right to know, justifying an unprecedented expansion of state power. Now we have Covid-19.

At the Tables of Knowledge scattered across the country there was nothing but contempt for their political leaders; stubborn, resentful, disillusioned, increasingly embittered.

A year or two before, few of them would have ever admitted publicly their politically incorrect support for ultra-nationalist anti-mass migration advocate Senator Pauline Hanson, leader of One Nation.

Now, she garnered the protest vote, and they supported her to a man, or woman.

Fueled by resentment, some of chatter was vicious: “I can’t wait to watch Pauline string up the first rope.”

But the vast majority of it was simply the voices of people who had had enough; sick of a country where nothing worked, where everything was expensive, where government mangled into every part of their lives, where fat cats and politicians stole their taxes, where their own opinions and hard work were regarded as of no account.

The identity politics of the day, refugees, lesbian mothers, aboriginals in
custody, ignored the muddling middle.

Not one politician stood up and declared to ordinary workers:

I am going to make your life better.

The social engineers, their tertiary acquired groupthink theories failing to take in the real world, reaped what they had sowed: contempt.

One of the Australia’s most esteemed writers, Richard Flanagan, delivered
a heartfelt condemnation of the country in which he dwelled:

Every day we hear grim and grimmer news that suggests we are passing through the winter of the world. Everywhere man is tormented, the globe reels from multitudes of suffering and horror, and, worst, we no longer know with confidence what our answer might be. And yet we understand that the time approaches when an answer must be made or a terrible reckoning will be ours.

A petition went up for returned soldiers, sent to war by the very government which now ignored them:

When you slip into your warm bed tonight, over 100 veterans of Iraq and Afghanistan wars will sleep rough in parks around Australia. Cold, hungry and suffering Post Traumatic Stress Disorder as a result of service to their country, these brave veterans deserve better. They need a place to shower, to eat, to sleep and to talk to other veterans who understand what they are going through. But where do they go? How can the government justify spending millions and millions on refugees yet forget those who were prepared to lay down their lives for the
country they love???

The horsemen wheeled out onto the plains of Dabiq.

And when he had opened the fourth seal, I heard the voice of the fourth beast say, Come and see. And I looked, and behold a pale horse: and his name that sat on him was Death, and Hell followed with him. And power was given unto them over the fourth part of the earth, to kill with sword, and with hunger, and with death, and with the beasts of the earth.

The drones flew overhead. Western bombs rained down on crying children.
The massacres grew worse. Talk of a World War was everywhere in the wind.

So the angel swung his sickle over the earth and gathered the grapes of the earth, and he threw them into the great winepress of God’s wrath. And the winepress was trodden outside the city, and the blood that flowed from it rose as high as the bridles of the horses…

In those waking dreams which continued to haunt the old news reporter, the attempts by those who had sent him and hundreds of others like him to rescue a race from an apocalypse, to avoid the gifting of billions of souls to the Dark Lords, stood on the precipice of failure.

The world had ignored the warnings of the town criers. The Enlightenment had failed. Time was running out.

The books he had loved as a youth began to recycle rapidly through his
brain. Ask not For Whom the Bell Tolls, it tolls for thee.

The policies and procedures were in place, the rules and regulations drafted. The place had been prepared. The plane was on the tarmac. There was a gap in the air, that intake of breath prior to calamity.

We will meet in the place where there is no darkness, in the middle of the torture chamber.

But it would all avail the torturers nought; their feeble souls the flashes of light at the edge of a firestorm, barely existing before they were gone, destroyed in the maelstrom they themselves had helped created.

Above, as it had done all year, the sky burned.