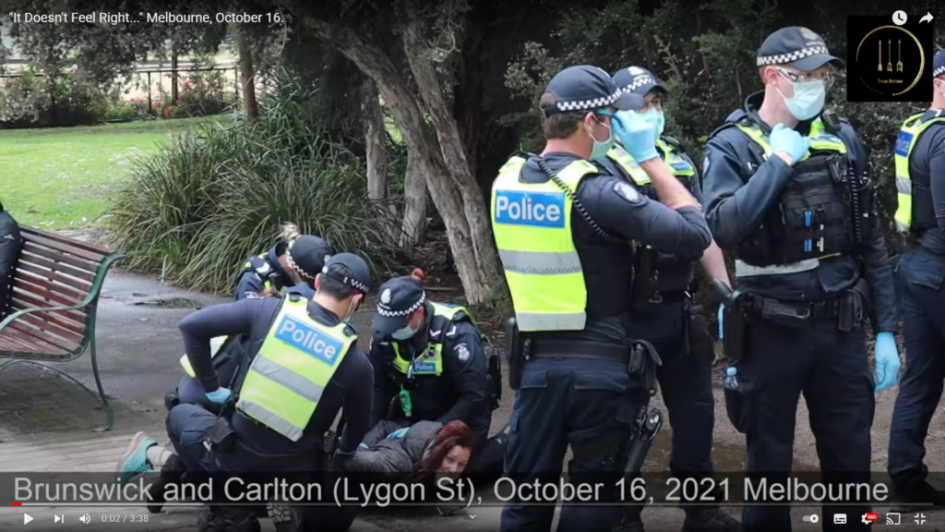 As thousands of Australians face unemployment and exclusion from numerous venues and any semblance of normal life due to jab mandates, many have taken to the streets to continue their fight for freedom of choice.

The disconnect between the street and the nation’s pampered political class is now complete.

While the mainstream media has been obsessing over whether or not Australian Prime Minister Scott Morrison will attend the Glasgow climate conference at the end of the month, on the ground his country is falling apart.

PRIME MINISTER: Of course not. Australia is a country that has seen over 30,000 lives saved, through COVID successfully. That has seen our economy come through COVID, arguably better than almost any other developed country in the world. We’ve worked together to produce these outcomes for the benefit of Australians.

EDITOR’S NOTE: Australia is unrecognisable from the country Morrison inherited three years ago. His oft repeated claim of 30,000 lives saved derives from a farcical misreading of statistics and has led to him being labelled a “charlatan”. With an election looming, he should be ashamed of peddling such a demonstrably incorrect piece of propaganda. On the claim of good economic management, the national debt has more than quadrupled on his watch and many tens of thousands of businesses destroyed. On the idea that Australians have worked together, with military on the streets and over the top policing now the new norm the country has never been more dangerously divided.

Our friends at the Demonstration 2.2 assisted with rolling coverage of lockdown states!

Huge numbers once again in Brisbane, as thousands march loudly and proudly through the CBD.

A large group of protesters rallied in the Perth CBD to oppose mandatory COVID-19 vaccines and further plans to divide the country based on immunisation status.

The group marches and chanted, “my body, my choice”, and, “freedom, freedom”, in opposition to the requirement for people to be vaccinated against COVID-19 to work in Western Australia.

Crowds protest in the far North of the country as the government introduces $5000 fines for any employee not getting “the jab”, an overreach which has received worldwide ridicule.

Familiar scenes as cops swarm the area and prevent protests:

A woman is arrested at today’s protest at Princes Park:

Sydney was much the same as Melbourne, with police swarming the area:

See livestream at the top of this page for more arrests.

A passionate crowd once again packed the CBD to fight for freedom of choice against coercion:

Our friends at the Demonstration 2.2 assisted with rolling coverage of lockdown states!

See the full livestream of protests below: