Prison Island: I Wish to be Deported from Australia 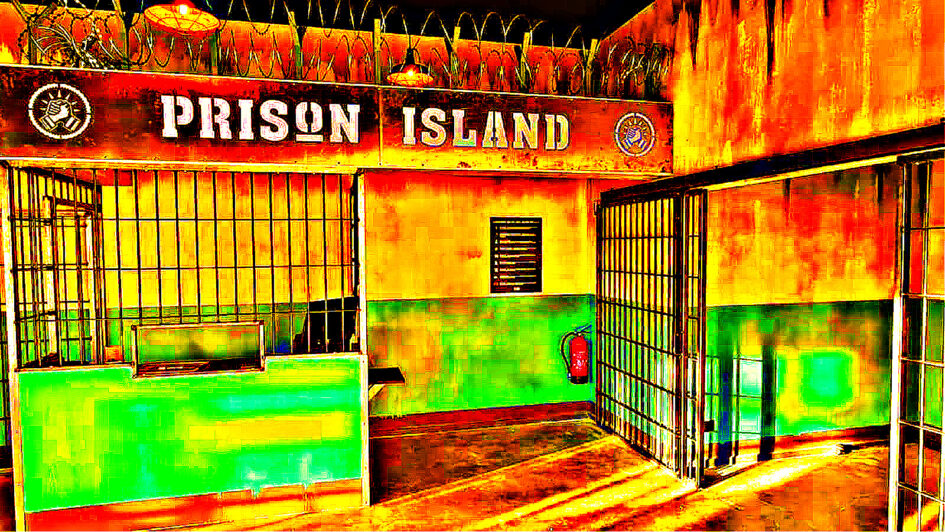 By Paul Collits: The Freedoms Project.

Amid all the keystrokes spent upon Novak Djokovic’s appalling deportation from the penal colony that is contemporary Australia, the following words rang most true, and, at the same time, provided an idea.

This is Kit Knightly at Off Guardian, a quirky, truth-telling British online magazine:

I have spent endless hours trying to think of a way of leaving this God-awful place.  A country that is now almost impossible to leave.  Just like North Korea and Cuba.  The big three liberal democracies.  It is as if Hotel California was written for us, now.  At the time people thought it was about hell.  “You can check out any time you like, but you can never leave.”  These days, Australia passes as a reasonable simulacrum for the place down below.  Down under, perhaps.

I have thought about a start-up doing reverse boat-people trips.  Not coming, but going.  I would pay handsomely.  Here is another idea.  Escape to Mexico, grow a Merv Hughes moustache, put on a sombrero and a poncho, join the conga line and head for the Rio Grande.  Adios muchachos!

Thence onwards to the free Republic of Florida.  Where it is against the law to discriminate against anyone on the grounds of their vaccination status.  I am told you can get into the United States easily this way.  Then you apply for social security.

A third idea is to go the full “Benedict Option”, aka join a “parallel society”.  This former option was suggested for Christians in a post-, and, indeed, anti-Christian society by the American conservative author, Rod Dreher.  St Benedict was so sick of the decadent society around him in Roman times that he retreated to a cave.  Then heaps of people wanted to join him, and so the monastic life was born.

Parallel societies are a similar, sound idea proposed by a regular guest on the excellent Discernable podcast (run by Matt Wong), the always sensible Brendan Moloney.  The idea is simply to opt out, without having to leave the country.  Many of us probably do some of this already in some areas of life.  We don’t read corporate newspapers or watch TV news. We stop using censoring social media.  We shop at freedom-loving small businesses who welcome anyone at their stores, and we avoid large corporate shills for the Covid State.  We use cash.  We have dumb phones.  But we stay in situ and still are required to pay taxes to governments we abhor and who abhor us.  John Locke’s liberal idea of consent and the social contract as the basis for political obligation are seemingly now merely quaint, legacy notions from a distant past.  And we remain geographically tethered.

Hence, other ideas for an exit strategy are welcome.

Why leave Australia?  Well, post-Djokovic, clearly I and countless others who are guilty of thought crimes and modern-day leprosy are no longer welcome here.  Alex Hawke said so.  He and his boss fear a tennis player becoming a lightning rod for an emerging protest movement.  A protest movement potentially with electoral consequences.  There is no way that anyone remotely sentient believes that Novak Djokovic is a health threat to anyone.  Are these people serious?

Here is the egregious Hawke:

Public statements from officials suggest that they consider any “anti-vaxxer” to be a threat to the public interest by undermining the vaccination programme. Thus they can justify barring entry to Djokovic (or, it should be said, any other “anti-vaxxer”) under the guise of “public interest”.

It’s about control, it almost always is.

In short, the government are scared that Djokovic’s very presence in the country is a threat to their neo-fascist lockdown.

If you look closely at the media messaging, there’s more than a little fear behind the wall of abuse and mockery.

Article after article is at pains to point out that “the majority of normal Australians want the Joker gone”, or some variation on that sentiment. Somewhat desperately selling the line that nobody agrees with, or supports, Djokovic’s position.

This is beyond sinister.  But words like sinister are everyday currency now in the Land of Oz.  It is almost cliched to use the term.  And still no one seems remotely to care.  The Kool-Aid that has been served up is mighty good juice.

I have a platform too.  Several, actually.  That might well be construed as “leading to an increase in anti-vaccination sentiment”.  Like the Djoker, I regularly “express anti vaccine sentiment”.  I must be considered especially dangerous.  Cuff me Alex!  Like George Christensen, Craig Kelly, Alex Antic, Gerard Rennick, and all the other deplorables.  I spread misinformation.  Just ask the algorithms at Facebook who have regularly censored me.  Now (mercifully), Facebook is denied my free content provider services.  I am an enemy of the state now.  Can I apply for deportation?  Is self-deportation even a thing?  Is there a guy somewhere in the bowels of the Immigration Department processing forms seeking self-deportation?

Rafael Nadal said that Djokovic should just “follow the rules” like everyone else.  This is the line spouted by many Australians and reinforced regularly through government propaganda and the captured media.  It’s no big deal.  Just do it.  Or we will call you names.  Now The Australian’s Janet Albrechtsen has joined the conga line of Kool-aided spokespersons for Big Pharma, Big Government and Big Tech (about whom I have written elsewhere).

Nadal’s easy “roll up your sleeve” appeal to “take one for the team” sounds reasonable and moderate, yet it is hogwash and draconian.  It takes me back to Saint Thomas More and Robert Bolt’s A Man for All Seasons.  More was a hold-out in refusing to go against his own conscience, and to publicly back Henry VIII over his feud with the Pope and his divorce from his first wife.  More’s friend Thomas Howard, the Duke of Norfolk, pleaded with him to, in effect, take one for the team.

Norfolk: Oh, confound all this. I’m not a scholar, as Master Cromwell never tires of pointing out, and frankly I don’t know whether the marriage was lawful or not. But damn it, Thomas, look at those names. You know those men! Can’t you do what I did, and come with us, for fellowship?

Even The Catholic Weekly now runs articles seeking to explain that the Covid vaccines are not dangerous and not immoral.  Like the boss in Rome, they are urging Catholics to get vaxxed.  Sound churchmen – naturally I exclude His Holiness from this cohort – from the top down beg to differ.  And, of course, everyone refusing to take the jab has his or her own reasons for so doing.  For some, though, it is undoubtedly a matter of conscience, especially given the low risk associated with not vaccinating for around 99 per cent of the population.  Why do something I find morally repugnant when I don’t need to?

Rafael Nadal is a latter-day Thomas Howard, and Novak Djokovic a modern Thomas More.  More, of course, was also derided as a weirdo in his day.  Even by his own family, who also begged him to take one for the team.  But he was a man of backbone and of belief.  He stood for things.  He was prepared to put his money – indeed, his life – where his mouth was.

It is no longer allowed.  You must leave, because, as the relevant legislation says, “the Minister is satisfied that it would be in the public interest to cancel the visa” (section 133 of the Immigration Act).

A Liberal Government condemning someone, actually fearing someone, who would stand up for liberty and against the infringement of basic individual rights.  Wow.  Whoever thought we would see that?  No wonder people of principle, independence of thought, backbone and conscience, don’t want a bar of the place any more.

Getting deported could just be the way to go.  As Kit Knightly said, who now could regard leaving Oz as a punishment?