Photos from the Field: Little Mammals in Northern Australia 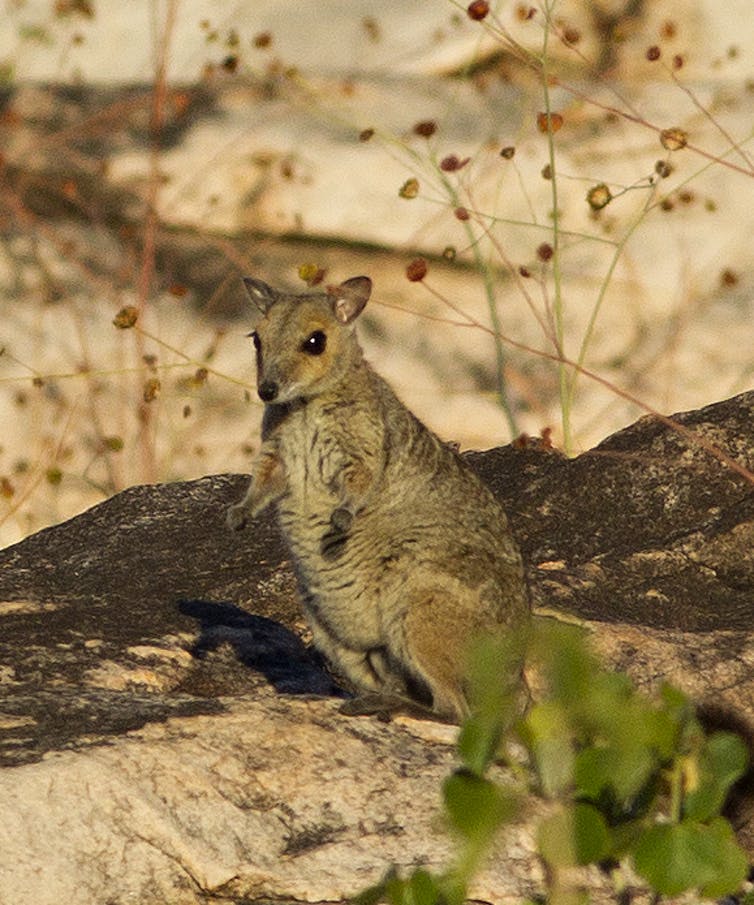 Native small mammals such as bandicoots, tree-rats and possums have been in dire decline across Northern Australia’s vast savannas for the last 30 years – and we’ve only just begun to understand why.

Feral cats, livestock, wildfires, and the complex ways these threats interact, have all played a crucial role. But, until now, scientists have struggled to pinpoint which factor was the biggest threat.

Our new research points to fire. In the most comprehensive study of small mammals and the threats they face in northern Australia, we found the length of time a habitat is left unburnt determines the number of different mammal species present, and their abundance.

This is important because Northern Australia’s tropical savanna is one of the most fire-prone regions on the planet. Our findings suggest we need to change the way we manage wildfires so we can help native wildlife come back from the brink.

The remote and breathtakingly beautiful Northern Kimberley is the only place in mainland Australia where there have been no mammal extinctions. Instead, it’s a stronghold for species that are now extinct or in decline elsewhere in northern Australia, such as golden-backed tree-rats, brush-tailed rabbit-rats and northern quolls.

It’s also home to species found nowhere else in Australia, such as the monjon (the world’s smallest rock-wallaby), the hamster-like Kimberley rock rat, and the enigmatic scaly-tailed possum.

But wildfires are a significant threat to these small mammals, as well as many other plants and animals, with many officially listed as endangered or vulnerable.

Fire is a fundamental part of savanna ecology, and up to 50 million hectares burn each year. This means only a small proportion of the landscape remains unburnt for longer than four years.

This fire-proneness is driven by the monsoon climate. Wet season rainfall causes grass to grow rapidly, and a prolonged dry season causes these grasses to dry out, creating fuel. Lightning and other ignition sources from the mid to the end of the dry season from August to December result in frequent and massive high-intensity wildfires. Climate change may be exacerbating this threat.

Fire managers, largely led by Indigenous rangers as well as state government agencies and conservation organistations, use low intensity prescribed burning in the early dry season, when vegetation is moist and conditions are cooler. This produces patchy fire scars that limit the spread of the inevitable wildfires later in the dry season.

There’s ample evidence this approach is highly effective. And yet, mammals continue to decline, and scientists have been criticised for not having the answers.

We’ve been studying small mammals in the Northern Kimberley for the last ten years, amassing the one of the largest datasets for any study in northern Australia.

However, the most vital factor was vegetation that remained unburnt for four or more years – whether from wildfires or prescribed burns. Sites with longer unburnt vegetation, including with fruiting shrubs and trees, had far more mammals.

Pyrodiversity refers to the number of patches within a landscape, with different times since the last fire, and is something fire managers try to achieve.

However, we found pyrodiversity had a negative influence on mammals. Unburnt vegetation was the only attribute that explained the higher abundance and diversity of small mammal species.

What’s more, the benefits for small mammals increase with the size of the unburnt patch – bigger is better. These longer unburnt patches provide critical resources such as food from fruiting trees and shrubs, and shelter including tree hollows and hollow logs. They also help small mammals to evade feral cats.

A conundrum for fire managers

Our findings present fire managers with a conundrum. While it’s vital to mammals, large unburnt patches are often targeted because they burn more easily and are often viewed as being risky.

We’re not suggesting there should be no prescribed burning or that current fire management has adverse effects on small mammals. In fact, we need around 25% of savannas to be burnt under milder fire-weather conditions each year to maintain longer unburnt vegetation and, therefore, achieve the best results for mammals.

However, our study does suggest fire management needs to be more nuanced than simply reducing wildfires. We mustn’t lose sight of the need to look at longer term fire patterns.

Fire management in northern Australia is already highly sophisticated. Advances in fire scar and landscape mapping mean we have tools at our disposal to take a more strategic approach.

For example, we can identify refuge areas for mammals, as well as areas that are naturally less fire prone. We can decrease the randomness of prescribed burning by focusing on recently burnt areas and landscape features, such as rivers and cliffs, that maximise the stopping power of strategic fire scars.

Indeed, ideas for more strategic fire management, with ecologically meaningful management targets, have been championed for some time, and are being further refined.

But monitoring and reporting on this needs to become more widespread, and coordinated across different fire-managed areas. New fire reporting tools, such as the Savanna Monitoring and Evaluation Reporting Framework, will help make this happen.

We realise achieving this across northern Australia’s vast and remote landscapes is a formidable and expensive undertaking. But it’s essential adequate and targeted monitoring is embedded within fire management programs, so we can better track wildlife responses.