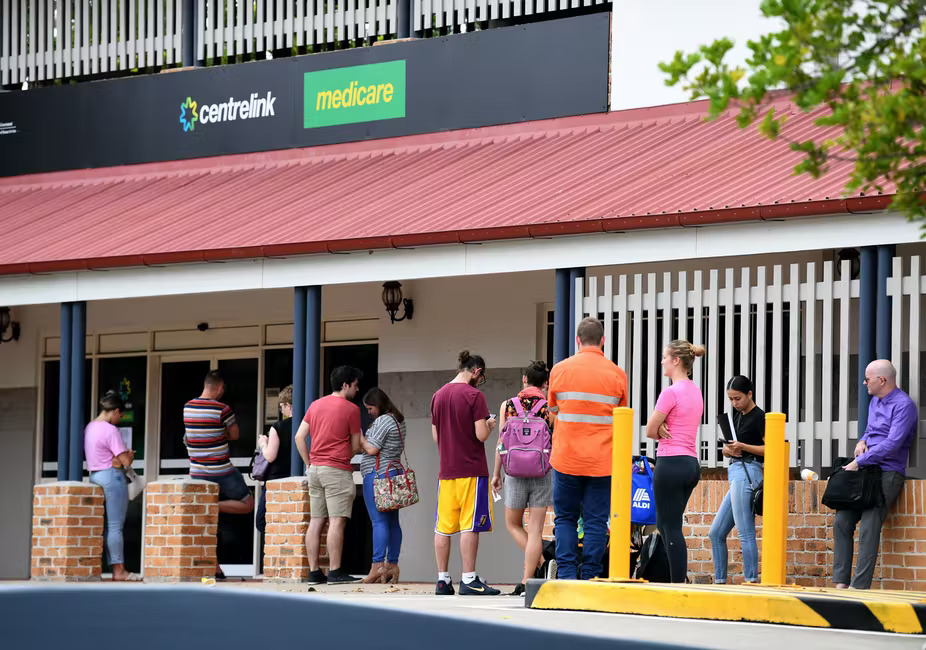 “Our recovery leads the world,” treasurer Josh Frydenberg told Australia on budget night last week. “We have overcome the biggest economic shock since the Great Depression.”

The government has repeatedly emphasised forecasts of the lowest unemployment rate since the end of the post-World War II economic boom, a time when “full employment” was the norm.

But a bigger story lies beneath the headlines. Our new report, titled Scarring Effects of the Pandemic Economy, shows Australia’s recovery has not been the rising tide that lifts all boats.

While JobKeeper and related policies cushioned the worst impacts of the crisis, the federal government has failed to address rising financial pressure or exclusion of the poorest and most marginalised in our community.

Based on two years of research, the report looks at the ongoing impact of the pandemic on social service providers in Victoria. That included organisations offering emergency relief such as food and clothing, temporary accommodation, or help for victims of family and domestic violence.

The report, launched this week, shows jobs and labour force participation are far from fully recovered in Victoria.

Melbourne had fewer jobs at the end of the Delta wave in late 2021 than before the pandemic. This problem was much worse for women already overburdened due to school and childcare centre closures and who were also more likely to be exposed to sectors with the highest job losses during lockdown, such as hospitality or retail trade.

A further sign of the recovery’s unevenness is the number of people registered with jobactive providers, which are supposed to provide services to the unemployed. This number was almost double pre-pandemic levels even before the Delta wave began in mid-2021. By early 2022, numbers remained over 50% higher than pre-pandemic levels.

The social protection afforded by emergency government spending measures in 2020 were denied to hundreds of thousands of people on temporary visas.

This is far from a marginal issue. By the eve of the pandemic, every 18th worker in Victoria had arrived from overseas within the last five years; nearly half of these came from central or south Asian countries. As one social service provider told us:

We had many international students from India and Bangladesh with no income, no family structures and no social safety net. Their resilience was limited.

Joblessness, border closures and government exclusion from JobKeeper and JobSeeker caused untold suffering, forcing many migrants to seek emergency relief for the first time in their lives. Many found themselves in an impossible situation – effectively unable to leave, unable to work, and unable to access welfare support.

In 2020, emergency relief providers reported up to a 13-fold increase in the proportion of their clients who had no income. This proportion is lower today but still yet to fall to pre-pandemic levels.

The cohort of clients with no income correlates strongly with migrants on temporary visas.

People still struggle long after the worst of the crisis

Despite a brief fall during the peak of the first wave of the pandemic, thanks to JobKeeper and JobSeeker, the pandemic drove people to emergency relief providers in record numbers.

As volunteers withdrew due to lockdowns, the pressure on active volunteers increased. In 2021, hours per active volunteer increased by up to five times and did not decline by the end of the year, even after the Delta wave lockdown ended. One worker assisting victims of family violence told us:

The burden has been huge. [Victims] were locked down with the person that’s abusing [them]. [In bound] calls have just continued to increase.

These are just some of the “scarring effects” of the pandemic which the rhetoric of high growth and low unemployment do not address.

The report shows the impact of lost jobs and income are not one-off events but have effects which persist long after the worst of the crisis has ended.

In response to these lasting effects, the report reiterates widespread calls across the sector for new investment in public housing and a significant rise in the JobSeeker payment. This would help address working poverty.

The report also calls for renewed government attention to the challenges faced by social service providers trying to assist the poor and vulnerable. These organisations and the people they’re trying to help continue to struggle despite talk of economic recovery.