OVERBOOKED: THE EXPLODING BUSINESS OF TRAVEL AND TOURISM 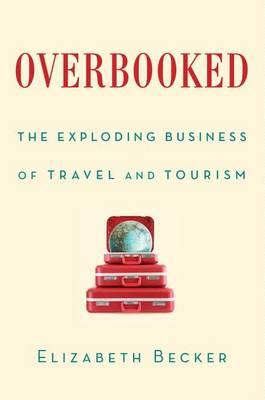 The world is turning into one vast Disneyland. Authentic travel experiences are becoming increasingly hard to come across. “Let’s go blah blah blah the tourists”, is the cry of touts from once isolated mountain kingdoms to once scarcely visited tropical islands. Overbooked: The Exploding Business of Travel and Tourism by journalist Elizabeth Becker is the most significant book to be written on the industry this decade. Tourism, fast becoming the largest global business, employing one out of twelve persons and produces $6.5 trillion of the world’s economy. Tourism is the top single revenue source in countries as diverse as France and Thailand.

The tourism  industry exploded at the end of the Cold War. In 2012 the number of tourists traveling the world reached one billion. Now everything can be packaged as a tour: with the high cost of medical care in the U.S., Americans are booking a vacation and an operation in countries like Turkey for a fraction of the cost at home.

Becker travels the world to take the measure of the business: France invented the travel business and is still its leader; Venice is expiring of over-tourism. In Cambodia, tourists crawl over the temples of Angkor, jeopardizing precious cultural sites. Costa Rica rejected raising cattle for American fast-food restaurants to protect their wilderness for the more lucrative field of eco-tourism.

Dubai has transformed a patch of desert in the Arabian Gulf into a mammoth shopping mall. Africa’s safaris are thriving, even as its wildlife is threatened by foreign poachers. Large cruise ships are spoiling the oceans and ruining city ports as their American-based companies reap handsome profits through tax loopholes. China, the giant, is at last inviting tourists and sending its own out in droves. The United States, which invented some of the best of tourism, has lost its edge due to political battles. Becker reveals travel as product. Seeing the tourism industry from the inside out, through her eyes and ears, we experience a dizzying range of travel options though very few quiet getaways. Her investigation is a first examination of one of the largest and potentially most destructive enterprises in the world.