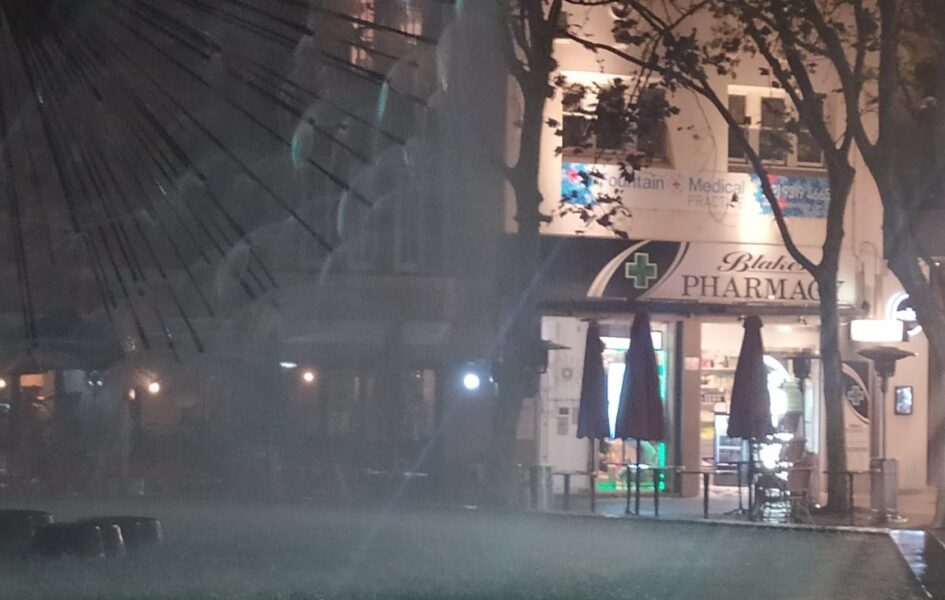 He could feel the interest gathering; there to be used and reused and discarded, a threat that could neither be eliminated nor controlled. He was trying to make alliances, there in that place, there in those hours, while his dying parent stirred restlessly and tried to stay out of the way.

He was frightened, not just of strutting military officers, but of the power beyond. Because it was all about power, in one way or another. And he was just a bridge, to be walked on, or destroyed, to be used and discarded. There was no gain and no protection. The segmentation, the partitioning, the other uses of the technology, it was only just beginning. He hadn’t understood what was happening to him, all he knew was he was being propelled, compelled.

Sentenced to obscurity perhaps, they would all be less than nought in the end. Nonetheless, seized by destiny or the gods, or those entities humans interpreted as gods, nothing was going to stop him.

“The stranger the better,” a Watcher on the Watch declared, frustrated by the slow pace of events and the rustic “dumb as dog shit” nature of some of the locals.

As in, all the better to discredit him. Go boys. Go girls. Nothing stops the river of history.

If you deliberately set out to destroy a nation you would destroy any sense of unity or national pride. Done. The Australian Government mismanaged everything and had, to the great detriment of the citizenry and the future of the country, chronically mismanaged immigration. Significant social tensions, profound resentment, crowded cities and overwhelmed infrastructure were all a result. The country was now divided not just on the basis of class, education and geography, but on race and ethnicity. The annual Australia Day celebrations had become nothing but postcards for bureaucratic agendas, principle among them multiculturalism. Anyone who disagreed was a racist. Anyone who protested found themselves the subject of aggressive surveillance, intimidation and marginalisation. Invaded from within, the psyche of once proud nationalists retreated ever inwards.

If you wanted to destroy a nation you would undermine faith in government. Done. “A catastrophic loss of faith in democracy” and “Australians faith in politics has collapsed” read two indicative headlines.

Destroy the professionalism of the public service. Done. As Bernard Keane wrote in his book The Mess We’re In, there had been “a growing problem of sheer incompetence — so much so that it was difficult to know where to start on the long list of major bungles of recent years.”

Destroy a vibrant media environment where conflicting ideas are cheerfully and intensely debated. The burrowing out of traditional values of upmarket media, including abrogation of its independence of thought and social responsibility, and the government’s elephantine manipulation and misuse of Australia’s media outlets, took place in a parallel room which left the general public devoid of understanding.

As Covid hysteria took over and the government’s blizzard of edicts and outrageous scaremongering placed it front and centre of everybody’s lives, the heavy manipulation and hollowing out of the mainstream media proved to have major consequences.

Day after day, the media fulfilled its role of scaring the population, and entirely failed to put alternative views. The general population had know idea that there were vigorous, and highly credible, information that confronted or contradicted the daily swill on the airwaves. The many critics of the government’s actions, both in Australia and around the world, were silenced by being ignored. The nation’s grandstanding politicians were not held to account.

If you wanted to destroy a country you would destroy the health and morale of your working classes. Done. To reference the book How Civilisations Die: “Obesity ravages the underclass just as assuredly as typhoid ravaged their forebears.” Demoralised boys, overweight girls, this scenario played out on suburban streets every single day.”

But all of this was known. All of this he had written about before. What was different now was the gathering storm, the urgency of it all.

He was not long back from Vietnam. He was truly psychologically exhausted from his last book, Dark Dark Policing, and had no desire to pick up the cudgels once again. Nor did he want to be where he was, trapped in a tiny house with a dying parent, the only company to be found at his local cafe in the morning or his local watering hole in the evenings.

Both of which were now gripped in fear. Or closed.

The slow dying, all of it would make sense, sooner rather than later.

Day after day, or more precisely night after night, destiny resumed, he pounded out his protest; with companionship and like minds nowhere to be found.

In case anybody, including himself, hadn’t got the message, he flushed out another story in the now daily flurry: Welcome to Australia: The World’s Newest Totalitarian State.

He parked at the car park overlooking the ocean at Shellharbour after work, threw all the car doors open, raided the bourbon in the boot, watched a storm making its way down the coast.

Gazza the steel worker pulled up beside him, and laughed at the sight. They hadn’t seen each other since the pubs clanged shut; purportedly to save their lives. Although there remained not a single case in the entire suburb; and for a disease, which, as was now becoming clear, people their age had by one estimate a 99.998% chance of surviving.

Gazza just laughed, he laughed at all his mates. And showed him a picture of the boys at a fishing club comp, a group of wild blokes having a wild time, happy as could be. “Can you believe that was only a few weeks ago?”

The idea of a rowdy fishing club get-together was suddenly not just incomprehensible, it would have been illegal, as declared by health commissars and their co-conspirators in the political class.