Glorious Journalism. Rebecca Weisser: Standing Up Against the Covid Mob 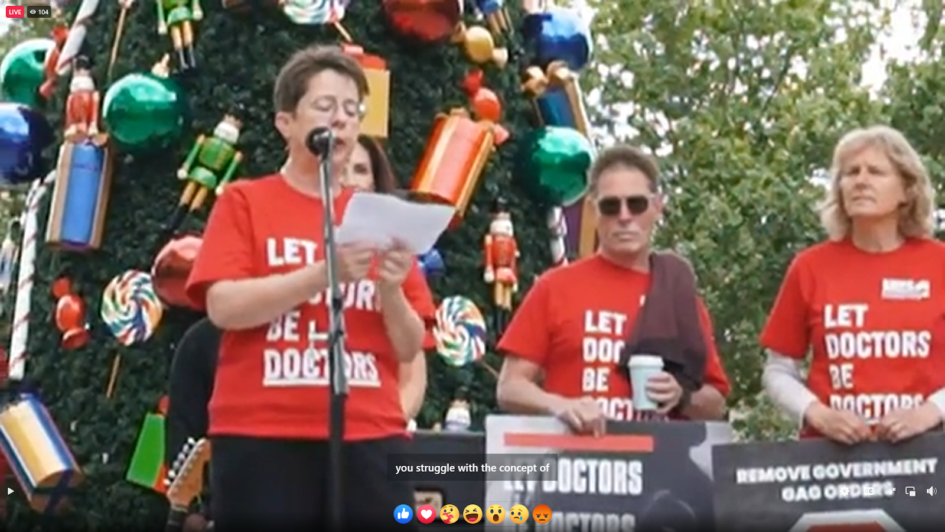 One of the only journalists in Australia to stand up against the tyranny of Covid mania in the Land Down Under has been Rebecca Weisser of Spectator Australia.

The former opinion page editor at The Australian is a formidable intellect in her own right, and represents a virtually threatened species in the Australian media landscape, a journalist not singing the demented tunes of vaccine manufacturers and their collaborators in the government sector.

The political operatives, academics, media personnel and the flotillas of health bureaucrats caught up in the shocking mismanagement of the Covid scare cannot claim ignorance.

There were well credentialed experts all around the world warning that the Australian government response to Covid was grotesque overreach which would do far more harm than good. As we have seen. And while they were rare on the ground, there was a scattering of bold hearted journalists attempting to bring the truth to the Australian public.

Weisser’s story “Wot’s in the Shots?” has been one of the best read stories on the Spectator Australia website for weeks now, indicating it has been widely shared on social media. Not a conspiracy theorist but instead one of the nation’s most highly respected journalists writing in one of its establishment news outlets.

Here is a sampling of some of Rebecca Weisser’s stories, in reverse chronological order. It is source material such as this that future historians will go to in trying to unravel what exactly went so terribly wrong in the Australia we once knew and loved.

The tide is slowly turning in Australia. Woolworths, Australia’s largest retailer, which employs 180,000 people, announced on 15 November that it would end its vaccine mandates for staff effective 22 November.

In the US, on 10 November Dr James Thorp, an obstetrician gynaecologist with over 40 years of experience including on the board of the Society of Maternal Foetal Medicine and the American Board of Obstetrics and Gynaecology, author of over 200 publications and a reviewer for major medical journals, wrote that Covid vaccinations are ‘the greatest disaster in the history of obstetrics and all of medicine’, should never have been used in pregnancy and were promoted unlawfully, with ‘falsified data’.

He notes that…in the Pfizer trial on rats, vaccine concentrated in the ovaries 118-fold in 48 hours and may permanently damage the human genome for multiple generations. Thorp writes that he has witnessed a dramatic rise in foetal morbidity, malformations and mortality since vaccination commenced, a 75-fold increase in miscarriages and a 12,000-fold increase in menstrual abnormalities.

What is in the Pfizer vaccines? Recently, Dr David Nixon, a Brisbane GP, decided to find out, putting droplets of vaccine and the blood of vaccinated patients under a dark-field microscope.

That’s a more radical decision than it might sound. According to Sasha Latypova, a scientist with 25 years of experience in clinical trials for pharmaceutical companies, the contract between Pfizer and the US government prohibits independent researchers from studying the vaccines. They claim it would ‘divert’ these precious resources away from their intended use fulfilling an ‘urgent’ need.

Is that true in Australia? Who knows? All the Commonwealth Department of Health has said about its contract with Pfizer is that it is commercial-in-confidence.

What Nixon found, and filmed, is bizarre to say the least.

15 October, 2022: Australian health authorities are asleep at the wheel.

It’s Dreamtime down under as Australian politicians and the media, led by their health authorities, sleepwalk through 2022.

Last Saturday, Florida’s surgeon general, Joseph Ladapo, released analysis showing that Covid-19 mRNA vaccines increased the risk of cardiac-related death by a staggering 84 per cent among men aged 18 to 39 within 28 days of injection. Ladapo had already recommended against Covid vaccination in children aged 5 to 17 in March. Now he has added children aged less than five and men aged 18 to 39, tweeting, ‘Florida will not be silent on the truth’.

On 16 September, an international group of scientists and doctors, led by French scientist Alexandra Henrion-Caude and American doctor Sally Priester issued a declaration of an international medical crisis due to diseases and death related to Covid vaccination. They pointed to high excess mortality in countries with high vaccination rates, ‘the large number of sudden deaths in previously healthy young people’, ‘the high incidence of miscarriages and perinatal deaths’, and the ‘large number of adverse side effects, including hospitalisations, permanent disabilitie, and deaths’.

Yet, it is as if none of this happened to the somnambulists running Australia.

11 September, 2021: The Spirit of Australia is no longer welcome in its homeland.

It was a Father’s Day to forget for many Australians. More than half are locked in their home, the rest are locked in their states. On the New South Wales-Queensland border, hundreds of dads greeted their wives and children across a plastic barrier Berlin Wall.

The nation’s leaders cheered up their captives in diverse ways. In the Hermit State of Western Australia, the Labor party circulated an electronic card so the grateful hoi polloi could send good wishes to the Dear Leader, Mark MacGow-un. In Victoria, Dan Un-drews shared a stark, poorly lit black and white photo of himself enjoying time with his family, matching the mood of the prison over which he presides.

On Monday, Andrews announced that when Victoria finally reopens it will have a ‘vaccinated’ economy and the unvaccinated will be ‘locked out’ because of the danger they pose ‘roaming around the place spreading the virus’. It might be worth it if the unvaccinated could be exempted from the vax tax that will inevitably be imposed to pay for the ‘lockdown, vaccinate, re-open’ strategy which has cost Australians more than half a trillion dollars.

28 August, 2021: Why are our premiers behaving like marauding mullahs?

Armed forces on the streets. Helicopters overhead. Sullen people unable to leave. Is it Saigon or Sydney? Kabul or Melbourne?

Australians have been incarcerated in their continental prison for eighteen months. Sydneysiders are in their ninth week of home detention. Melburnians have clocked up 200 days in lockdown. Yet almost everywhere Delta is rising. Queensland, Canberra, even New Zealand, the home of the Covid elimination strategy, is battling an outbreak.

As hopes of returning to zero Covid cases fade, Australia’s increasingly unhinged premiers try to outdo each other in a bizarre state-of-origin competition to impose the most nonsensical restrictions on their constituents.

Victorian Premier Dan Andrews is taking his lead from Afghanistan. A curfew was imposed in Kabul. Tali-Dan imposes a curfew. Outraged at people drinking cocktails in pop-up beer gardens, this Mullah of Melbourne decreed it unlawful to remove masks to consume alcohol outdoors. Intolerant of those worshipping anything other than the cult of Covid, religious broadcasts can only be produced by the same team of people. No sick leave for the God-fearing. Even the watching of sunsets has been banned because it is ‘not in the spirit or in the letter’ of Dan’s increasingly deranged diktats.

21 August, 2021: Why are we censoring scientific opinions?

YouTube says it has ‘clear and established Covid-19 medical misinformation policies based on local and global health authority guidance, to prevent the spread of Covid-19 misinformation that could cause real-world harm’. This censorship began at the behest of the World Health Organisation (WHO) which as early as 2 February, 2020, claimed that it was fighting an ‘infodemic’, a tsunami of misinformation which was undermining trust in science and the cohesiveness of societies by increasing social inequities, stigma, gender disparity and generational rift.

In less than a fortnight, this morphed into a request for tech companies to wage a war on ‘fake news’, a call they have responded to with alacrity. Initially, the ‘misinformation’ related to the origin of the virus, but it quickly included responses to the pandemic – lockdowns, masks and therapeutics.

Eighteen months on, the WHO claims that there are still no effective early treatments for Covid. This flies in the face of the research and recommendations of some of the world’s most brilliant and courageous doctors who are using more than a dozen different combinations of drugs and vitamins to prevent the initial viral infection with Sars-2 from developing into full-blown Covid.

New South Wales Premier Gladys Berejiklian made headlines around the world this week when she put soldiers on the streets of Sydney, but no one revelled in the draconian crackdown more than Beijing.

The Global Times gloated that Foreign Minister Marise Payne had said in June 2020 that ‘some countries’ were ‘using the pandemic to undermine liberal democracy to promote their own more authoritarian models’. Touché.

The use of the military aptly illustrates that the government is not implementing a rational health policy, it is waging an all-out war in which no expense will be spared. As NSW chief health officer Kerry Chant put it at the start of the latest lockdown, ‘We are just focussed on eliminating Covid’.

Helicopters filled the skies. Loudspeakers warned citizens to leave the beaches. An elderly woman was arrested because, in wearing a ‘Not Happy Gladys’ tee-shirt, she was not just exercising, but exercising her right to protest. In Brisbane, also in lockdown, an elderly man was arrested by police who refused to believe that he couldn’t wear a mask because of a heart condition until he collapsed of a heart attack.

It is all justified by the decision of the national cabinet that Covid must be suppressed until 70 to 80 per cent of Australians over 16 get vaccinated. Only then will the return of vaccinated Australians from overseas be uncapped but there will still be lockdowns.

Feature Image courtesy of the Australia for Freedom Telegram channel. It shows a scene from ongoing freedom protests around Australia, this time in Perth, Western Australia, on 19 November, 2022.