Don’t Mention the War Powers: Behind the Australian Government’s Silence 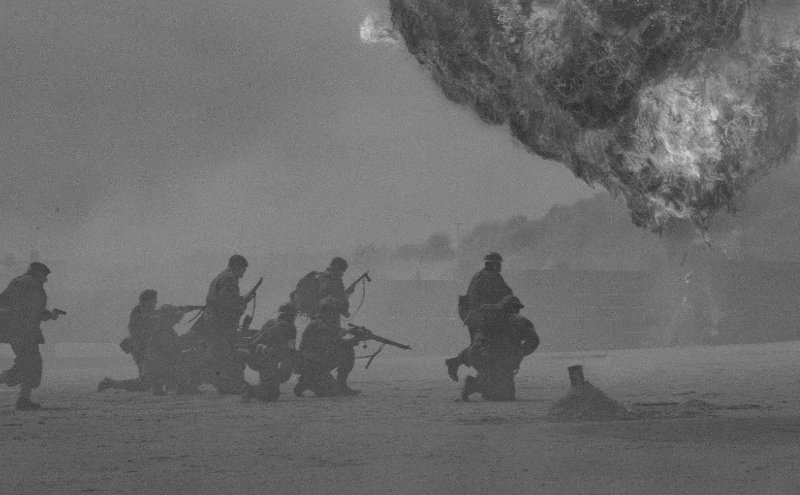 Traditionally in Australia only the Prime Minister has the power to take the country to war. It has led to Australia’s involvement in some highly unpopular wars, including former Prime Minister Tony Abbott taking the nation back into Iraq, and its longest running war, Afghanistan. Many in the burgeoning Muslim minority saw these wars as an American fueled assault on their homelands and their faith. Many in the broader community, from both sides of Australian politics, also regard Australia’s loyal involvement in America’s endless wars as anathema.

Calls for reform, spanning decades, have all been ignored.

Here Zacharias Szumer brings us up to date with the latest obfuscations from Australia’s politicians attempting to avoid this troubling issue.

Last year the Australian Labor Party committed to holding an inquiry into war powers reform. A hundred days into taking power, there is no indication of when the inquiry might happen, but the reintroduction of the Greens’ bill into the Senate may put some pressure on Labor to clarify its plans.

At Labor’s 2021 conference, federal MPs Josh Wilson and Julian Hill put war powers on the agenda. They put forward a resolution that promised that “during the term of the 47th Parliament” a Labor government would “refer the issue of how Australia makes decisions to send service personnel into international armed conﬂict to an inquiry to be conducted by the Joint Standing Committee on Foreign Aﬀairs, Defence and Trade.” The resolution was passed and the inquiry was added to Labor’s policy platform.

However, as we enter the fourth month of the Albanese government, there is still no confirmation that the inquiry will go ahead.

MWM recently contacted Wilson and Hill, both now members of the joint standing committee, to ask when the inquiry would take place. Wilson’s media adviser said that his office was “unsure about the timing of an inquiry” and Hill said it was a question for the Minister of Defence.

MWM has reached out to Defence Minister Richard Marles but is yet to receive a reply.

Meanwhile, the Greens plan to reintroduce their long-running Defence Amendment (Parliamentary Approval of Overseas Service) bill into the Senate. If passed, the legislation would mandate that “service of members of the Defence Force beyond the territorial limits of Australia in warlike actions would require the approval of both houses of the parliament,” with exceptions for emergency situations.

Over the past several decades, various iterations of the bill have been introduced to the parliament by the Greens and, before that, by the Australian Democrats. According to the bill’s explanatory memoranda, revisions to the original bill consist mainly of:

The bill’s progress has always been stymied by the two major parties, and there’s no indication that its fate will be any different this time. However, the bill’s reintroduction may put pressure on the Albanese government to clarify when, or perhaps if, they plan to launch their promised inquiry.

Labor opposed the bill when it was last read in August 2021, with then deputy opposition leader in the Senate Kristina Keneally saying that “Labor believes that this bill leaves too many unanswered questions and may have unforeseen and unintended consequences.”

Keneally also said that “federal Labor have supported and continue to support this power remaining a prerogative of the executive.” However, given that Hill and Wilson proposed the resolution calling for an inquiry at the ALP conference only months earlier, there is possibly some division in Labor over the issue.

Consider the contrast between Keneally’s statement and Wilson’s response when asked by MWM on this issue:

The very mild checks on Australia’s executive war-making power that have been in place through legislation and parliamentary convention have arguably weakened in the course of the 21st century, and it’s time to have a hard look at how we might turn that wheel in the direction of greater parliamentary involvement in the name of better and more transparent decision-making.

In late 2020, civil society group Australians for War Powers Reform commissioned a Roy Morgan poll that found that 83.3% of Australians want parliament to decide whether troops are deployed into armed conflict abroad. Around 30% said that parliamentary approval should always be required, 52.4% said that approval should be required unless there was immediate danger to Australia and 16.7% said parliamentary approval was not needed.

However, according to MWM’s ongoing survey of parliamentarians, this degree of support for war powers reform is not shared by MPs and senators in Canberra. Or, if it is, they’re not willing to tell the public about it.
The majority of respondents said they had no comment, but an even larger number didn’t respond at all. Of those that did offer a response, their position could be fairly assumed based on their party allegiance: Greens supported reform, LNP members opposed it, and Labor members emphasised the complexity of the issue and consequent need for an inquiry.

MWM recently asked newly elected Teal candidates about the issue, but most did not offer a public response. The Independent member for Warringah, Zali Steggall, said:

I strongly support war powers reform as other than in exceptional and urgent circumstances, the decision to commit Australians to an armed conflict or war should be made by the Parliament, in an extraordinary sitting and not just be the decision of the prime minister of the day.

Unlike many of her colleagues, Labor MP Alicia Payne provided a lengthy response to Michael West Media’s ongoing …

Labor said it was committed to holding an inquiry into war powers reform if elected. So far, there’s been no …