Confronting A New Age of Threat 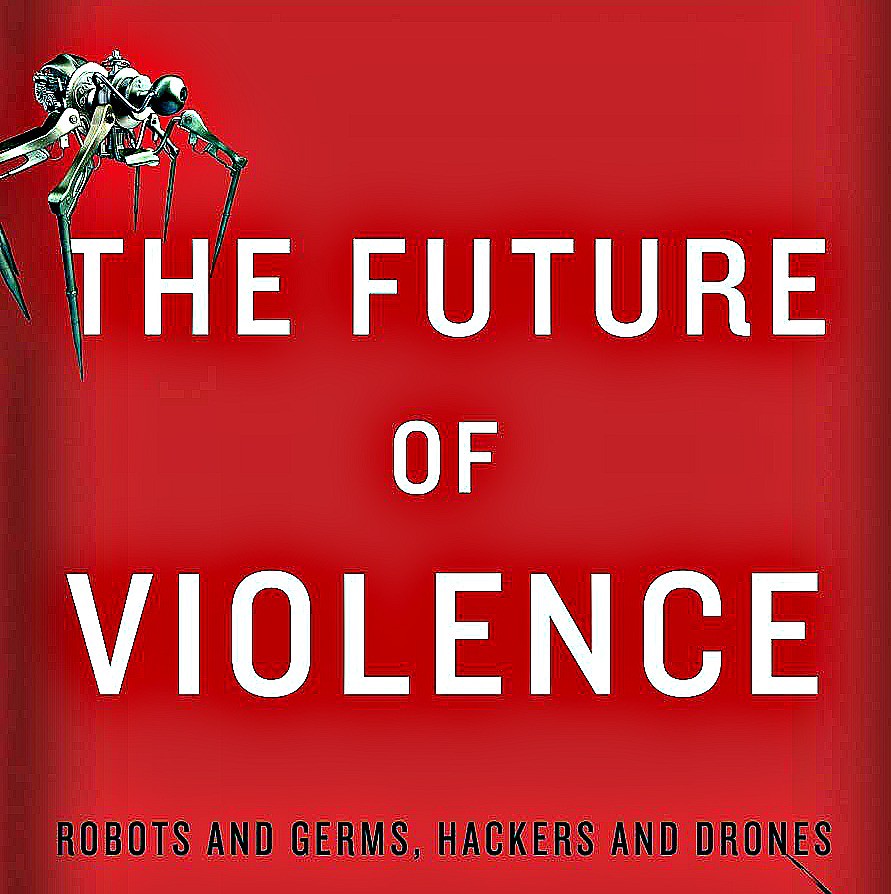 The Future of Violence: Robots and Germs, Hackers and Drones, Confronting A New Age of Threat, by security experts Benjamin Wittes and Gabriella Blum of the Brookings Institute and Harvard University Law School respectively, brings the reader into a very Brave New World.

With the creation of everything from microdot surveillance instruments to swarm cameras to insect sized flying robotic weapons to viruses which can be manipulated by ordinary citizens and unleashed on entire cities, and with the world in the midst of a pandemic, conspiracy theories are flowing free.

The Future of Violence details the myriad risks present in the modern world and argue that if our national governments can no longer adequately protect us from harm they will lose their legitimacy.

Consequently, governments, companies, and citizens must rethink their security efforts to protect lives and liberty. In this where many little brothers are as menacing as any Big Brother, safeguarding our liberty and privacy may require strong domestic and international surveillance and regulatory controls. Maintaining security in this world where anyone can attack anyone requires a global perspective, with more multinational forces and greater action to protect (and protect against) weaker states who do not yet have the capability to police their own people.

Drawing on political thinkers from Thomas Hobbes to the Founders and beyond, Wittes and Blum show that, despite recent protestations to the contrary, security and liberty are mutually supportive, and that we must embrace one to ensure the other.

The Future of Violence is at once an introduction to our emerging world, one in which students can print guns with 3-D printers and scientists’ manipulations of viruses can be recreated and unleashed by ordinary people and an authoritative blueprint for how government must adapt in order to survive and protect us.

Wittes and Blum begin their introduction to The Future of Violence with the scenario of a robotic drone spreading anthrax. But there were even more frightening scenarios: “We built walls around our countries with legal concepts such as jurisdiction. And for the most part, these intellectual, conceptual and legal constructions have held up pretty well. Yes, we had to adjust in response to al-Qaeda and other transnational non-state actors. And yes, globalization has complicated the discussion.

“But the way we think about security–what it means, where it comes from, what threatens it, what protects it, and the relationship between individual and societal security–has remained remarkably stable… This way of thinking is now out of date… The fabric of society and its governance is based on dated assumptions about a technological world that no longer exists.

“In our new world you, can pose a threat to the security of every state and person on the planet–and each can also threaten you. In our new world, individuals, companies, and small groups have remarkable capabilities either to protect others or to make them more vulnerable. In our new world, not only do privacy and security not generally conflict, but they are often largely the same thing. And in our new world, state power represents a critical line of defense for individual freedom and privacy, even as the state itself may be losing its ability to serve its purpose as the ultimate guarantor of security to its citizens.

“Driving this new environment is a mix of technological developments. There is the radical proliferation of data about individuals and technologies of mass empowerment available to individuals.

“Notwithstanding Edward Snowden’s spectacular revelations about the National Security Agency (NSA), the state’s comparative advantage in collecting data, manipulating it and, and exposing individuals to risks or protecting them from threats is actually eroding, even as bigger companies occupying ever more powerful market positions take on data collection and analytics as their business cores.

“The miniaturization and automation of weapons further weakens national boundaries–as well as the front door to your house–as effective lines of defense. Biological research and biological technology are new modes of attack. As these technologies become cheaper, more and more people have the ability to give expression to what resides in their hearts in the digital world, in the physical world, and in the microscopic coding of life itself. And as these technologies get cheaper, we become, as a global community, ever more dependent on them for our health, agriculture, communications, jobs, economic growth and development, and even our culture…

“Governments must contemplate the possibility of ever smaller groups of people undertaking what has are traditionally understood as acts of war. The past few decades have seen an augmenting ability among relatively small, nonstate groups to wage asymmetric conflicts against even powerful states.

“The groups in question have been growing smaller, more diffuse, and more loosely knit, and technology is both facilitating that development and increasing these groups’ ultimate lethality. The trend…ultimately threatens to give every individual with a modest education and a certain level of technical proficiency the power to wreck potentially catastrophic damage.

‘As a thought experiment,” write Wittes and Blum, “imagine a world composed of billions of people walking around with nuclear weapons in their pockets.”

The Wall Street Journal observed: “If such an exercise doesn’t strike you as bonkers, then I’ve got an enthusiastic book recommendation for you.

“Sadly for the rest of us, the fear-mongering in The Future of Violence is no laughing matter but rather a depressingly accurate summation of how centrist Washington has come to view the democratization of technology: with a distrust bordering on panic.”

A Sense of Place Magazine, Brookings Institute, confronting a new age of threat, the future of violence, violence