Boomers & Millennials: The Aftermath of Austerity will kill Australians too 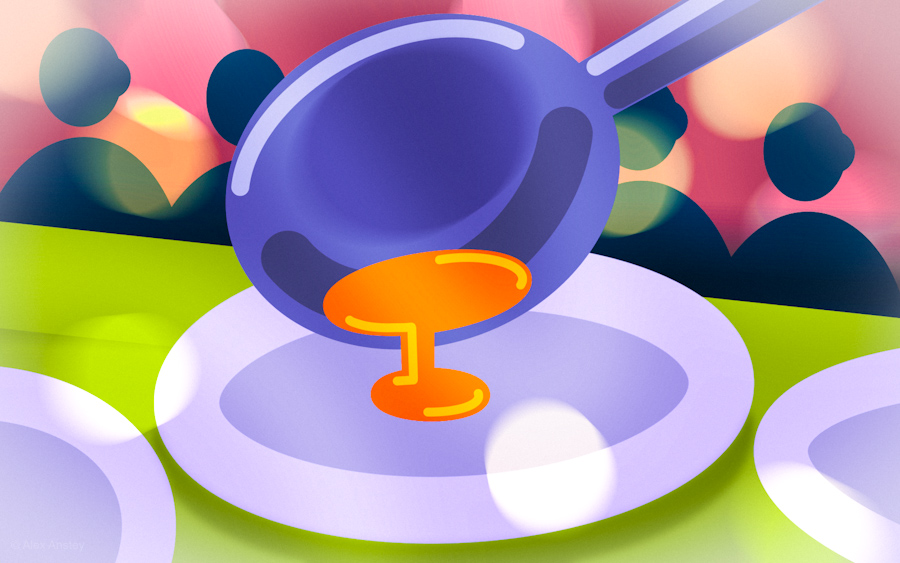 Yesterday, the Treasurer warned that restrictions aimed at stopping the spread of coronavirus are costing Australia $4 billion a week. Is it fair for the younger generation to cop this economic fallout plus shoulder Australia’s biggest economic stimulus while the Government stubbornly refuses to address controversial franking credits, negative gearing and tax-free super? Michael Tanner reports.

“Somebody is going to have to pay for this.”

Normally those words precede the final arc of an action movie, as the hero or villain seeks vengeance on those who have wronged him or her. But as the COVID-19 pandemic stretches on, confronting Australia with its first recession in 28 years and turning a promised surplus into a deficit of untold proportion, the ominous warning has become a question.

Yesterday, Treasurer Josh Frydenberg warned that restrictions aimed at stopping the spread of coronavirus are costing Australia $4 billion a week. State and Territory leaders are meeting this week on a plan to re-open Australia. Announcement as to which lockdown rules can be eased is expected this Friday.

“When all is said and done, who will be paying for this cost to the economy on top of the biggest year of economic stimulus in our nation’s history?”

The Coalition has injected a massive stimulus into the economy as a result of COVID-19 — a package worth more than $300 billion. It was widely lauded by most commentators to tackle the most challenging economic conditions the country has faced since at least World War II.

This generosity stood in stark relief to the Coalition’s election campaign promise of delivery a budget surplus. Especially when this promised surplus was effectively paid for on the back of austerity measures such as a staunch refusal to raise Newstart, which sits at 30% below poverty level.

Meanwhile, the Government forged ahead with tax cuts, both personal and corporate; refused to entertain putting a stop to the franking credits rebate; and refused to touch negative gearing, which along with the Howard Government’s reduction of the capital gains tax, has led to rampant house prices — and extraordinarily generous treatment of tax-free superannuation. These last three measures, particularly, look after society’s older cohort at the expense of younger generations.

These were the stories that dominated the economic conversation in 2019. Then the COVID-19 pandemic began its run through China and South-East Asia, Europe, the United States and Australia. As the number of cases and deaths has grown exponentially, the Government’s initial inertia gave way to an injection of more than $200 billion into the economy.

While that stimulus provides welcome relief to the millions of Australians who find themselves unemployed, talk is already turning to who will pay for the eventual reckoning.

The young and the less well off have been disproportionately affected by the near-total shutdown of Australia’s economy. Cafes and restaurants, live music venues, bars, pubs, clubs, gyms, retail — these areas largely employ younger people, frequently as casuals, and have been hit hardest by the restrictions we are living through.

Yet young people are disproportionately less likely to be affected by COVID-19. The hospitalisation and intensive care admission and mortality rates climb steeply with age, and while there are 20 to 40-year-olds who will be hospitalised, and may die, our risk is much, much lower.

As we look at statistics moving through the decades, from Gen Z to Millennials to Generation X and finally to the Baby Boomers, the risk of severe illness and death rises dramatically. Yet the older cohorts are less likely to work in affected areas of the economy; less likely to find themselves lining up at Services Australia; less likely to find themselves struggling financially in the recession that seems inevitable. As economists at the Grattan Institute have found, households headed by someone aged between 65 and 74 have an average equivalised net wealth of $1 million today, up from about $600,000 just 12 years ago. Meanwhile, younger households have made barely any gains compared to a household of the same age 12 years ago.

So as we young folk sit at home, reminiscing about the days when we took our pub visits, gym workouts, live concerts and house parties for granted, it is worth remembering that we are sacrificing all this not for ourselves. We are staying at home for the sake of our mothers and fathers, aunts and uncles, grandparents and mentors, who are more likely to have additional conditions, more likely to become severely ill and more likely to die.

Nobody knows what the economic fallout of the pandemic will entail. But as the number of infections worldwide grows, young people are losing their chance at a career and giving up their hobbies and social life to keep older generations safe. The six months of increased welfare payments are pennies on the dollar to what hundreds of thousands of younger people will have sacrificed over the course of this crisis.

While Prime Minister Scott Morrison is starting to distance himself from the proposed “snapback to previous arrangements“, Treasurer Frydenberg’s more recent comments leave no room for doubt that the COVID-19 stimulus is a temporary fix. Apparently, a Newstart payment at  $40 a day – 30% below the poverty line – is a “fair and decent welfare and safety net”. Poverty breeds poor health, and poor health begets further poverty: there is an almost direct link between lower socio-economic status and poorer health outcomes.

That the Coalition is already planning a return to such austerity is a worrying omen not only for the health of the people, but also for the health of the economy. When governments reduce spending – introducing austerity – people die. This is particularly true during and following recessions, as highlighted in the gripping 2013 exposé, The Body Economic: Why Austerity Kills, written by David Stuckler and Sanjay Basu. They tracked financial disasters, from the 1930s Great Depression in America to the aftermath of the 2008 Global Financial Crisis, when governments across Europe ruthlessly cut costs. The authors showed that austerity programs repeatedly caused thousands and thousands of premature deaths.

The dissolution of the Soviet Union in 1991 led to mass privatisation and extensive budget cuts to welfare programs in Russia. Companies were stripped down, assets sold and the economy went into free fall. High unemployment led to sky-rocketing alcoholism and suicide rates, and life expectancy for Russian men plummeted by more than five years over just four years. Italy and the United States experienced similar trends in the wake of the Global Financial Crisis.

Britain is already seeing increasing rates of mental illness associated with lockdown – particularly in the 18 to 24-year-old bracket – which is likely to be replicated here in Australia. Suicide is already a leading cause of death among young people. A triple whammy of physical and social isolation, followed by a recession, followed by government austerity will inevitably exacerbate the current mental health crisis.

The Government has promised $74 million to mental health programs, largely to organisations such as Beyond Blue. But their work, while admirable and important, treats symptoms, not underlying causes. Unemployment and poverty have long been established as major risk factors for poor mental health. For example, those looking for work are more than twice as likely to take their own lives as those with jobs. “Snapping back” to a Newstart allowance below the poverty line, when it is estimated that one in 10 workers will find themselves without a job, will turbocharge the mental health crisis we are likely to witness.

The public health costs of austerity do not stop with mental health. After the East Asian financial crisis of the late 1990s, Thailand, Indonesia and South Korea accepted emergency loans from the International Monetary Fund, loans which mandated extensive budget cuts, largely to health services. Thailand was rewarded with increased rates of HIV, pneumonia and tuberculosis; South Korea, with increased infant mortality; and Indonesia with increases in both. Meanwhile, Malaysia held out and increased health spending. Which country did not see a profound increase in rates of infectious diseases such as tuberculosis and HIV? Which country was the first to recover economically? The answer is Malaysia.

The scars of the global financial crisis have barely had time to heal, and we should remember its lessons regarding cutting government spending. Governments that spent the most on services during and after the crisis – Finland, Germany, Japan, Sweden – experienced the best health outcomes and the greatest economic growth in subsequent years. And what happened in those countries that spent the least, such as Hungary and Greece? Their financial crises continued, resulting in countless premature deaths.

Australia also increased government spending and sailed through relatively unharmed. Time and time again, reduced government spending in a time of recession has been proven to be a horrendous public health misstep. These deaths may not be widely analysed on graphs circulating in newspapers or checked religiously on a Johns Hopkins University website, but make no mistake, such deaths are wholly attributable to a reduction in government spending.

COVID-19 is rapidly becoming the biggest global economic challenge since World War II. To ensure the economic harms don’t outweigh the direct health risks of the virus, we will need to maintain government spending for more than the mooted six months. To fail to do so would nullify all the sacrifices the population is making.

What a pyrrhic victory it would be if we save the lives of tens of thousands of people through the strict measures required to tackle COVID-19 only for there to be a huge death toll as a result of austerity measures.

When the lockdown is gradually eased, restrictions lifted and the economy starts to fire up, talk will inevitably turn to getting the budget back in the black.

The solution will not be to cut government spending from where it is needed most. It will be time to seek other means of raising money — such as abolishing franking credits and negative gearing, restoring the capital gains tax, taxing wealthy superannuants.

As Robert Breunig, the director of the Tax and Transfer Policy Institute at the Australian National University has explained, our tax system advantages older, wealthier Australians, who are more likely to hold valuable assets and receive tax-free income from superannuation. It is unlikely these Australians will welcome with open arms the removal of these benefits, but perhaps they will recognise that the time has come for them to give something back to a younger generation that sacrificed so much to keep their generation healthy.

This article was first published in Michael West Media and is reproduced here with their kind cooperation.