Canberra: Police Move In. The Crucible of Change. 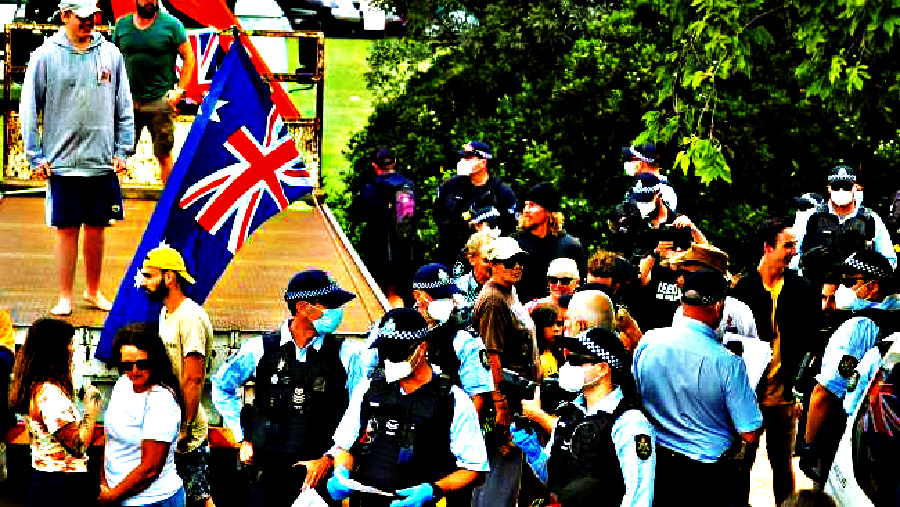 Police forces descended upon the #ConvoyToCanberra campsite early this morning, telling the protesters to move on or risk having their possessions seized.

The latest developments from Canberra.

Protesters who police say have been ‘illegally camping’ in the Parliamentary Triangle in Canberra have been moved on today, with tactical forces moving in and ordering them elsewhere.

Authorities appeared early in the morning with warnings they would move camp equipment and ‘illegally parked’ vehicles in the area, after issuing repeating similar warnings on on the previous days.

Through a loudspeaker darkly: “It is an offence for a person to camp on this land without a permit. It is an offence for persons to park a vehicle on this land without a permit. You are required to remove all vehicles, camping structures, tents and associated equipment from this location. You have one hour to comply with this request before police begin removing and taking custody of these items. Any person attempting to interfere with police in the course of their duties may be subject to arrest.”

On social media, ACT Police issued a statement at 8am local time alerting of the operation.

Soon after, a large force descended on the park and began moving in on the campsite.

“ACT Policing would like to again confirm that peaceful protesting in the Parliamentary Triangle is permitted, however, camping and parking without authority is not,” police said to the campers.

Cars began complying, while some remained confused as to what was taking place.

Police dismantled camp gear and removed property of those who refused to move.

There was some heavy-handed backup watching the operation take place in the area.

Gear and cars that are not moved might be seized, police said.

In a statement released this afternoon, ACT Police said the operation was peaceful and no arrests were made in relation to crowd behaviour. Most of the crowd moved on with no resistance.Advertisements

In fact, it was the police who once again instigated violence of any kind in the area, as seen by the following video captured on livestream of a woman being pushed over when trying to retrieve her car.

On Wednesday, three people were arrested as police tried to clear the illegal campsite.

44-year-old James Greer, a key player responsible for the planning of the events, was arrested after a search warrant was executed and police say a modified shotgun was located in his truck.

The media and detractors have already jumped all over this story.

Many have since condemned the holding of this weapon on the premise, as protesters scrambled in the afternoon to find a suitable location to replace the campsite.

They have found an alternative location at EPIC, in which scenes show a second wave of QLD convoy supporters arriving late this evening for further support.

A major rally is planned, where demonstrators say they will be marching back towards the Parliamentary Triangle in Canberra.

To see the original story, including video clips, go here.