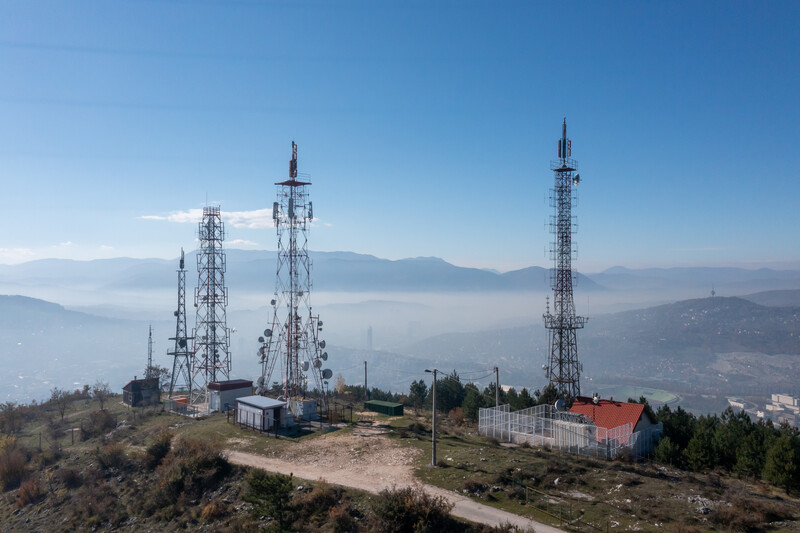 Australia has some of the slowest and worst internet in the world, a fiasco brought to its long suffering citizens by the Australian government. The newly elected Labor government has yet to say how it will “fix” the National Broadband Network, once touted as the “information superhighway of the future” and now an astronomically expensive goat track.

Fast forward to the present, and the other telco giants are variously courting and badgering the Australian Competition and Consumer Commission about the use of mobile spectrum. It’s the game that never ends in the land of Australian telecommunications.

In the time-honoured tradition of corporations, when the economics of their market-driven business model doesn’t quite work, they run to government for help. In this case, it is Telstra and TPG which want to increase their joint use of mobile phone spectrum for mutual benefit.

In the time-honoured tradition of corporations, when the economics of their market-driven business model doesn’t quite work, they run to government for help. In this case, it is Telstra and TPG which want to increase their joint use of mobile phone spectrum for mutual benefit.

TPG claims it will be truly wonderful for consumers who will be getting “higher service quality, better coverage, more choice and faster access to 5G for customers in regional areas.“

It is unclear how Telstra’s alleged share of the spoils to the tune of $1.8 billion, will equally be to consumers’ benefit.

The overseer of all things competitive, the Australian Competition and Consumer Commission, has to approve of such network co-operation as it may reduce competition. The ACCC will make its ruling in October.

The third of the major telcos, Optus is, of course, objecting, saying it will not only reduce competition but cost the country a whopping $55 billion over the next decade. I’d love to see that spreadsheet. It even threatened to stop investing in regional telecommunications altogether – a rather empty threat from a company that rarely has.

It is all familiar territory for observers of the shambles that has been Australia’s telecommunications policy for the last three decades. A policy failure that has led to a dysfunctional industry which is forced to overspend on under-utilised infrastructure and provide what is a long way away from world-class service to consumers.

Imagine if we had invested in roads the way we’ve invested in telecommunications in Australia. Let’s say you’re driving from Melbourne to Sydney on the Hume Highway – the M31. On a good day it’ll take about nine hours without stopping.

Now imagine that there is another road – let’s call it the M32 – running parallel only a few kilometres away. Sometimes you see it, sometimes you don’t, as you head up over the gentle hills after crossing the NSW border at Albury-Wodonga. It cost about the same to build as the other one, and takes about the same time to get to Sydney. Has the same amount of traffic.

How silly, you think, who on earth thought of doing that? Must have cost a fortune! But in the bizarre world of Australia’s telecommunications, that’s exactly what’s been done and what we continue to do.

We duplicate cable and wireless infrastructure all over this huge, underpopulated country. All in the name of competition. Same deal when pay-TV arrived with Foxtel and Optus. Same deal with LNG trains at Gladstone – duplication.

In telco, It’s a silliness that started with the creation and subsequent privatisation of Telstra back in the nineties. Instead of splitting out the copper line infrastructure that made up the backbone of telecommunications at that time, creating separate wholesale and retail companies, Telstra kept it all. In return it had to continue to deliver services to “the bush” – generally a thankless and mostly unprofitable endeavour.

A separate (and government owned) entity with responsibility for the generic part of the infrastructure (cables and mobile phone towers), could have allowed all existing and new telecommunications companies to compete on a much more level playing field. Instead, Telstra maintained the enormous advantage of owning the copper lines that everybody else had to use.

And as the copper lines started to reach the end of its economic and practical life, both Telstra and Optus started building coaxial cable networks in metropolitan areas. Ostensibly designed for cable TV, it was also suitable for meeting the fast growing demand for Internet data at the beginning of this century.

In the name of competition, the two companies were often seen digging trenches and laying cable up and down the same streets in metropolitan areas. It was a huge duplication of billion-dollar investments that served nobody but the companies which supplied and built them.

Then along came the idea of the National Broadband Network (NBNCo), the brainchild of the Rudd government in 2007. Tasked with building a new and modern national cable network, it was exactly what a separate infrastructure company should have been doing, but that was the opportunity lost with the botched privatisation of Telstra a decade or so earlier.

Instead, NBNCo was stymied from the start, having to either build a fibre-optic network from scratch, including the conduits to lay the cables in, or buy access to those from Telstra. The former considered prohibitively expensive, it had no option but to go to Telstra and negotiate a deal to access its conduits and associated hardware.

Negotiating with someone who knows you have no options is never a great business tactic. Eighteen months and $12 billion later, NBNCo had its deal and Telstra its windfall, without which its shareholders would have been even worse off than they already are!

And now history is repeating itself. The government has largely created the same kind of mess when selling mobile network spectrum. Instead of thinking strategically in the long-term interests of the country, spectrum was sold at competitive auctions generating billions in sales for short-term gains; serving no other real purpose than to reduce the budget deficit at the time.

The major telcos had no option but to partake, missing out could have meant competitive disadvantage and ultimately inability to compete in the crucial mobile phone market. But the billions spent has to be recovered, and that means higher prices for longer for consumers.

It is perfectly understandable that Telstra and TPG wants to combine their mobile networks. It makes economic sense. It is equally obvious that Optus is objecting to what it sees as an unfair advantage if the ACCC allows it.

It’s a mess, not of the ACCC’s doing, but they are the only ones that can fix it, at least in the short term. And the only way to fix it is to force Telstra, TPG and Optus to collaborate and co-operate on the use of mobile spectrum for the benefit of consumers.

Because that’s how it should have worked in the first place.

Kim Wingerei is a businessman turned writer and commentator. He is passionate about free speech, human rights, democracy and the politics of change. Originally from Norway, Kim has lived in Australia for 30 years. Author of ‘Why Democracy is Broken – A Blueprint for Change’.